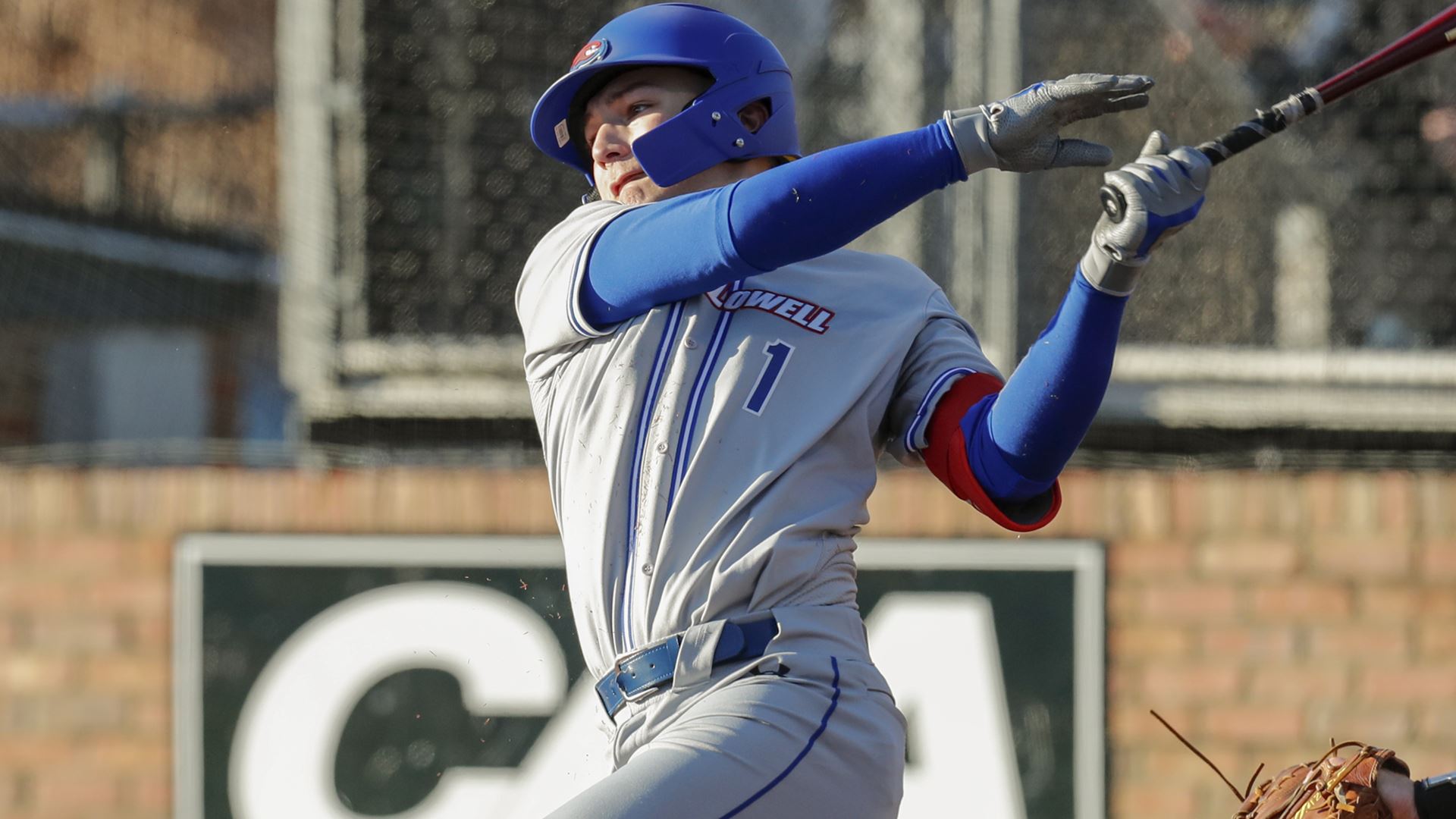 ELON, N.C. – UMass Lowell defensive lapses proved fatal, Saturday, as the River Hawks dropped a 5-2 decision to Elon in the second of a three-game series against the Phoenix at Walter C. Latham Park in Elon, North Carolina.

“We made too many errors and we didn’t hit enough,” according to UMass Lowell Baseball Head Coach Ken Harring.  “We’ve got to play complete baseball, we’ve got to be better defensively.  We’re a young team, a bit inexperienced at this level, and we’re trying to play perfect baseball.”

Elon is a team ready to take advantage of opponent’s mistakes and they did so right from the start.  An error on the first batted ball of the bottom of the first opened the door as the Phoenix put up a three-spot, one earned, before the River Hawks second turn with the bat.

The home team would add a run, without a hit, on a wild pitch in the sixth and another unearned run thanks to UMass Lowell’s third error of the ball game in the seventh.

“Duffley was great,” said Harring.  “He was able to throw any pitch in any count.  Duffley did a real good job keeping them off balance.”

Duffley worked into the sixth inning allowing just one earned run on just three hits.  The right-hander struck out just one but recorded eight outs on the ground and six in the air.  He took the loss dropping his record to 1-1.

River Hawks bats struggled for the second consecutive day against Elon pitching.  The team managed just two runs on four hits against a trio of Phoenix hurlers.  Starter Spencer Bauer threw six innings of two-hit ball to pick up his first win of the season.

“Elon’s a good team with elite pitching,” said Harring.  “They’ve got power arms and they made big pitches when they had to.  We were able to get the potential tying run to the plate, but they got the outs when they had to.”

Freshman Keagan Calero (Rochester, N.H.) was the only River Hawk with a multi-hit effort.  The hits came in his final two at-bats after battling to make contact earlier.  Calero had struck out six times over a two day period before his sixth-inning single broke the spell.

“He’s very comfortable on the baseball field,” according to Harring.  “He’s taken his lumps and learned from it.  He’s a gamer.”

Calero’s second hit came in the eighth innings as the River Hawks loaded the bases with two outs in the 8th inning but could only push one run across the plate.

The River Hawks are scheduled to send sophomore right-hander Sal Fusco (Colonie, N.Y.) to the mound Sunday in the series finale.  The first pitch is scheduled for 12:00 p.m.