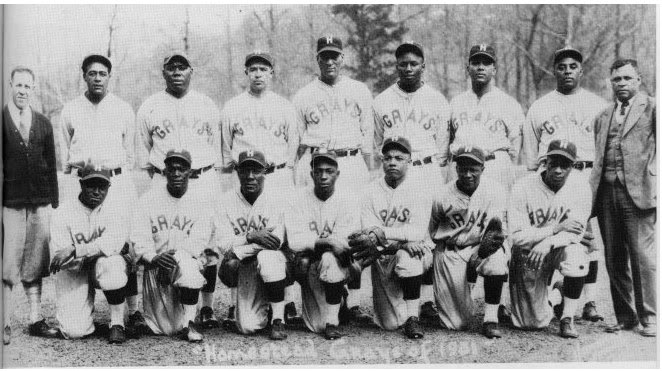 Throughout history, we have seen many great teams. Many fans will tell you that their team is one of those great teams. After reading an article by Chris Landers and talking about his article on my sports podcast, The Walker Report, I am convinced that the team he mentioned probably will never be a team that is picked the greatest of all time. That team is the 1931 Homestead Grays. Most people don’t know who they are because they didn’t have their league. The Negro League collapsed after the death of founder Rube Foster. The East/West League wouldn’t arrive until 1932. The Grays played anybody, anywhere, no matter the color of the team white or black. They played semi-pro teams, town teams, company teams, and steelworkers. Their record against these teams many would not believe. The Grays won games as if they were playing a video game.

We are celebrating the 100th anniversary of the Negro Leagues. This could be the greatest baseball team of all time. The team began its baseball tenure in the 1900s. A group of steelworkers from Pittsburgh. In the beginning, they played in local industrial leagues but became something much more with the help of Cumberland Posey. Posey was a two-sport Hall of Famer. He is the only person that is in both the Baseball and Basketball Hall of Fame. Many called him “the outstanding athlete of the Negro race”. He graduated from the University of Pittsburgh in 1915. The Negro Leagues were hot hard like many things during the Great Depression. He played for 20 years as a manager and player. The Grays roster had 11 of the 31 non-Posey Negro League players that are currently in Cooperstown. Posey didn’t care that the other Negro League owners were complaining.

What they were complaining about was that he was able to get all the skillful players. Posey had the finances to pay his players regular wages which were rare in those times. He was able to build a dream team. The Grays had Smokey Joe Williams from Texas who had the most feared fastball in the Negro Leagues. In one game, Williams struck out 27 hitters in a 12-inning game over the Kansas City Monarchs. Ty Cobb said that if Williams got a chance to play in the majors, he would have won 30 games. Another player they already had was Oscar Charleston a dynamic two-way center fielder who got moved to first base. Charleston won many batting titles in the 1920s which earned him the title the black Ty Cobb. The best of the players that the Grays had was catcher Josh Gibson.

Gibson was known as one of the biggest sluggers in all of baseball. They compared him to Babe Ruth. In 1967 a story in Sporting News said that Gibson hit a 580-foot home run at Yankee Stadium which is the back wall of the bleachers. Gibson took over for Buck Ewing after Ewing injured his hand in the middle of the game. Posey made two more additions, Willie Foster, who was possibly the best left-handed pitcher in the Negro League and Jud “Boojum” Wilson who was the best third baseman in the Negro League. His nickname “Boojum” came from the sound of the line drives he hit off the outfield wall. The Grays had six Hall of Famers in the lineup with Gibson, Charleston, Wilson, Williams, Foster, and Posey. That is more Hall of Famers than any major league team in history.

The Grays didn’t have an official league so when they scheduled teams and they flat out crushed them. Their record could be about 163-23 depending on the source. When it was all said and done, Gibson hit .390 with 40 home runs. Only five big leaguers hit 30 homers in 1931. Charleston hit .346 with 58 doubles, 19 home runs, and 26 triples. Wilson hit .486 and Vic Harris hit .403. The Grays had four 20-game winners in Lefty Williams with 23, George Britt with 21, Foster with 20, and Williams with 20. I would say this team was the beat that baseball has ever seen and it was all started by Posey.