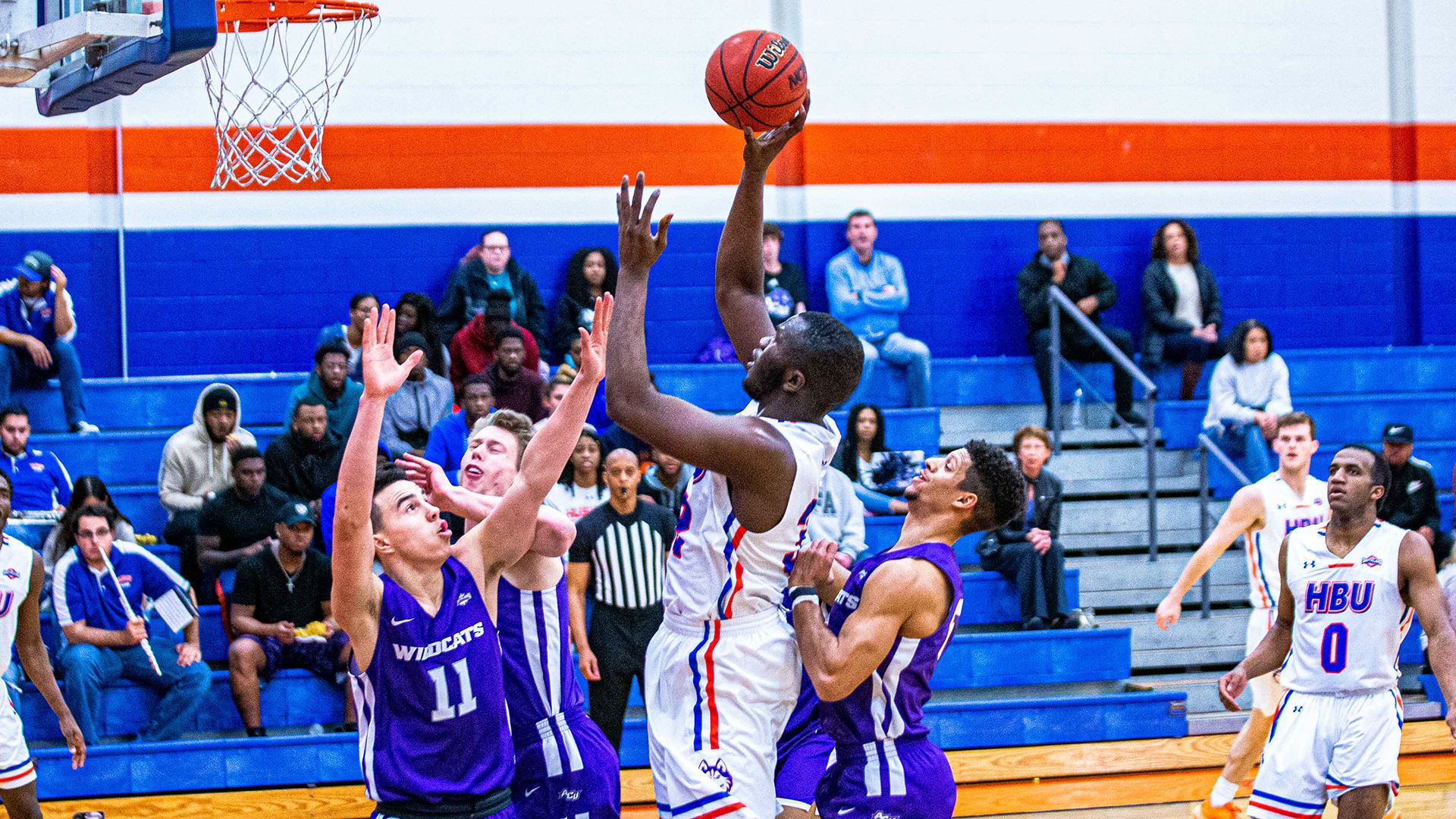 It has been one of those seasons a team wants to finish in a hurry and forget as soon as they can. The Huskies of Houston Baptist fell 82-68 to Abilene Christian and fell to 3-21 on the year. Again, the problems were the usual turnovers, sloppy play, and no fight at the end.

ACU came right out of the gate going up 6-0 on two three-pointers by Payten Ricks. He finished the night with 24 points on 9-16 shooting from the floor, and 6-12 from three-point range. Another three from Ricks put ACU up 11-8 with four minutes gone in the game. HBU got themselves together and when Jalon Gates hit a three at the 14:40 mark, the score was tied at 13-13.

ACU responded with a 6-1 run to take a 19-14 lead on two free throws from Coryon Mason. It was early, but HBU looked to be out of rhythm while ACU was in an early groove. Still, the Huskies stayed in the game and with 11:55 left in the half, it was 17-13 ACU. HBU was able to cut into the lead some more and had it down to 22-20, but another run by the Wildcats saw them increase their lead to nine at 33-24.

Up to this point, HBU was being kept in the game on the strength of the free-throw shooting of Benjamin Uloko (5-6). The big man was establishing position down low and getting to the basket. Every time HBU looked to get back into the game, ACU would go on a mini-run of their own. Ricks knocked down another three to make it 37-31 and after a basket by ACU, HBU’s Ian DuBose nailed an emphatic three to make it 39-34. That shot brought a lot of emotion from DuBose as he tried his best to fire up his team and the crowd.

By the end of the half, HBU had turned the ball over 13 times resulting in 16 ACU points. They were also outscored by the ACU bench by a margin of 18-8. HBU was pretty much lucky to just be down 44-38 going into the locker room for the half.

The second half would begin with ACU hitting a couple of shots, but a huge slam dunk from DuBose fired the team up and the score was 46-42 ACU with 15:57 to play. But as the game’s theme showed, the Wildcats would go on another run. This time it was a 9-4 run to extend the lead to 57-48. ACU’s Damien Daniels is all of 5-7 and 140 pounds, but he played much bigger. He would get two key steals and hit shots down the stretch to keep HBU at bay.

The Wildcats were simply out-hustling the Huskies and beating them to the loose balls. HBU just could not maintain any kind of momentum and when a timeout was called with 8:04 left, it was 70-54 ACU. One of the things that have killed HBU all year is the inability to stay in a game. The ability to fight adversity and not give up. A team will take the lead on them and they appear to just cave in. It happened again on this night as they never mounted any kind of threat again.

They finished the night with 21 turnovers that resulted in 25 points for ACU. Their bench was outplayed to the tune of 28-13 and they never led in this game. They were also horrendous from three-point range finishing 2-10 and shot 8-19 in the second half.

Uloko was 10-11 from the free-throw line and tallied 16 points and six rebounds.

Jalon Gates had seven points in the first eight minutes of the game but had only four more the rest of the way.

HBU goes to Huntsville this Saturday to play Sam Houston St. At this point in the year, the team is just looking for a win. Any win they can get.