Roughnecks Defense Key to 28-24 win over the BattleHawks 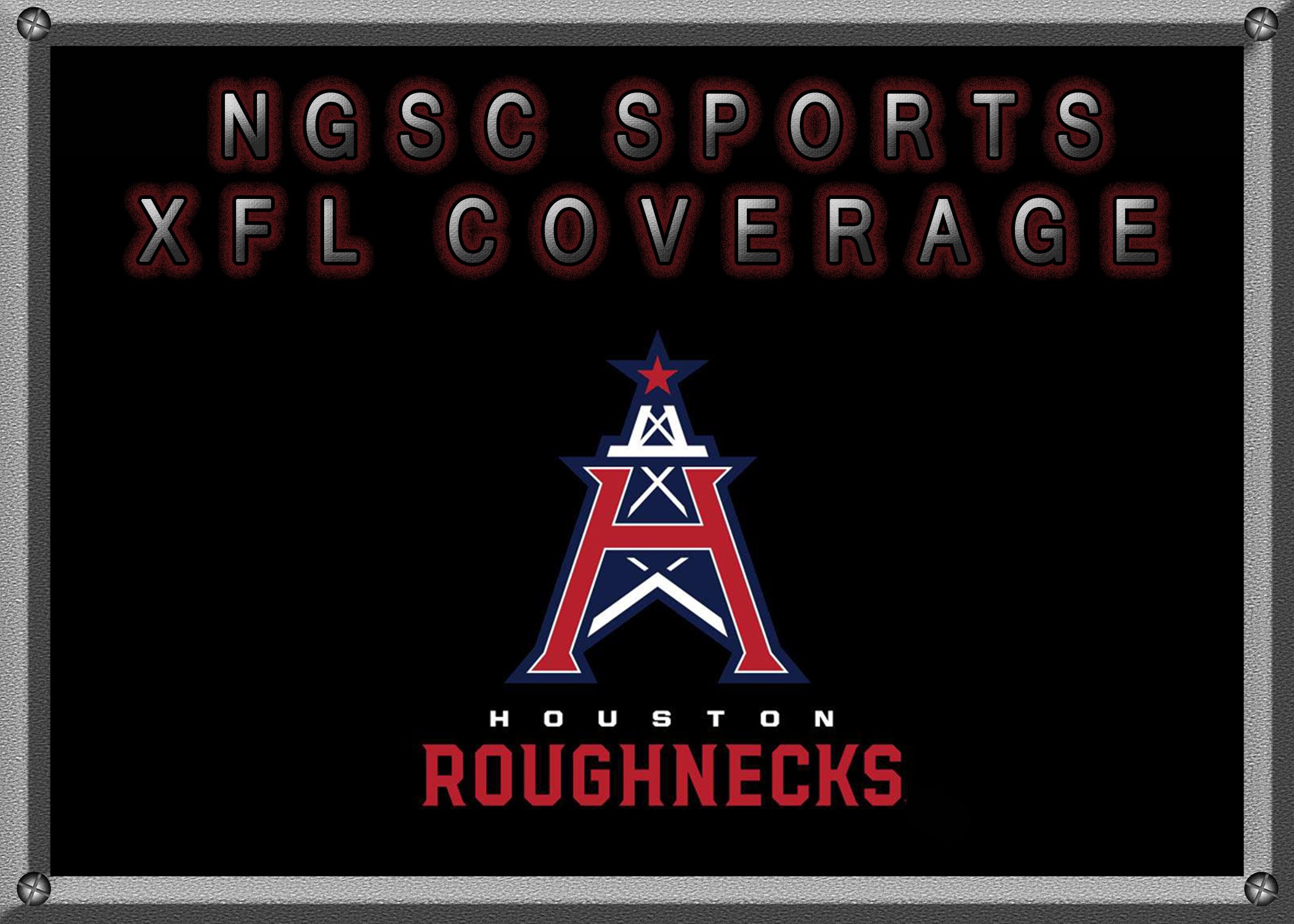 Week 2 in the XFL had the BattleHawks of St. Louis going up against the Roughnecks of Houston at TDECU Stadium. It was a beautiful day for a football game and each team was looking to get off to a 2-0 start.

St. Louis came into this game following up on a 15-9 win over the Dallas Renegades. QB Jordan Ta’amu was the star of Week 1 for his team going 20-27 for 209 yards and a touchdown pass. He also added nine carries and 77 yards on the ground.:

For Houston, it was the PJ Walker show as the young signal-caller had a huge day throwing for 272 and a Week 1 league-best four touchdown passes.

Now, it was on to this matchup to see who would come out still undefeated in the young XFL football season.

The opening drive saw Houston get the football at their own 42 after a 37-yard kickoff return by Ajene Harris. Houston moved the ball down to the St. Louis 32 when Walker dropped back and lofted a deep pass down the right side to Sammie Coates. The pass was ruled incomplete as Coates was called out of bounds before the catch. A few plays later, the Roughnecks would settle for a 44-yard Sergio Castillo field goal to make it 3-0 Houston.

St. Louis would answer back with a nine-play 71-yard drive highlighted by a 27-yard pass and catch from Ta’amu to Keith Mumphrey. The Roughnecks defense did force a third and 15, but the BattleHawks would score on a Matt Jones 25-yard reception to make it 6-3. St. Louis failed on the extra two-point attempt.

The first quarter would come to a close but not before Houston struck again on a six-play 66-yard drive that was finished off with a laser-sharp pass from Walker to Cam Phillips for seven yards and the touchdown. On the play, Walker had to overcome the BattleHawks pass rush and side-armed the pass through several defenders for six points. Walker was just short of the end zone on the two-point try and the first quarter ended with Houston up 9-6.

With 11:07 left in the second quarter, the Battle Hawks went to work but the drive was short-lived. On first and ten from their own 34, Ta’amu dropped back to pass and was picked off by Cody Brown who took it to the one. On the next play, James Butler pushed it in and it was 15-6 Houston.

Once again it was the Houston offense getting physical with St. Louis. With the ball at their own 32, Walker moved his team downfield mixing up the pass and the run. On one play, he broke free as he was in the grasp of the defender, shook off a few more and ended up with an 11-yard gain. The play sent the crowd into a frenzy and they could feel another score before the end of the half. That is exactly what they would get when Phillips caught his second touchdown of the game and the teams went into the half with Houston up 21-6.

Though the Houston offense put up all the points in the first half, it was a great defensive effort. After their initial score, the BattleHawks just could not move the football. They were stopped while attempting a fourth down play and were outplayed most of the half. The biggest stat that stuck out was the 55 penalty yards against St. Louis to none for Houston.

St. Louis did what they needed to so to open the second half. They took 6:04 off the clock on 13 plays for 72 yards. They capped the drive off with a Ta’amu one-yard pass to De’Mornay Pierson-El to cut the lead to 21-12. Though they missed the two-point conversion, the BattleHakws hoped this would turn their fortunes around for the rest of the game. On their next possession, St. Louis was able to take time off the clock and keep the Houston defense on the field for over five minutes to cut the score to 21-18.

Up to this point in the second half, Houston’s defense appeared to have lost a step. They were not playing with the enthusiasm they were in the first half. Same thing for the offense as they had trouble moving the football. With the momentum going the BattleHawks way, Houston needed a big play and they got it when Ta’amu was picked off again. This time it was Jeremiah Johnson that picked off the pass. Houston would capitalize on Cam Phillips’ third touchdown catch of the day. The one-point conversion was good and with 9:32 to go in the game, it was 28-18 Roughnecks.

We've got BALLERS in the secondary 😈

St. Louis would score again with 1:50 to go, but it would be too little too late as the Roughnecks would run out the clock on any hope of a comeback.

PJ Walker, who threw for four touchdowns last week, had three more. All of those were to WR Cam Phillips who caught eight passes for 63 yards.

The Houston running game is still trying to find their identity and compiled just 78 yards on the ground.

The Houston defense combined for three sacks and seven tackles for lost yardage.

After the game, head coach June Jones talked about Walker and Phillips saying: “They are both very hard workers, and they study the film. They buy into what we are doing. Those two guys made some plays, and that’s what you have to do. Players make plays, and P.J. did a great job moving around and making things happen.”

Phillips talked about his performance and said: “That just comes from practice. From taking the practice reps seriously. Understanding that come game day that we’re going to need to have that connection. Just talking through everything. Watching film, seeing the tendencies of the defenses.”