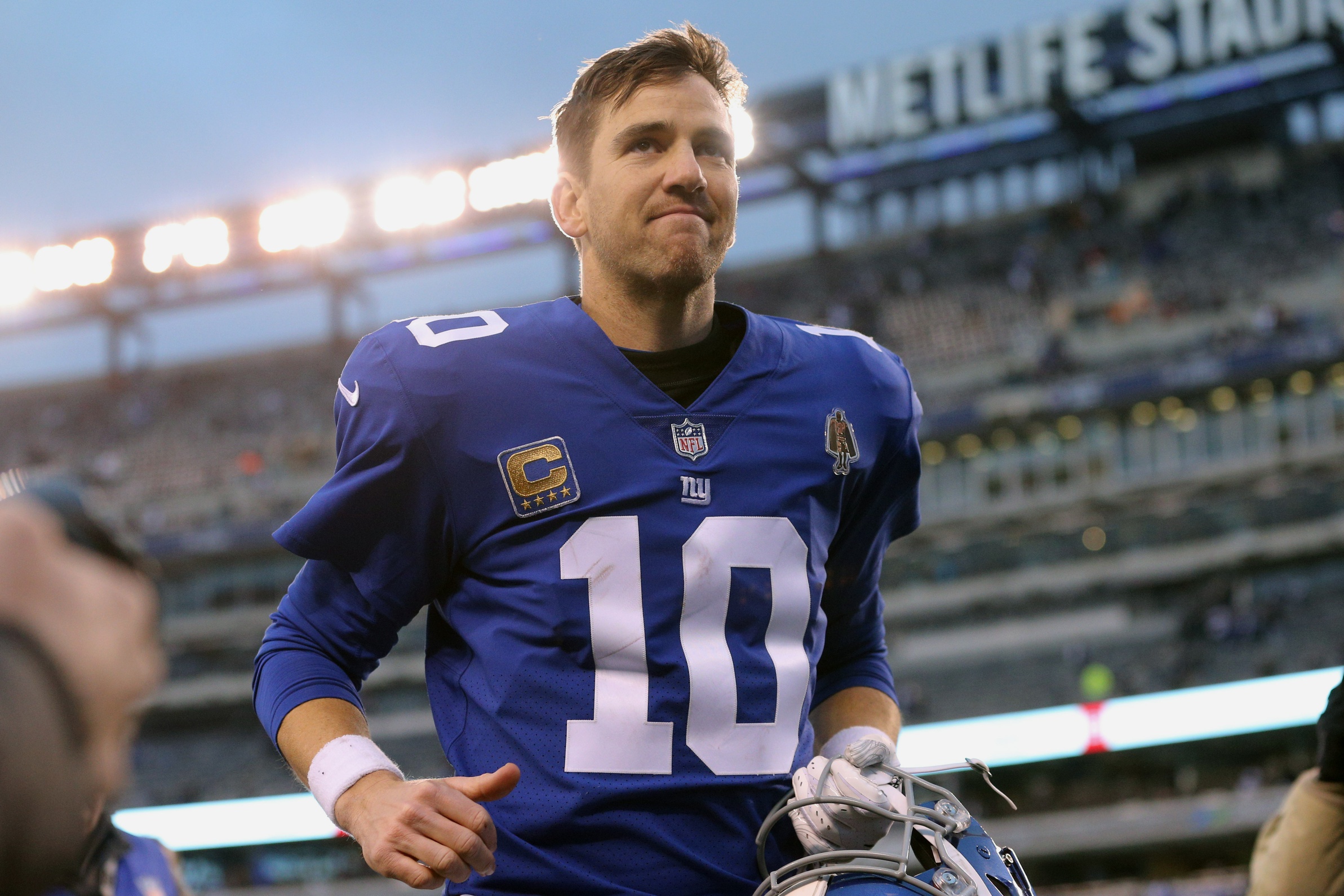 Some NFL players get to ride off into the sunset at the end of their careers. For example Peyton Manning. In his final year, he was suffering from a neck injury. He won the Super Bowl and ended his career. Now his brother, on the other hand, Eli Manning won’t have that kind of sendoff. Now, he does have the same number of rings as Peyton has. Both of Eli’s Super Bowl wins came against the New England Patriots. In the last three or four years, he has struggled. This year, for most of the season, he was replaced by rookie quarterback Daniel Jones. Jones was drafted in the first round, the sixth overal pick, of this year’s 2019 NFL draft. Most of the fans were not happy with the pick, but they have come to understand why the team made the pick now. Jones suffered a high ankle sprain and Manning got to play in the last two games. The fans welcomed him back.

Eli started his career in 2004 as the first overall pick. He was picked by the San Diego Chargers. He decided he didn’t want to play for the Chargers, so the Chargers made a trade with the New York Giants and they swapped Manning for Philip Rivers. In the 2004 season, he made seven starts but appeared in nine. This is the only other season than the one we are currently in where he hasn’t played in all the games or all but one. The reason that the Giants decided to draft Daniel Jones is that Manning has struggled in the last two years. It was also time to pick his successor. Even though he won two Super Bowl Championships and MVP’s, the Giants fans believes that he is done. Many believe that his days in New York are numbered. We will have to see what happens after this season is over.

According to NFL.com, Manning’s best years were from 2009-2016. Through these seven years he nearly had 4,000 yards or more. These were his prime years. Now many fans will ask if it is enough for him to be a Hall of Famer? Many will say that his two championships alone will be enough. He did have another 4,000 yard plus season in 2018 and threw for 21 touchdowns and 11 interceptions. This would upset Giants fans leading into this year. Daniel Jones will start after Manning was in the last four games. Eli has handled this very well. He has taken Jones under his wing.

In my opinion, Manning still has enough in the tank for a year or two. He will not be with the New York Giants and he probably  will not accept a backup job. He could do what his brother did and retire and just do TV commercials. Either way, I think he will be in the Hall of Fame. He won’t be a first ballot ,hall or famer but I think he will make it. We will have to see where he goes from here. In the end, New York Giants fans will miss Eli Manning when this season ends.

What are your thoughts on Eli Manning’s career? Leave a comment below.