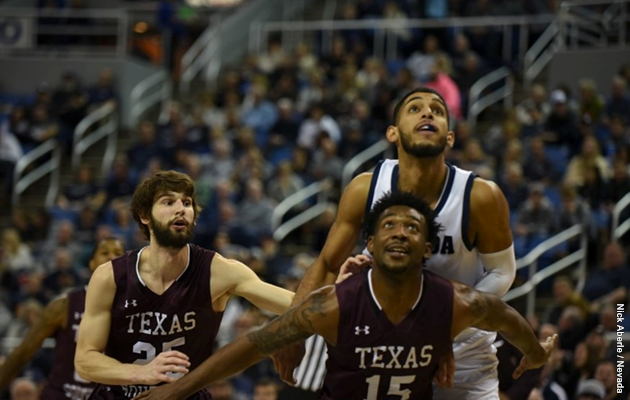 Reno, Nev. – Despite a 32-point outing from Tyrik Armstrong, Nevada pulled away early in the second half as they defeated TSU 91-73 Wednesday night.

The Tigers were down six before they scored their first basket nearly three minutes in but began to take charge as they outscored the Wolfpack 11-2 for an 11-8 lead with 12:28 remaining. TSU would continue to soar from that point as the lead grew to 20-12 three minutes later but three turnovers and five Nevada free throws turned the tide back in favor of the Wolfpack as they went on a 10-0 run to regain a 22-20 margin at the 7:15 mark.

The lead would change hands four times over the next few minutes as Nevada would push its lead up to seven over two occasions late in the half. TSU closed to within three points with 11 seconds remaining but the Wolfpack’s Jaz Johnson connected on a three-pointer with four seconds left which put Nevada up 41-35.

Nevada opened the second half with an 11-0 run to seize control of the contest as the Tigers went scoreless for nearly four minutes. TSU would close to 10 on two occasions over the next few minutes but that would be the closest they would get as the Wolfpack kept a double-digit margin the remainder of the contest.

Armstrong shot 11-of-18 from the field for 32 points as he was also a perfect 10-for-10 from the free-throw line while dishing out five assists. Chris Baldwin chipped in with 10 points with eight rebounds from Yahuza Rasas.

The Tigers are back in action Saturday night as they’ll head to Eugene, Ore. to face Oregon at 9:30 p.m.