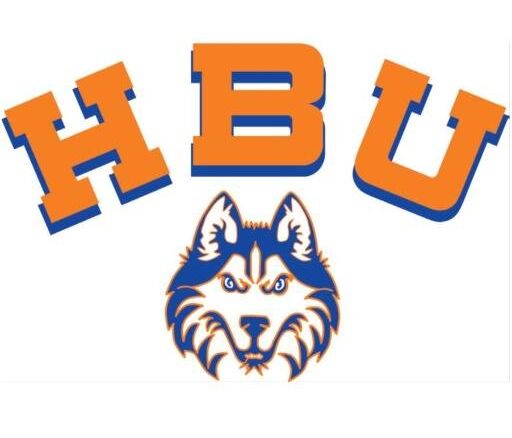 A bright clear sunny day in Houston Texas brought us the Huskies of Houston Baptist (4-6, 1-5) playing host to the Cardinals of Lamar (4-6, 2-5). It was Senior Day, the final home game of the year, and Military and First Responders Appreciation Day for HBU. Unfortunately, it was also a battle for the basement of the Southland Conference standings.

After opening up the season 4-1, the Huskies have lost five straight. Jr. QB, Bailey Zappe came into this game as the nation’s leading passer in completions and attempts. He was second in touchdowns, and third in yards passing. Marcellus Johnson would get the start at QB for Lamar.

HBU took the opening kickoff and went right to work. On first and ten from their 25, Zappe hit Coleman Robinson for a 57-yard completion down to the Lamar 17. Four plays later, RB, Dreshawn Minniweather went in from one-yard out to make it 7-0 HBU.

The Cardinals answered right back with an eight-play 57-yard drive that ended with a career-long, 51-yard field goal by Bailey Griffin to make it 7-3 HBU at the 8:18 mark of the first quarter. On the drive, Lamar QB, Marcellus Johnson used his feet to move his team down the field. He picked up a huge first down on third and two with a 16-yard scramble. On the next play, he scrambled and hit Kirkland Banks for a 28-yard gain.

Another drive by the Cardinals saw them get three more on a 36-yard field goal by Griffen. The kick was made possible by a huge penalty against the Huskies. On fourth and one from the HBU 35, the defense came up with a big paly to stop Lamar. But a face mask by Andre Walker gave new life to the Cardinals. With 1:41 to go in the first, it was 7-6 HBU.

HBU would come right back with a seven-play 68-yard drive that ended with a Gino Garcia field goal to put HBU up 10-6 at 14:12 of the second. The drive was highlighted by two big pass plays that put the ball at the Lamar four.

Just like that, Lamar came right back with another drive of highlighted by the legs and arm of Johnson. He would put the Cardinals up 13-10 on a four-yard run

At this point in the game, both defenses just could not hold. The ability of Johnson to get around in the pocket kept HBU off balance. For HBU, the offense kept moving on the strength of big plays that the Cardinals defense could not stop. The HBU running game could not get anything going as well.

Later in the second, Jerreth Sterns caught a seven-yard pass for the score and it was now 17-13 HBU. A Lamar turnover gave the ball right back to HBU and a double reverse saw Zappe hit Sterns, who was wide open, for the 30-yard score. It was 24-13 HBU.

Just before the half, Lamar drove the ball down to the HBU 36 and Griffen got a new career-high when he hit a 53-yard field goal to make it 24-16 HBU. The two teams finished the half when Garcia missed a 55-yard field goal attempt.

The third quarter got underway with both offenses not getting anywhere. Then, HBU went back to punt on fourth and 12 from their own that was botched and gave the ball to Lamar, first and goal at the two. From there, Johnson took it in to make it 24-23 HBU.

After HBU failed to move the ball, they punted to Lamar, but a muffed punt caused a turnover and HBU was in business at the Lamar 20. On the next play, Merriweather fumbled the ball and gave it right back to Lamar.

With 11:52 left in the game, LU QB, Johnson got hurt and Shane Johnson came in to replace him. Lamar would settle for a field goal to make it 31-26 HBU.

From there, the teams would trade possessions with nobody getting the advantage. Late in the game, HBU had a chance to go up eight points, but a Garcia field goal attempt was blocked to set up Lamar. They had a chance to win the game with 3:18 to go and the ball at their own 49.

With 1:15 to go Lamar faced a fourth and one and came up short. All HBU had to do was run out the clock and they did just that to end a five-game slide. The final score was 31-26 HBU.

Next week, it’s off to Huntsville for the season finale against Sam Houston St.

Zappe would finish 14-27 for 251 yards, three touchdowns and be sacked four times.

Minniweather started out slow but finished with 145 yards on 18 carries, a 7.2 yards per rush average. He would also add a touchdown and fumbled three times.

Sterns had five catches for 53 yards and caught all three touchdowns passes from Zappe.

HBU hurt themselves with the penalty all game long getting a total of 10 for 72 yards.

Stay tuned next week as NGSC Sports travels to Huntsville Texas for the game against Sam Houston St.