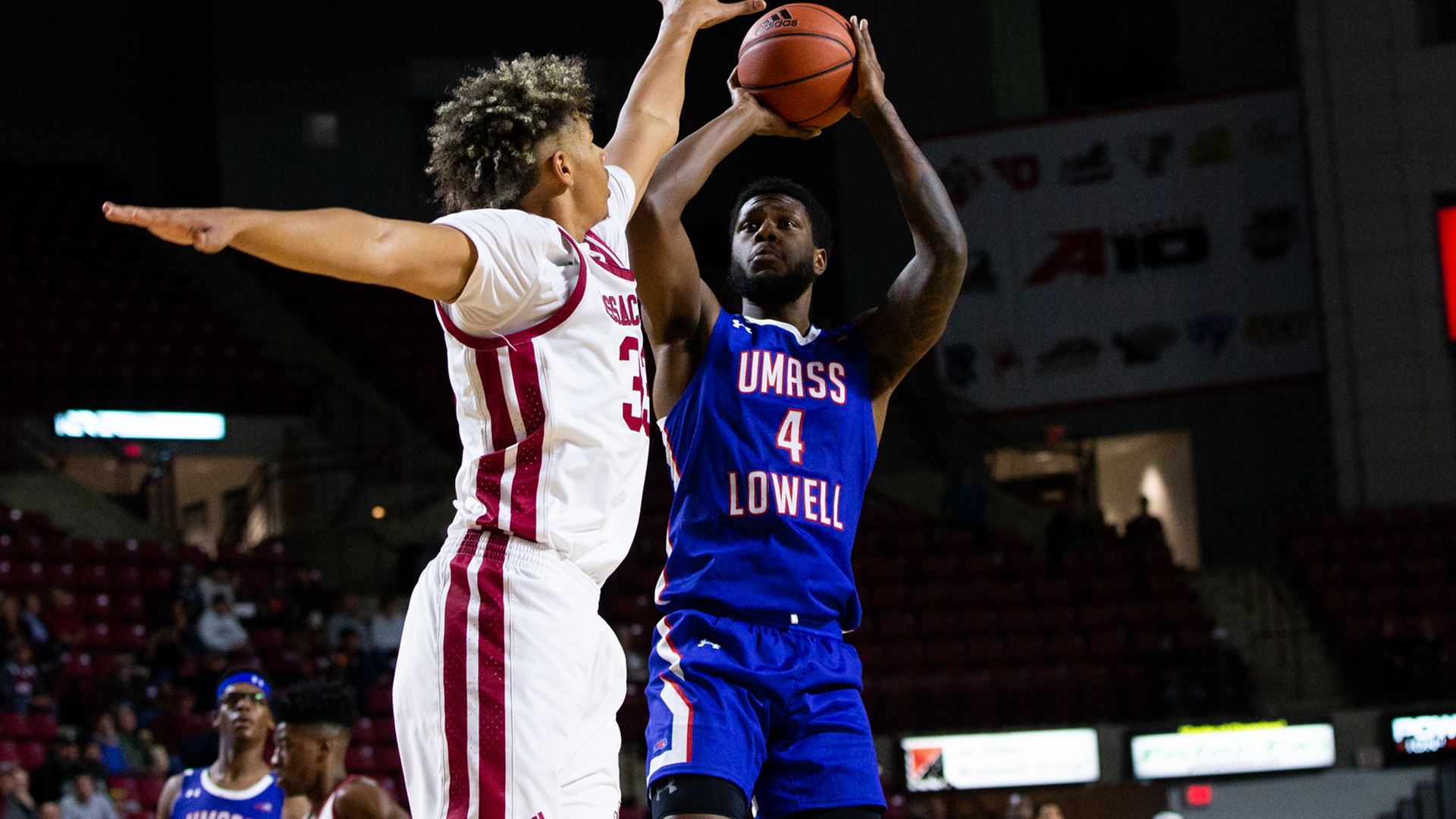 For the first time in the 2019-20 season, the UMass Lowell River Hawks (2-2) played in front of the home crowd. Their opponent, from D II, was the UMass Boston Beacons (0-1) who were opening their season on Tuesday night. The River Hawks had control for most of the night and came away with an 88-45 win. They shot 50 percent from the field and finished the game with a 31-0 margin on fastbreak points. Everyone on the roster played at least ten minutes, something that head coach Pat Duquette said: “was the plan all along.”

For the River Hawks, this might have been viewed as a bit of a tune-up for the upcoming schedule which has them playing to their next seven at home. That includes their own tournament which begins this coming Friday. Coach Duquette talked after the game about needing everyone for the upcoming three games in three days event.

The first half saw the player of the week in America East, Christian Lutete, keep up his torrid scoring pace. His 15 points led the team as they raced out to a 23-point lead with 4:38 left in the half. It would be their largest lead of the first half as eleven players got into the game for UMass Lowell.

They would convert on 16 fastbreak points and have a 16-5 advantage off the bench. The only thing the coach was not happy with was on the defensive end where he believed his team must get better at. In the second half, the River Hawks kept their foot on the pedal increasing the lead by as much as 45 points, 86-41 on a Ron Mitchell (eight points) jumper. Lowell would finish the game having the lead for over 38 minutes of the game and doing what they needed to do to get win number one at home.

Three players ended the game in double figures, Lutete had 19, Obadiah Noel with 14 points and Joey Glynn off the bench with 10 points and two rebounds. Afterward, Glynn talked about “the great feeling it was to final play at home after starting the season with three games on the road.” He was also happy with his team’s ability to share the basketball getting 26 assists on 33 made baskets.

For the Beacons, one player finished in double figures and that was Charles Mitchell, the 5-10 junior guard out of Boston. He had 15 points and no turnovers for the night. UMass Boston held their own on the boards being outrebounded by only six, 46-41, but putting the ball in the basket was a bit of a problem (18-for-70 for 25.7%).

The River Hawks now get ready to host the very own invitational event. The River Hawk Invitational starts on Friday with UMass Lowell taking on Jacksonville at 7 PM. Before that, the other two teams in this three day affair will play, Dartmouth vs Merrimack.This will be a round-robin tourament with all four teams getting the chance to play three games. An early test for each of these teams for sure, but one that should help get them ready for the rest of their year.