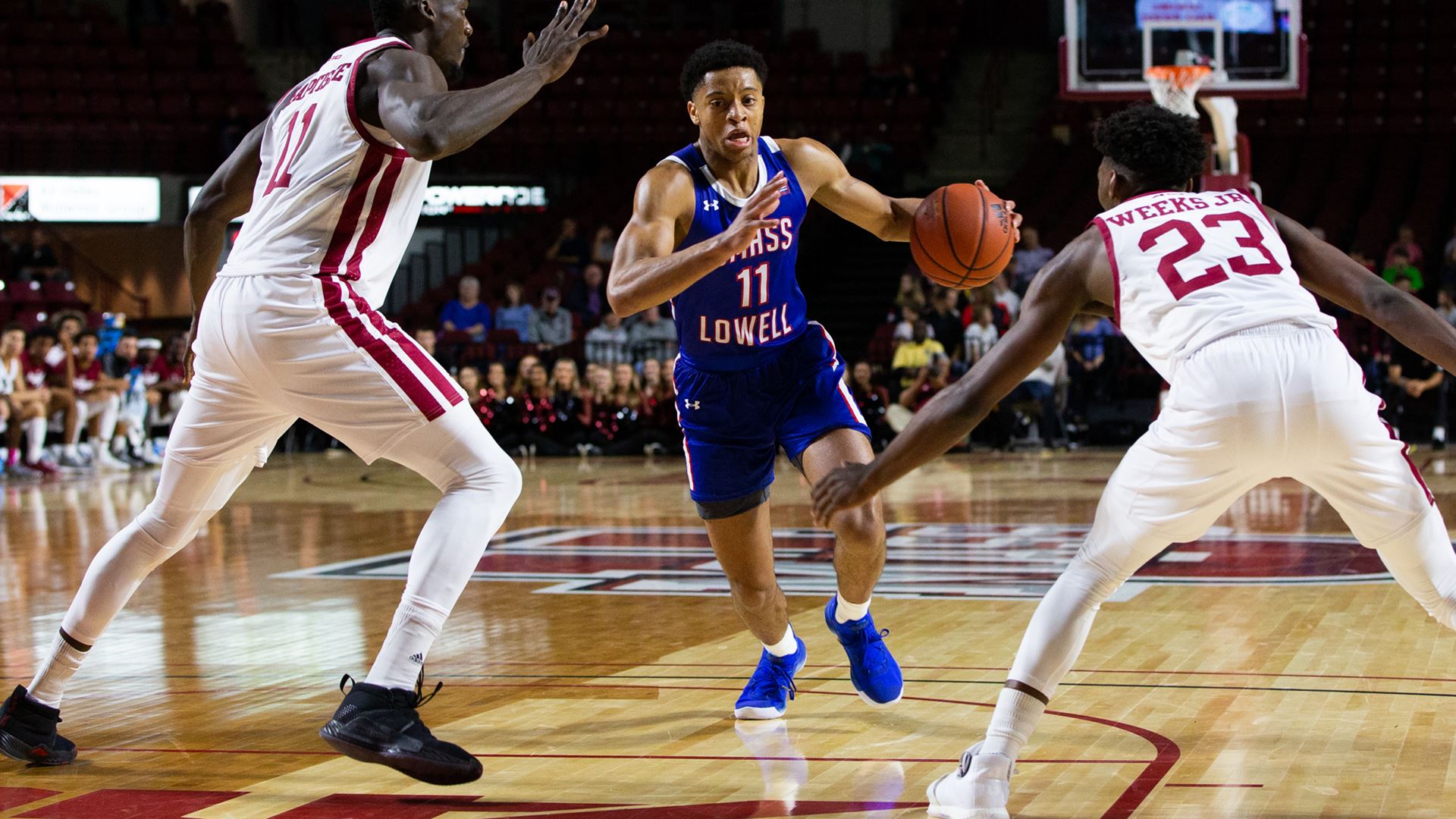 “I thought we lost to a team that played very well tonight,” said Head Coach Pat Duquette. “I thought we would give them a little more of a game because we had a pretty good team coming back, but they did a great job. I thought the press was very effective. Generally, we play well against pressure, but for some reason, we didn’t tonight and that kept us off balance. We made a couple runs at them in the second half, but they hit some big shots.”

Noel shot 50 percent (7-14) from the field in the contest. Graduate student Christian Lutete (Silver Spring, Md.) chipped in with a double-double with 17 points and a game-high 13 rebounds, while junior Jordyn Owens (Montclair, N.J.) added four assists.

The teams traded baskets in the opening minutes of the new season and were tied at 7-7 through the first five. Graduate student Josh Gantz (Grove City, Ohio) forced a steal and tossed a long pass ahead to Lutete for the go-ahead bucket, but UMass Amherst followed with an 11-1 run to pull away, 18-10, with 11:55 remaining in the half.

Lutete snapped the silence from the field with a three from the far corner and Owens followed with three points of his own to make it a four-point game, 20-16, at 9:02. The home squad built its lead to as many as eight, but the River Hawks fought their way back to within a basket thanks to a one-handed slam from sophomore Darius Henderson (Pasadena, California) that made the score 36-33 at the break.

Coming out of halftime, the Minutemen tallied six of the first eight points before mounting a 13-2 run during a seven-minute stretch without a River Hawk field goal to extend their lead to 55-39 with 11:13 left to play.

The River Hawks answered, though, as Noel would jam one home in transition to spark a 14-6 spurt that put the visitors back within single-digits, 61-53, at 6:03. Just over a minute later, freshman Ron Mitchell (Philadelphia, Pa.) drove to the hoop to cut it to seven at 64-57, but the River Hawks were unable to come any closer, as the Minutemen pull away for the 79-64 decision.

Tuesday’s contest marked the seventh meeting between UMass Lowell and UMass Amherst. The Minutemen own a 6-1 advantage all-time. The River Hawks will now head to Brooklyn to continue their season-opening road swing at LIU on Friday, November 8 at 7 p.m.