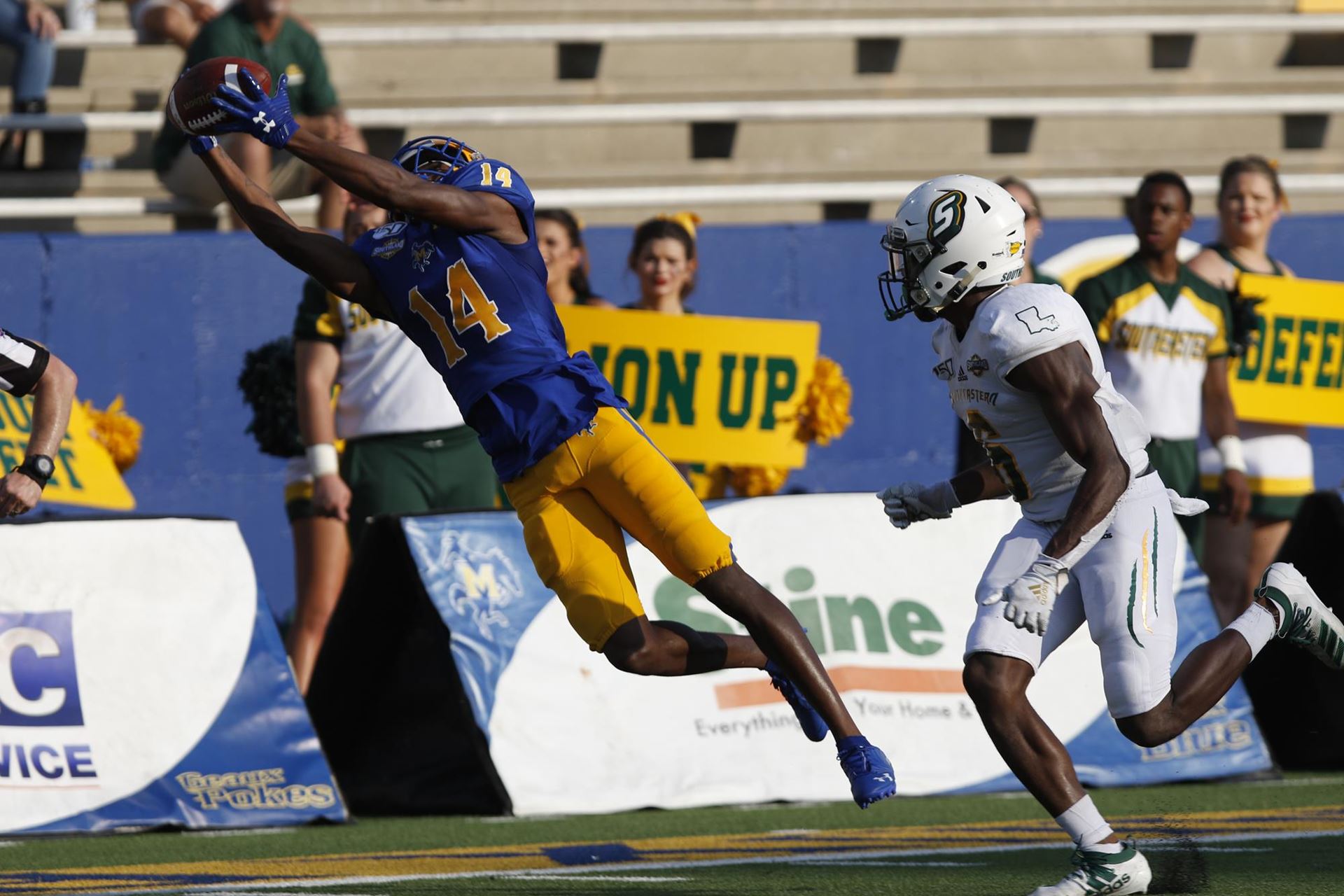 Sam Houston State remained unbeaten in Southland Conference play with a 31-20 win over Stephen F. Austin Saturday in the Battle of Piney Woods. The Bearkats would strike first when Josh McGowen ran it in from two yards out for the 7-0 lead. K Storm Ruiz would make it 10-0 in the second, but the Jacks would get it back with two touchdowns of their own to take a 14-10 halftime lead. The teams would not score in the third, but the fourth was a barn burner. After a field goal by each team made it 17-13 SFA, Eli Jones would pick off Ty Bock and take it back 28 yards for a 20-17 SFA lead. But SHSU would tally the games’ final two scores to secure the win. SHSU LB Royce See earned Defensive Player of the Week honors with two interceptions, a forced fumble, and a fumble recovery. SHSU is now 4-2 and 3-0 in conference play. SFA falls to 1-5 and 1-2

Down in Bayou country, it was #19 Southeast Louisiana traveling to McNeese looking to stay unbeaten in conference play. They would get off on the right foot taking a 10-0 lead on a Cody Orgeron 20-yard touchdown pass to Davion Curtis and a Bailey Raborn 21-yard field goal. Both scores came as a result of SLU turnovers. McNeese would stretch the lead to 24-3 before two scores from SLU made it 24-17 Cowboys at the half.  A 21-yard field goal and a 60-yard touchdown pass from Chason Virgil to Lorenzo Nunez gave SLU their first lead of the night at 27-24. But in the end, big plays gave McNeese the win. The first one was from RB Elijah Mack when he got 13 yards on a third and 13 from the eight-yard line. Another big play was when Orgeron connected with Rhashid Bonnette down the sideline for a gain of 34. The drive ended with Orgeron hitting Trevor Begue for the game-winning 33-yard score. McNeese is now 3-3 and 1-2 in conference play. SLU is now 3-2 and 2-1.

Lamar came into their contest against Abilene Christian having lost three games in a row. The responded by totaling 525 yards of offense and controlling time of possession. Senior QB, Jordan Hoy was brilliant going 26-32 for 338 yards and two touchdown passes. He also added 103 yards rushing on 21 carries and another score. The beneficiary of his air attack was Kirkland Banks with a career-high 10 catches for 145 yards.  The defense held ACU to 289 total yards of offense and 3-11 on third-down conversions. ACU did take the lead back a couple of times, but in the end, it was 10 fourth-quarter points in a three-minute span that sealed the win for LU. With the 27-24 win, Lamar goes to 3-3 overall and 1-2 in conference play. ACU falls to 2-4 and 1-3.