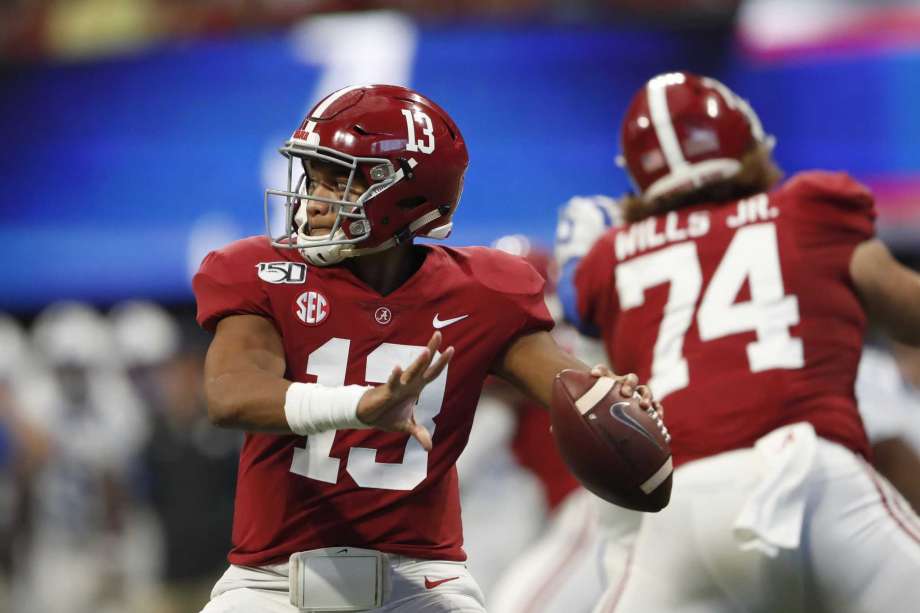 Week three of Against All Odds: NCAA/NFL Picks has been cemented into the books… Like last edition, I went 6-4 on the week and my dad went 5-5. Both of us could’ve seen better or even worse records if it weren’t for some curious calls and unbelievable endings.

What shall this week bring for both of us?

Against All Odds: NCAA/NFL Picks Week 4

The Badgers have been on fire and the narrow escape by Michigan over Army worries me greatly. It pains me to take Wisconsin over my beloved Wolverines, but I just don’t trust them to come up big here.

This, by all accounts, should and will be a slaughter… question is, will ‘Bama screw me and not make the cover again like they did last week or will they open a can of whoop ass by over 35 here? I’ll try my luck again with the Crimson Tide.

Pitt is at home, and the Panthers made everyone eat that ridiculous 17.5 spread last week at Penn State, a game that they should have won outright. UCF has scored 30+ points in 29 consecutive games. Both that streak and their winning streak will be coming to end end this Saturday afternoon at Heinz Field. H2P.

The Mountaineers surprised a few people last week by taking care of N.C. State. Now they have a good chance of making it a winning streak vs everyone’s favorite patsy, Kansas.

Miami has taken over for Cleveland as the league’s doormat. Up next to fry the Fish are the Cowboys. Get the yellow tape ready…

The hapless Broncos travel to Lambeau where they will get plenty of tasty cheese and an asskicking to boot. It’s off to the glue factory for these horses.

The Ravens get their first true test of the year, and will will go as badly as expected. Patrick Maholmes and the Chiefs are gonna scalp Baltimore.

The Jets are down to… someone at QB… it’s the 3rd stringer and his name is Luke Falk. These Jets will be grounded and pounded. This will get ugly.

Pittsburgh’s season hangs in the balance as Mason Rudolph takes over for the injured Ben Roethlisberger. Free Safety Minkah Fitzpatrick joins the Steelers secondary via trade as well.