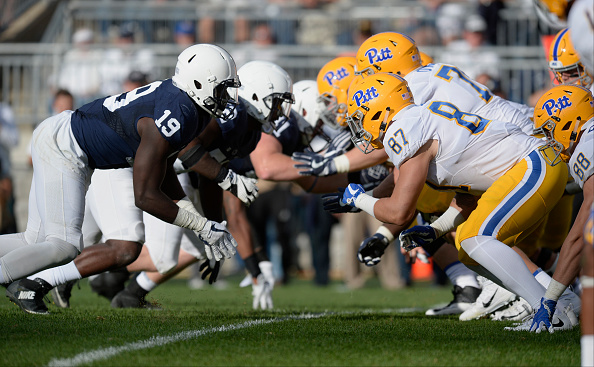 Week Two is in the books and I was able to pull off a winning week with a 6-4 record. Dad came close at 5-5, but for the year, I now have a three game lead over my him with a 11-9 record. Let’s just say I am not happy with Clemson’s Trevor Lawrence throwing a late interception that allowed Texas A&M to make the cover. 7-3 and even 8-2 was just a few idiotic plays from becoming reality. As for the Steelers being demolished by the Patriots?

No comment… though, how about we discuss one Antonio Brown.

How many chances does this guy get? Ben Roethlisberger was originally suspended for six games over an allegation… not a conviction. Tom Brady missed four games over some ridiculous deflated footballs. Antonio Brown weaseled his way out of Pittsburgh to Oakland for a 3rd and 5th round pick. He then missed just about all of Raiders Camp with frostbitten feet, and bitching and moaning about being forced to wear a new league mandated helmet.

That was just a warm-up, as Brown then threatened Raider’s GM Mike Mayock with violence, called him a racial slur, apologized the very next day, before going crazy again that night, illegally taping a phone conversation with Raider’s head coach Jon Gruden, then putting it on YouTube, and then exploding again the next day, demanding the Raiders release him after he found out Oakland fined him over 250K, thus forfeiting Mr. Big Chest’s guaranteed contract of nearly $30 million.

Oakland did adhere to his wishes, of which he celebrated like no human would ever celebrate upon learning they just pissed away 30 million dollars… that is due to the fact he knew the New England Patriots were ready and eager to snatch him up to their already tainted legacy.

Let’s not forget about Brown’s other offseason troubles in which he tossed furniture off of a balcony at one of his apartment residences, nearly hitting a small kid in the process, angry over a dispute with the building landlords. He also stiffed a chef out of 40 thousand dollars over a dinner he had prepared for Brown and his Pro Bowl teammates.

Now Brown stands accused of sexual assault… yet the league just stands idly by, as he prepares to suit up for the Patriots in Week Two vs the Dolphins.

Call me crazy, call me what you want, but this Saturday, Pitt is going to shock over 100,000 people into dead silence. Mark that down.

WVU is fresh off a beating by Missouri. Can they make amends at home vs North Carolina State? Nope.

Alabama is certainly good for one thing… and that is covering spreads. Roll Tide Roll!

USC faces a stern test on the road at BYU. Tough game, but I like the Trojans to cover late.

How real are the Wildcats of Kentucky? We’re about to find out real quick. I see a chomping coming…

The Steelers will bounce back after their deplorable performance against the Patriots. Seattle wasn’t exactly impressive in narrowly defeating the Bungles at home.

The Packers escaped Chicago in one of the ugliest games I’ve watched ever last week. This week should provide a little more firepower offensively. The Pack had better keep tabs on the Vikings Dalvin Cook…

This is almost a mismatch of epic proportions… I will say, though… Miami has always found ways to give New England fits, and with Antonio Brown already causing distractions for the Patriots, perhaps there is a sliver of hope for the tanking Miami Fish… nah.

Kyler Murray started slow, but was impressive in leading his team back to a tie with Detroit. Larry Fitzgerald looked rejuvenated. The Ravens smashed a terrible Dolphins team. They’ll win, but they won’t cover two touchdowns in this one.

The Redskins are not very good. Now they have to rely on Adrian Peterson again as Darrius Guice is injured again.