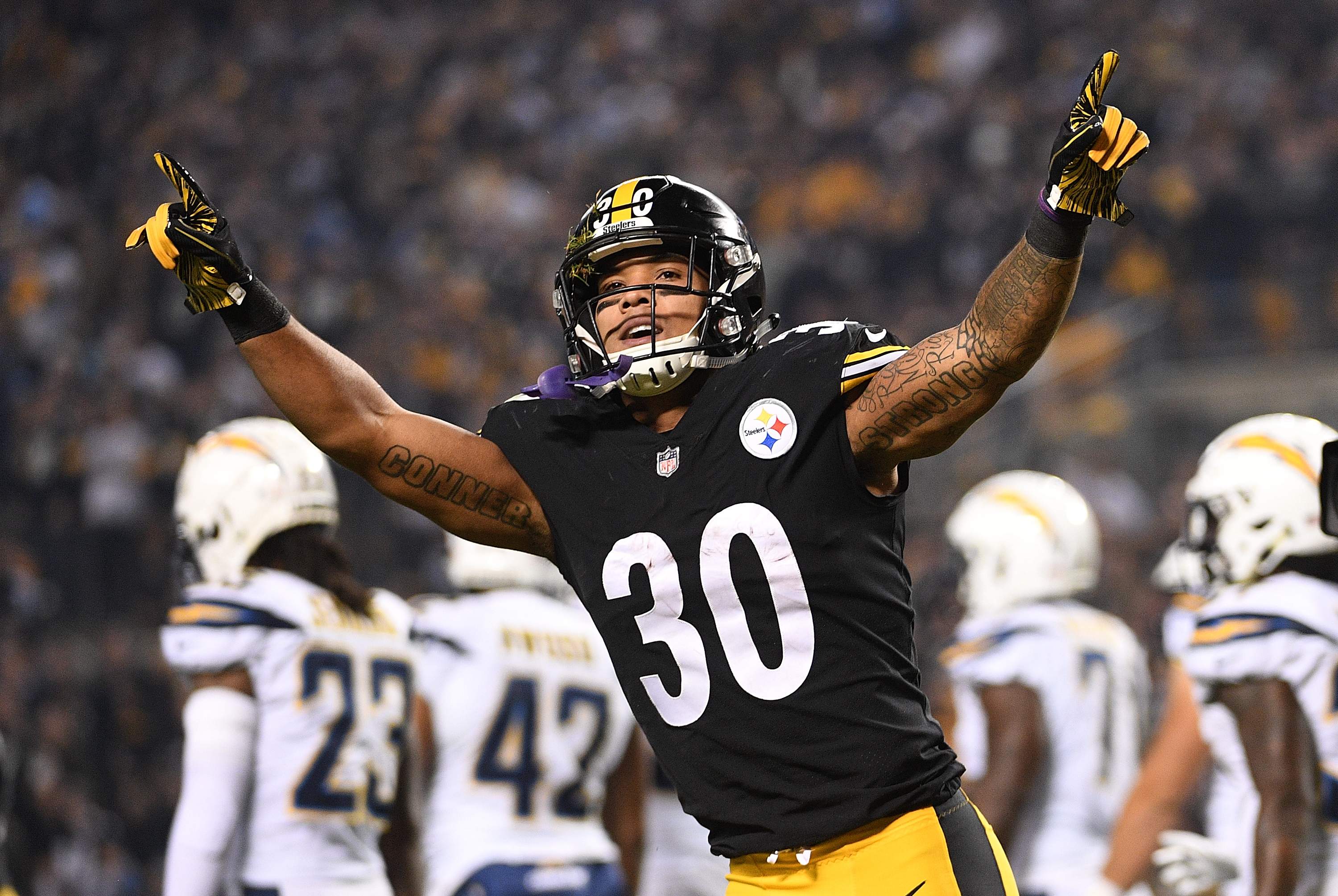 Welcome to the most comprehensive Pittsburgh Steelers Game Day Preview on the internet! NGSC Sports brings you your one stop shop for everything you need to know about the Steelers and their upcoming opponent! Mike Drakulich of Pittsburgh SportsNation brings you inside the huddle for both teams, providing all fans with a Game Story, Steelers Keys to Victory, Score Prediction, Fantasy Football Focus, Game Information, a detailed breakdown of each team, Individual Stats, and Team Stats. Heck, you’ll even know the weather at kickoff! The only thing you’re missing is a game uniform!

When you grow up in Pittsburgh, the mentality, no matter what the subject, is to win. Expectations are always high for Pittsburgh’s sports teams, especially the Steelers and Penguins of the NHL. The Pirates, well, let’s talk about that another day. Fear of an opponent is not an option.

That is, except when you mention the New England Patriots.

Be it the fans, or the local media, when you hear the name Patriots mentioned, the majority will become as meek as meerkats. No matter when or where the Steelers play the Patriots, most people expect the worst in the eventual outcome of the game.

It’s no big surprise when you see the numbers Tom Brady and his team has put up vs the Steelers since 2001. They always seem to get the better of the Steelers.

Not anymore. If it weren’t for one of the worst calls in NFL history, the Steelers would be riding a two game winning streak against these very same Patriots when the two teams meet in the 2019 season opener, Sunday night in Foxborough.

The Patriots enter this season as defending Super Bowl champions, but they will be without the anchor of their offensive line in David Andrews. Tom Brady’s favorite weapon (and Steelers killer) Rob Gronkowski is retired. The Steelers traded away one of the NFL’s greatest receivers in Antonio Brown, but cleansed the team of a cancer in the locker-room in the process. Just look at the mayhem Brown is causing for the Oakland Raiders, and he hasn’t even suited for one game yet. Pittsburgh added much needed speed on defense in linebacker Mark Baron from the LA Rams, linebacker Devin Bush, 10th pick out of the draft from Michigan, and corner Steven Nelson from the Chiefs.

The rejuvenated Steelers enter the 2019 season with a huge chip on their shoulders and are ready to prove all of the doubters wrong.

It all starts when the ball is kicked off inside Gillette Stadium at 8:20 pm Sunday night.

“We’ve got a lot of guys who can be successful and help us win football games,” Roethlisberger said. “Kind of my style is spreading it around anyway.”

The Steelers will have the services of James Conner available this time, unlike last year when Conner was injured. Jaylen Samuels was the featured back in the Steelers 17-10 win over the Patriots. Samuels gashed the Patriots for 142 yards rushing and added 30 receiving.

“They didn’t really know what we were going to do not having our No. 1 running back in there,” Roethlisberger said of last year. “They always do a good job of combo-ing your top two guys whether it’s a receiver, running back, tight end. Whoever they deem as your top two, they double, and that’s what we anticipate this year.

“The key is going to be early on figuring out who they deem as your top two and go from there.”

Defensively, will have to focus on who Brady’s new top target will be, which undoubtedly will be Julien Edelman, right?

“We have so many dues who can cover,” Haden said. “We have a lot of safeties that can cover, we have a lot of corners, just having a nickel, having a dime, having Kam Kelly being able to play nickel, dime and safety … Cam Sutton being able to do the same thing, Mike Hilton being able to do the same thing. Then you’ve got Terrell (Edmunds) who can play safety and nickel. I think it just helps us out so much that everybody can do the positions. It’s not too much on their plate, and it makes us able to give different looks.”

Kameron Kelly will be making his NFL debut, and will start in place of the injured Sean Davis.

“The Patriots are real good with switching up their personnel, putting a different personnel (group) out there but getting you in different looks and making you adjust,” Kelly said. “Now, football is a game of chess, so we are trying to play chess with them too. We are going to try to move people around, just make sure everybody is versatile.”

Another player the Steelers are excited to introduce to the NFL is their 1st round pick Devin Bush, who opened many eyes very wide in his first training camp. The speedy and versatile linebacker is ready to wreak havoc upon opposing offenses.

“I don’t really get nervous,” Bush told the Trib’s Kevin Gorman, smiling. “I’m not trying to be all cocky or anything, I’ve just got a lot of confidence.”

Pittsburgh will more than likely utilize their speed on defense to rattle Tom Brady. T.J. Watt, Bud Dupree, and Bush are set to let the dogs loose upon Brady, whom they know gets the ball out quickly after the snap.

After an empty feeling missing the playoffs on an “what could’ve been” team, and a major retooling of the defense this off-season, the moment you’ve been waiting for is finally here.

Pittsburgh will be out to show the world that they are still one of the top teams in the league. What better place to start than at a venue that has been a house of horrors for the Steelers?

The game plan should be pretty simple for the Steelers. Utilize your weapons offensively by establishing the running game, and let Ben Roethlisberger make plays with a plethora of choices to throw to, including Juju Smith-Schuster, who caught 111 passes for 1,426 yards and seven scores in 2018. Vance McDonald may become a bigger target in the passing game now that Antonio Brown is no longer around. James Washington is looking to have a breakout season, and newly acquired Donte Moncrief may become a Big Ben favorite when tough yards are needed.

The defense is rejuvenated with new talent. The Steelers must use their newfound speed to harass Tom Brady and lay some licks to him. Pittsburgh was successful in bottling up the Patriot’s offense last year by playing man-to-man defense. That is a must option Sunday night.

Now it’s time to put it all together and begin the season on a high note, against one of the league’s best teams.

When these two teams meet, it’s always a fierce battle. The Patriots may come out either flat or juiced after they raise the banner for their 6th championship during the pregame. It’s up to the Steelers to take the Patriot’s best shot and survive, or take advantage of a rusty start. Ball security is a must, especially for Roethlisberger in the redzone. Smart choices and no forced passes are a must.

Expect another epic game between these two teams. It will be a chess match for awhile, but in the end, expect the Steelers to exorcise the ghosts of the past, and head to their home opener vs Seattle with a 1-0 record.

One of the best in history. Great arm and always looking to extend a play to make yards.

The Heir to Big Ben’s Throne?

Will be used to spell Conner and possibly short yardage situations.

One of the league’s best already. Smith-Schuster is set to prove he is a true #1 receiver for the Steelers.

Great routes and reliable hands. Looking to become a favorite of Rothlisberger.

Ready to have a breakout season and establish himself as a big time playmaker in the NFL.

Superb in the slot. Will return punts and kicks.

The Vanimal, when unleashed, is a sight to see. Could be a major part of offense if utilized correctly.

A look at the New England Patriots!

Perhaps the greatest QB of all time? Brady isn’t what he was five years ago, but he is still as dangerous as it gets. Will read you defense and pick apart your weaknesses.

Michel is hoping to be the bell cow runner for the Patriots in 2019.

Ever dangerous out of the backfield, you always need to know where he is on the field.

Like James White, utilizes his speed and shiftiness to take advantage of defenses.

Brady’s favorite target with Rob Gronkowski retired. Small, but mighty. Always gets the tough yards when called upon.

Awesome talent but has been limited in playing due to substance abuse. Will he finally make the most of what will certainly be his last chance in the NFL?

Veteran receiver looking to revive his career with Brady.

Bill Belichick is a master of finding and exploiting weaknesses in opposing offenses. He likes to take away your most dangerous weapon and make force you to win with your 2nd, 3rd, and sometimes 4th best options on offense. The Patriots were 7th best last season giving up 20.3 points per game.

One of the best kickers in the NFL.

NOTE: All times are Eastern | Home games in Bold