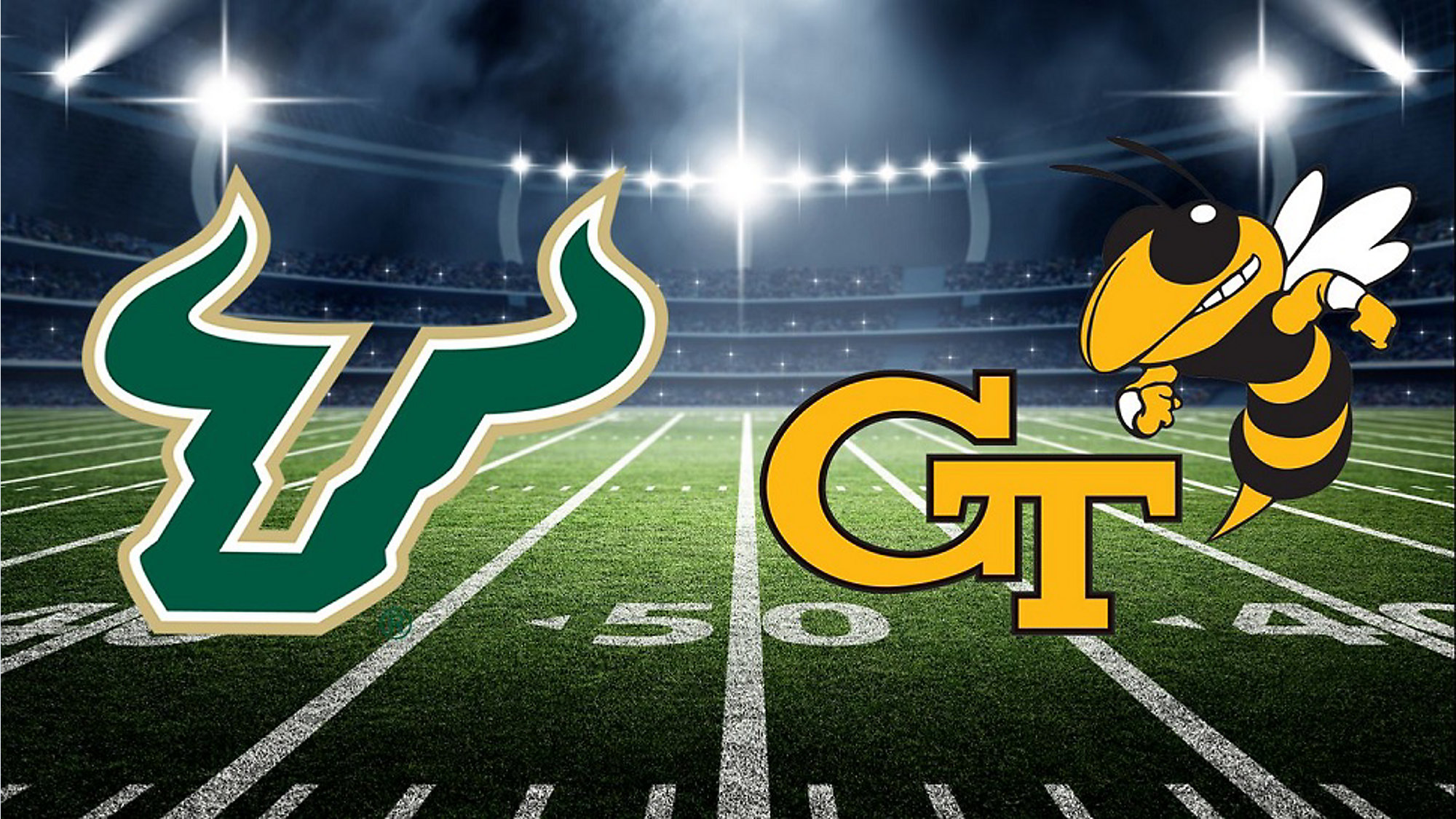 The USF Bulls traveled to Atlanta Georgia to play the Georgia Tech Yellow Jackets. The Bulls were trying to come back after a blowout loss to the Wisconsin Badgers. The Badgers came into Raymond James Stadium and took the Bulls to school defeating them 49-0. Head coach Charlie Strong said they had to learn and move on. The problems from last week were the Bulls unable to get first downs. The Bulls defense, for the most part, did their job and gave the offense some three and outs. The Yellow Jackets have a new head coach. Geoff Collins took over for Paul Anderson. Anderson used the triple-option offense. Collins has a team that knows how to run, and the Bulls were gashed last week on the ground. Last year these teams had an entertaining game in Tampa. The Bulls would win 49-38. Would the Jackets get revenge?

This game took place in Bobby Dowd Stadium in front of 46,599 people. The Bulls would once again, just like last week, win the coin toss and defer to the second half. The Bulls have done that dating back to last year when they win the toss they kick. The Jackets opening drive would end in three short plays and lead to a punt. USF’s first drive would get a first down, but just like against the Badgers, it would lead to a punt. The next drive for the Jackets they would use their run attack. They would drive down to the USF 34-yard line. The Jackets would get a 51-yard field goal but they would miss it. The Bulls took advantage on the arm of Blake Barnett and drive down to Jackets 10-yard line and that would lead to the Bulls first points of the year, a field goal.

The next drive for the Jackets would lead to one first down and another punt. The Bulls would possess the ball at the quarter ended with a 3-0 lead.

The Bulls had just one play coming into the quarter and had to punt. The Yellow Jackets would have two drives in a row with neither lasting more than three plays. Both of those drives would lead to punts. The Bulls were trying to take the lead into the half. Their next drive would lead to, you guessed it, a punt. The Yellow Jackets would use the combination of Jordan Mason and Tobias Harris to drive down the field. This drive would result in a touchdown. That put the Yellow Jackets up 14-3. The Bulls would have the ball on one more drive before the half that led into Yellow Jacket territory but would they ran out of time. They would go into the half down 14-3. Many Bulls fans were hoping they could adjust and possibly pull out a win.

The Bulls received the ball to start the second half. Just like most of the drives in the first half, it would lead to a punt. The defense would have to step up for the Bulls again. They would do just that and force the Yellow Jackets to punt. The Bulls would have another drive that lasted 10 plays but would end with another punt. On the next Yellow Jackets drive, the Bulls defense would force a turnover. An interception by KJ Sails would turn the Bulls around. The interception by Sails would take place deep in Jackets territory. In just three short plays running back, Jordan Cronkrite would get a six-yard touchdown run. This would draw the Bulls closer at 14-10. That ended the quarter and gave Bulls fans some hope.

The Yellow Jackets started with the ball. But like their previous one, the Bulls defense would force a turnover. This time it was a fumble. Dylan Deveney was stripped by Nick Roberts and it was recovered by Darius Slade. The Bulls drove down deep into Yellow Jacket territory and thought they had a touchdown. Instead, it would be a turnover as running back Jordan Cronkrite fumbled the ball which the Yellow Jackets returned to their three-yard line. The Bulls defense came up with a stop and force a punt. This gave the Bulls a chance to drive down and win the game. They changed quarterbacks and brought in Jordan McCloud to replace Blake Barnett. McCloud would drive them down the field and they were facing a fourth down and four. Instead of going for it, the Bulls punted.

The defense had the Yellow Jackets stopped but there was a huge targeting penalty by linebacker Patrick Mason. This gave the Yellow Jackets a chance to get into the victory formation and win the game 14-10. This game was better for the Bulls but it was the same result. With the loss, their losing streak is now at eight. Now the Bulls have to make some adjustments as they head back home to host South Carolina State.