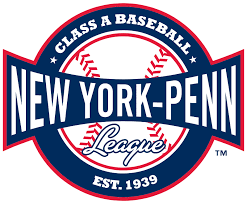 As the third weekend of play in the New York Penn League gets underway, teams are starting to add recently drafted players to their rosters. How long they stay is another question to be sure. But for now, fans of this league will get to sample the future of baseball by seeing these kids in person. It is what makes this league as popular as it is. The chance to see future major league players get their feet wet in short-season ball.

The Baltimore Orioles signed their number one pick, and the overall number one pick catcher, Adley Rutschman earlier this week. Rutschman was signed to a record signing bonus of eight point one million dollars. However, it was still below the assigned first overall slot number of $ 8.415,300 dollars. The catcher out of Oregon State had a slash line of /.411/. 575/..751 in 57 games for the Beavers. He hit 17 home runs with 76 walks and 38 strikeouts. He will make his debut in the Gulf Coast League before heading to the Aberdeen Ironbirds (6-8)
The Oakland A’s were also busy signing drafted players this week. In their case, three of the top four picks signed contracts and have found their way to Burlington, Vt. to join the Vermont Lake Monsters (8-6). The players all have one thing in common, they all played college ball in the Atlantic Coast Conference. That is considered one of the best leagues in NCAA Division 1 baseball. The players are Logan Davidson out of Clemson. The switch-hitting shortstop hit .291, 18 doubles, 55 RBI, 55 runs scored, with 15 home runs, and 17 stolen bases in 61 games this past spring. He will be joined by pitcher Tyler Baum out of North Carolina. Tyler was 7-3, 3.87 ERA for the Tar Heels. In 17 appearances he totaled 93 innings pitched. Baum struck out 90 hitters while giving up only 25 base on balls. The third member is Catcher Kyle McCann of Georgia Tech. McCann led the ACC with 23 home runs, hitting 299, with 12 doubles, 58 runs, and 70 runs batted in, playing 62 games for the Yellow Jackets. The Lake Monsters have already shown the ability to go deep having hit 10 home runs so far this summer.
The hottest team in the young season is the Lowell Spinners (10-2), who began a weekend series in Brooklyn riding a seven-game winning streak. The Spinners are the only team that has not lost on the road so far this year (5-0) and the only team to yet lose a series. They are the top team in both batting average (.263) and in earned run average (2.18). This is not a team loaded with power, but they do have extra-base capability. In twelve games so far, the Spinners have 31 extra-base hit to their credit with 29 of them being doubles to go along with nine triples. They have gone deep only twice so far.
If there is a team going well, there is one that is struggling. The Williamsport Crosscutters (2-11) have lost nine in a row heading into the weekend. The team is hitting .221 with 29 doubles, four home runs, and two triples. Catcher, Juan Aparicio, is the team’s leading hitter at .324 with five doubles and one triple. On the pitching side, the staff has a 3.49 ERA in 106.2 innings pitched and they have allowed 50 runs, 41 earned. Tom Surera has been the best hurler so far posting a 0.90 ERA. In three games, one of those a start, he has thrown ten innings giving up two runs only one earned with 13 strikeouts and zero walks.
Stay tuned next week for another edition of New York Penn League notes on NGSC Sports.
Facebook
Twitter
Pinterest
LinkedIn