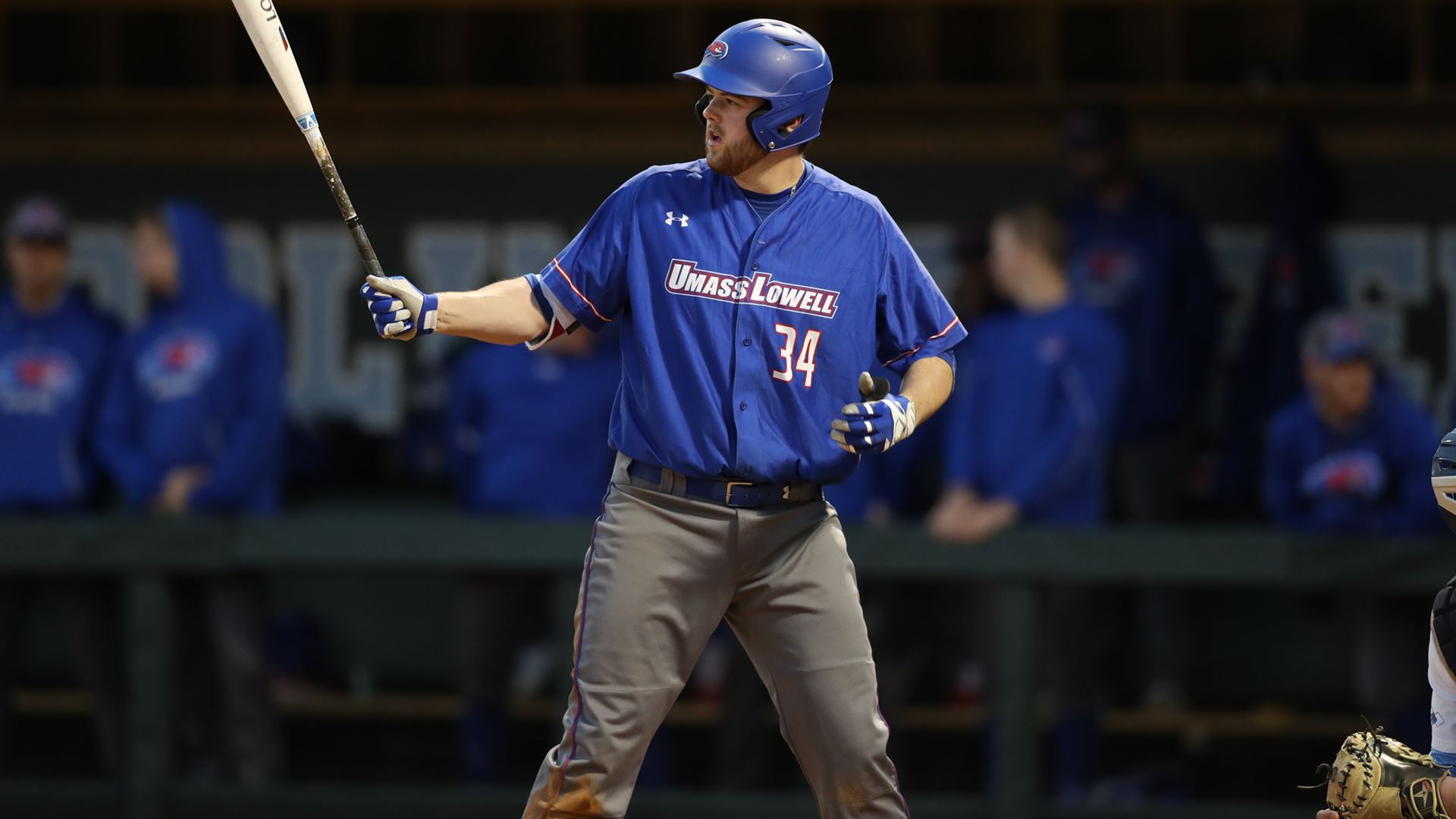 ARLINGTON, Va. – Despite a rally in the final inning, the UMass Lowell baseball team dropped the series opener against George Washington, 9-6, on Friday morning.

Trailing 9-3 heading into the final frame, the River Hawks (0-11) managed to plate three runs but the Colonials (6-5) were able to avoid any further damage to clinch the win. With one out in the ninth, Andrew Roden (Sherill, N.Y.) doubled home Steven Passatempo (Medford, Mass.), and later scored on Mark Tumosa’s (Willington, Conn) two-bagger. Ciaran Devenney (Manalapan, N.J.) added his second RBI of the day with a sacrifice fly.

The Colonials answered each River Hawk score with runs in the fourth, sixth and eighth frames, and had six players with multi-hit performances. Dom D’Alessan led the lineup with three hits and three RBI, while Cade Fergus and Nate Fassnacht each scored three times.

Martin, Climo, and Devenney each picked up two hits for the visitors, while Martin scored twice as well.

The teams are scheduled to play game two of the series tomorrow afternoon at 1 p.m.