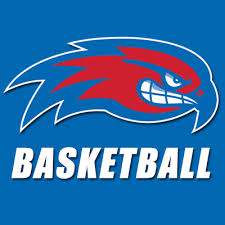 Coming off a disappointing loss on the road at UNH on Wednesday night, the UMass Lowell Riverhawks were back in action on Saturday versus UMBC. When last we saw them they were making history as a #16 seeded in the tournament beating #1 seeded Virginia Cavaliers.

Behind Christian Lutete sixth double-double of the season (26 points, 10 rebounds his first 20-10 game of the season), the Riverhawks  (9-9, 1-2 in league play ) got their first conference win 74-63 over UMBC (9-9, 1-2 in conference).
The Riverhawks played well on this night. How well? They held the lead for almost thirty-seven minutes of playing time. A Joe Sherburne (20 points, perfect 8-for-8 from the foul line) jumper in the paint gave the Retrievers a 5-2 lead with 16:28 left in the first half.
From there, it was all UMass Lowell who were doing this without their starting point guard Ryan Jones. He was out with an ankle injury suffered in the loss at UNH.
Enter senior Shawn Jones, who came off coach Pat Duquette’s bench and ran the team. He played twenty-five minutes which was the most he has played all season. He contributed nine points, five assists, and down the stretch in the second half knocked down big free throws to help his team win.
Coach Duquette could not say enough good things about the way Jones has handled his lack of playing time. Jones himself said he ” has stayed ready by going hard in practice”. He also mentioned his coach saying before the game “this was  gut check time”
Early on, the Riverhawks got production from two of their big men, Josh Gantz, and Darius Henderson. They combined to score the first eleven UMass Lowell points. An Alex Rivera (12 points all on 3- point FG) 3-pointer gave the Riverhawks their first ten point lead at 22-12 with eight minutes left in the half.
Rivera’s second three of the half gave the home team their biggest lead of the half at 28-16 with 6:43 left in the first half. They would maintain the advantage for the rest of the half and go to the locker room up by seven at 36-29.
UMBC had a tough half shooting the ball hitting on only 48 percent from the field. They were even worse from behind the arc at only 22.2% (2-9). Lowell was not much better from deep, (4-for-10, 40%) but were better from the field shooting 52 percent on 13-of-25.
The second half saw Lowell extended the lead. The best scoring offense in the America East early on was able to at times handle the best defense in the league in the Retrievers.
Another Rivera three-ball gave the Riverhawks a fourteen point lead at 54-40 with nine minutes left. Two Lutete free throws kept the lead at 14 with eight and a half remaining.
Lutete would drive hone the final nail in UMBC’s coffin by knocking down a three pointer to give the Riverhawks their biggest lead of the game at fifteen 61-46 with five and a half to play.
The Retrievers shooting did not get any better in the second twenty minutes. They connected on only one three-point shot out of seven taken (14.3%) and only ten of twenty nine (33.5%) from the field.
Final score from Tsongas Center, UMass Lowell 74 UMBC 63.
Lutete was asked after the game about the slow start to begin conference play. He said, “we are tough individuals and today we responded well”.
The coach pointed out “that this team is going to have to learn how to win when scoring less”.
The Riverhawks will look to even their conference record on Wednesday night when they host UAlbany.