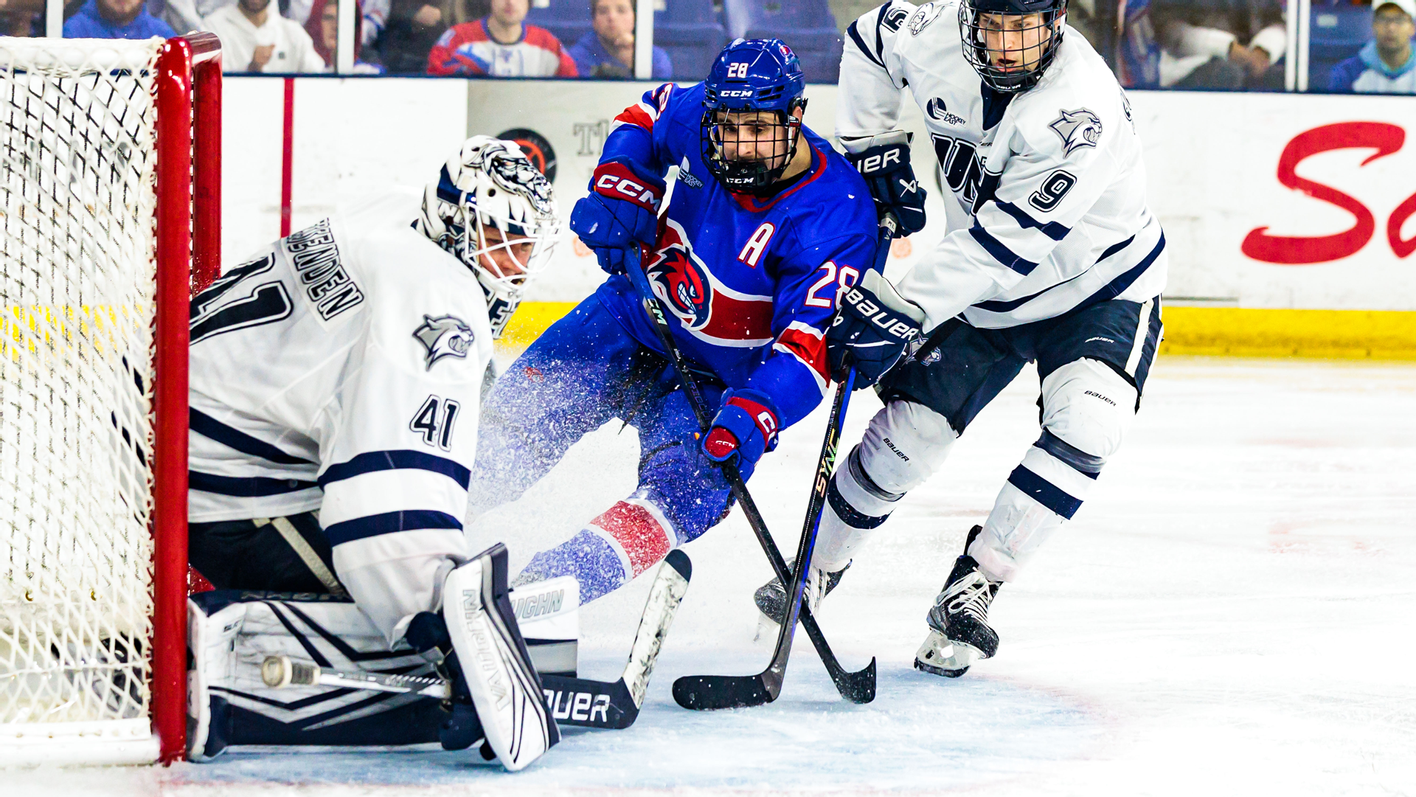 “I thought we played spurts of this game where we did very well. Whenever you get 40 shots on the road, that’s an excellent game. It all came down to the very end,” said Head Coach Norm Bazin.

Stella led the River Hawks to victory with a pair of assists and the game-winning overtime tally with just 51 minutes left in the bonus frame. His three points marked a season-best for the transfer and brought his weekend point total to four after picking up an assist in Friday’s 6-2 rout at home. Sophomore defenseman Isac Jonsson (Ängelholm, Sweden) continued his standout weekend with another two-point night, including his second goal of the weekend. Jonsson was also credited with an assist on Stella’s overtime strike. Playing a key role at both ends of the ice, graduate student Jon McDonald (Livonia, Mich.) notched the critical equalizer in the final moments of regulation and added a block to his stat line for the evening. Seniors Zach Kaiser (Orangeville, Ontario) and Marek Korencik (Zilina, Slovakia) as well as sophomore Matt Crasa (South Setauket, N.Y.) rounded out the point total for UMass Lowell with an assist each.

Earning the call for the first time in 2023, junior Henry Welsch (Lakeville, Minn.) stopped 32 shots on goal, including 15 in the first period alone, to improve to a 7-5-0 mark.

“I didn’t dislike the game. I thought we played pretty well for the bulk of it. But, they’re a very good team. They’re well-coached. We’re just relieved we could get some points on the road,” remarked Bazin.

A slower first period kept both sides on the chase for the full 20 minutes as they traded chances. With the Wildcats controlling shots on goal with 14 to UMass Lowell’s seven, defense proved to be the name of the game for the River Hawks. Welsch stood up to the challenge, however, knocking down all 14 shots that came his way to keep a clean sheet heading into the break.

The River Hawks turned up the intensity as they skated out for the middle frame. Re-establishing themselves, UMass Lowell controlled possession and registered ample offensive zone time as they worked on getting David Fessenden to misstep. The pressure eventually paid off for the River Hawks at the 8:19 mark in the second. Jonsson ripped in a long-range shot as he attempted to find twine but missed just left of the nearside pipe. Stella worked quickly to pick up the deflection off the boards and re-establish possession for another chance. With ample time, Stella connected with Jonsson, who settled just under the blue line again. This time, the defenseman’s shot broke the silence and lit the lamp to get the River Hawks on the board.

A major penalty against the River Hawks turned the tides in favor of the home team. UNH’s Cy LeClerc leveled the score at 1-1 at 16:02, sparking back-to-back power-play goals to tip the score to 2-1 in favor of the Wildcats at the end of forty minutes.

With the window of opportunity closing on the comeback, the River Hawks burst into action. A stretch pass from junior Brehdan Engum (Burnsville, Minn.) set the play into motion that would ultimately send the teams to overtime. With the feed settling in the neutral zone, Crasa tapped it out to Stella as McDonald bombed down the center of the ice. The captain wasted zero time winding up and whipping in the game-tying wrister with just 3:29 in regulation to force extra time.

No different than the previous sixty minutes of action, both teams tore up and down the ice in search of twine. A close call by the Wildcats nearly stunted momentum early and sent the River Hawks back to Lowell with the loss, but Welsch’s timely reaction kept UMass Lowell alive long enough to return the favor. With just 51 seconds left on the game clock, Stella picked up the drop pass from Kaiser and swung around behind the net. Fessenden closed the gap on the nearside post as Stella worked his way around, but the senior held on to the puck just long enough for the lane to open to smack in the winner.

The River Hawks face off against Massachusetts next Friday, Jan. 27, for the last time in the 2022-23 campaign. Puck drop is set for 7 p.m. at the Tsongas Center. 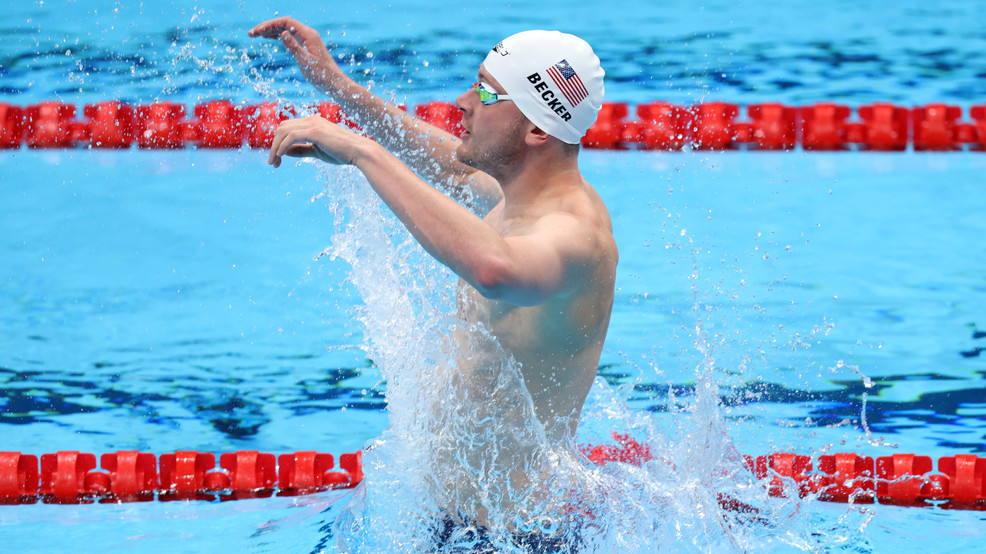 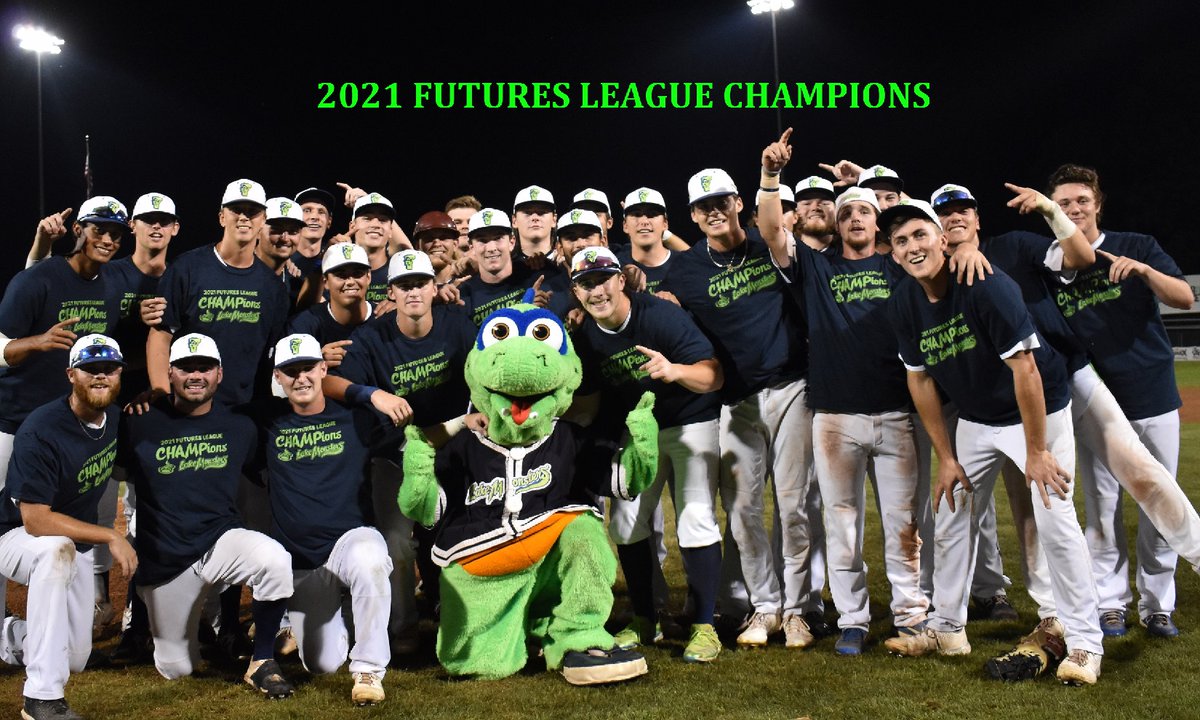