NFL Wild Card Round: Vikings vs Giants Game of the Week 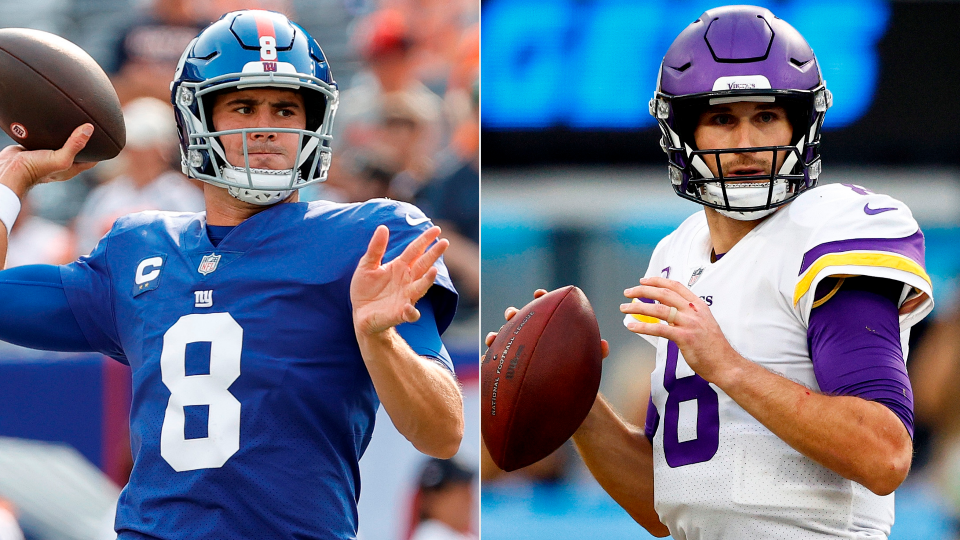 0
Read Time:2 Minute, 24 Second
MINNEAPOLIS – The Vikings are the Wild Card team that doesn’t fit the definition of a wild card team. A 13-4 team is typically on the bye week waiting for the divisional game to begin. However, in this new playoff era in which the conference’s number two team has to play in the wild-card round, this is an entirely different era and requires a little getting used to.
The Vikings have what could be the most feared offense in the NFL. When a team has this much balance and can score as quickly as this team, you run into a team that can get into your head by halftime. The Vikings are that team with the dynamic duo of Quarterback Kirk Cousins and Justin Jefferson. Say what you will about Cousins’ accuracy needing dire improvement but when this quarterback is in rhythm, there’s no stopping him. It’s so much easier to win when your team has the league leader in receptions.
Jefferson has 128 receptions and 1,809 receiving yards, both totals ranked first in the NFL. It’s clear that Cousins favors throwing to Jefferson most of the time. Cousins also benefits from a healthy Dalvin Cook running the ball. Cook ran the ball 264 times this year for 1,173 yards, both totals ranked sixth in the NFL. Vikings receiver Adam Thielen chipped in a bit too with 70 receptions for 716 yards and six touchdowns. K.J. Osborn is also improving and making an impact with 650 receiving yards and five touchdowns. We also can’t forget that the Vikings have fiber Detroit Lions star tight end T.J. Hockenson. He caught 86 passes for 914 yards and six touchdowns.
On the other side, running back Saquon Barkley leads the charge for the Giants’ offense. Barkley can keep New York in the game with his elusiveness as a runner. He will keep the pressure off of Quarterback Daniel Jones and could give the Vikings’ defense something to think about.
In the end, the Giants appear to be going up against overwhelming odds but this is the time for underdogs to rise. Will the Giants play a spoiler? Can the Giants defense play the same kind of top-level defense that played a major role years ago when the Giants won the Super Bowl? The Giants feature young, developing playmakers like rookie Kayvon Thibodeaux who can absolutely wreck an offense’s game plan. The Giants’ secondary features one of the top safeties Xavier McKinney and cornerback Adoree Jackson who will return to play in this game. However, going against Cousins, Jefferson, Thielen, Osborn, Cook, and Hockenson is no small task.
Prediction:
Vikings 35 Giants 24
Other predictions:
San Francisco 49ers 38 Seattle Seahawks 24
Tampa Bay Buccaneers 28 Dallas Cowboys 21
Los Angeles Chargers 27 Jacksonville Jaguars 24
Buffalo Bills 42 Miami Dolphins 31
Cincinnati Bengals 35 Baltimore Ravens 28
Facebook
Twitter
Pinterest
LinkedIn