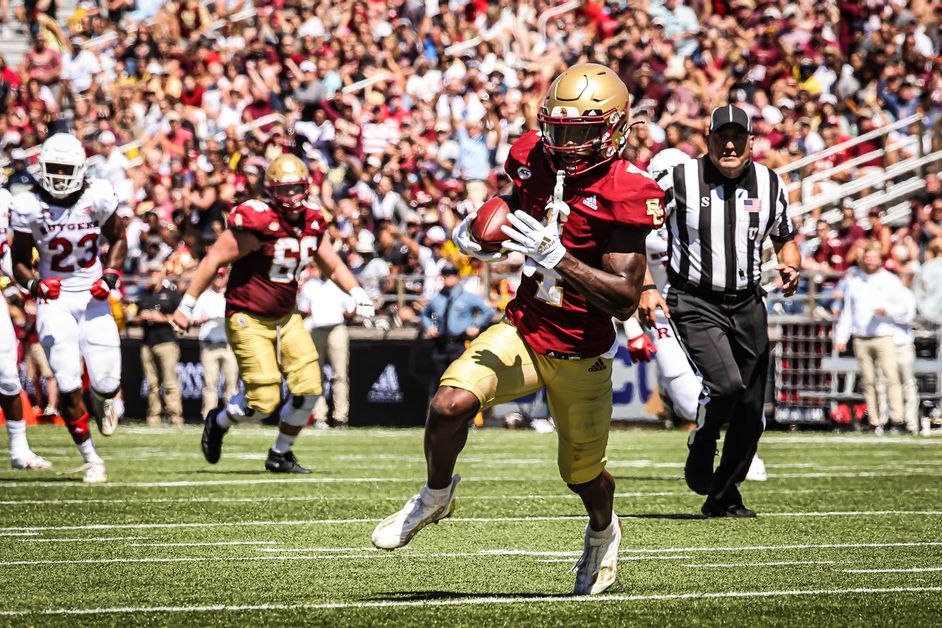 TALLAHASSEE, Fla. – The Tallahassee Quarterback Club Foundation announced Boston College senior wide receiver Zay Flowers (Fort Lauderdale, Fla.) as one of 12 semifinalists for the Biletnikoff Award. The annual award recognized the top receiver, regardless of position, in college football. Finalists will be announced on Nov. 29 with the winner announced Dec. 8 at the Home Depot College Football Awards.