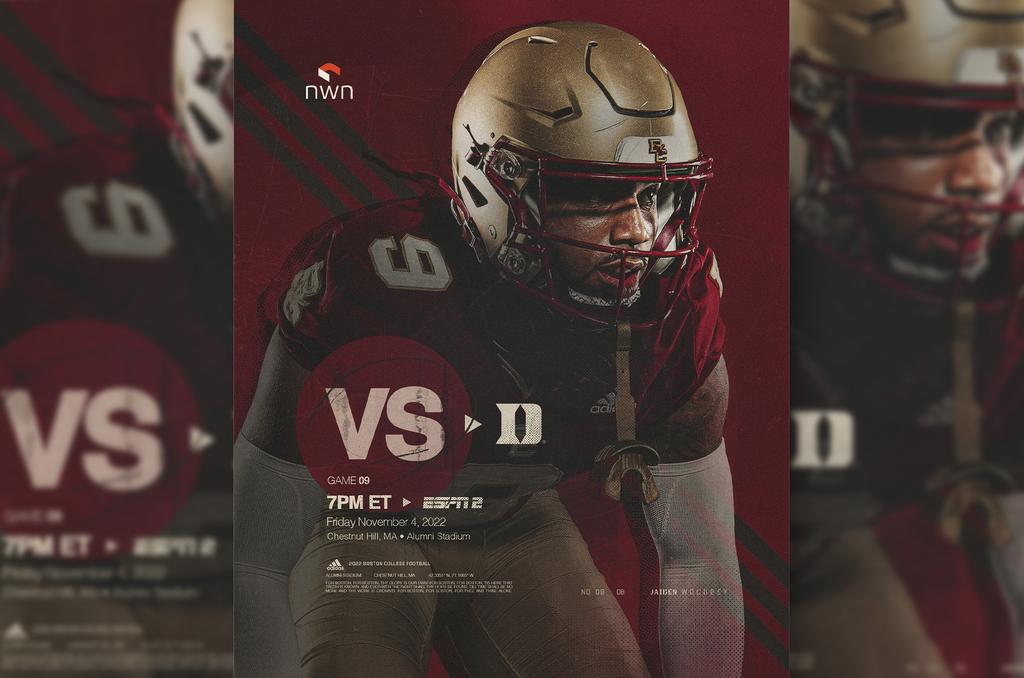 Halloween weekend was not kind to Boston College (2-6, 1-4). Turnovers and an offense that could not score but a field goal proved to be the undoing of the Eagles last Saturday afternoon at Connecticut. The 13-3 loss was frustrating, to say the least because it was a game that the Eagles could have won. They outgained the Huskies on the afternoon and the defense, after giving up one big play in the first quarter, shut down UConn for the rest of the game. The Eagles were hampered by two things, a running game that once again can’t seem to get out of its own way (76 yards on 30 attempts) and failure to convert on third down (3-of-13 on the day). With a month left in the season, BC needs to start finding answers to these issues.

Tonight could be a start in that direction as the Eagles will host the Duke Blue Devils (5-3, 2-2) at Alumni Stadium. BC leads the all-time series 5-3. Duke is the team that Eagles head coach Jeff Haffey made his debut against back in 2020 with BC winning 26-6 to begin that covid season. Boston College has been pretty good under the lights on either a Thursday or Friday night. Since joining the Atlantic Coast Conference in 2005, the Eagles have played 18 games on those nights. A 10-8 record has been reached, with Boston College going 8-7 on Thursday nights, and 5-4 on Friday nights vs ACC teams. The Eagles have won four in a row on either night since 2017.

The Duke Blue Devils are looking to become bowl eligible with a win on Friday night. They average 34 points a game in eight contests while gaining 422 yards in those games. Blue Devil QB Riley Leonard is a dual-threat kind of quarterback, as he has thrown for 1,695 yards on the season and has added another 481 yards on the ground. In their win over Miami last week, Leonard ran for three scores and the team rushed for 200 yards. It is the fifth time this year the Blue Devils have reached that mark. The defense had a big day. First, they held the Hurricanes to only 48 yards on the ground, which is a season-low for the D. It marks the fourth time this year that the Duke defense has held a team to under 100 yards on the ground. Second, they created eight turnovers, five fumbles recoveries, and three interceptions.

Boston College must play a clean game to come out on top tonight. Somehow finding a running game would be nice. There could be issues at QB as Phil Jurkovec was injured in the second half at Connecticut and may or may not be available for BC. If he can not go, then it will be up to Emmett Morehead to run this offense and find some points. A four-quarter effort is needed if the Eagles are to start November on the right track.