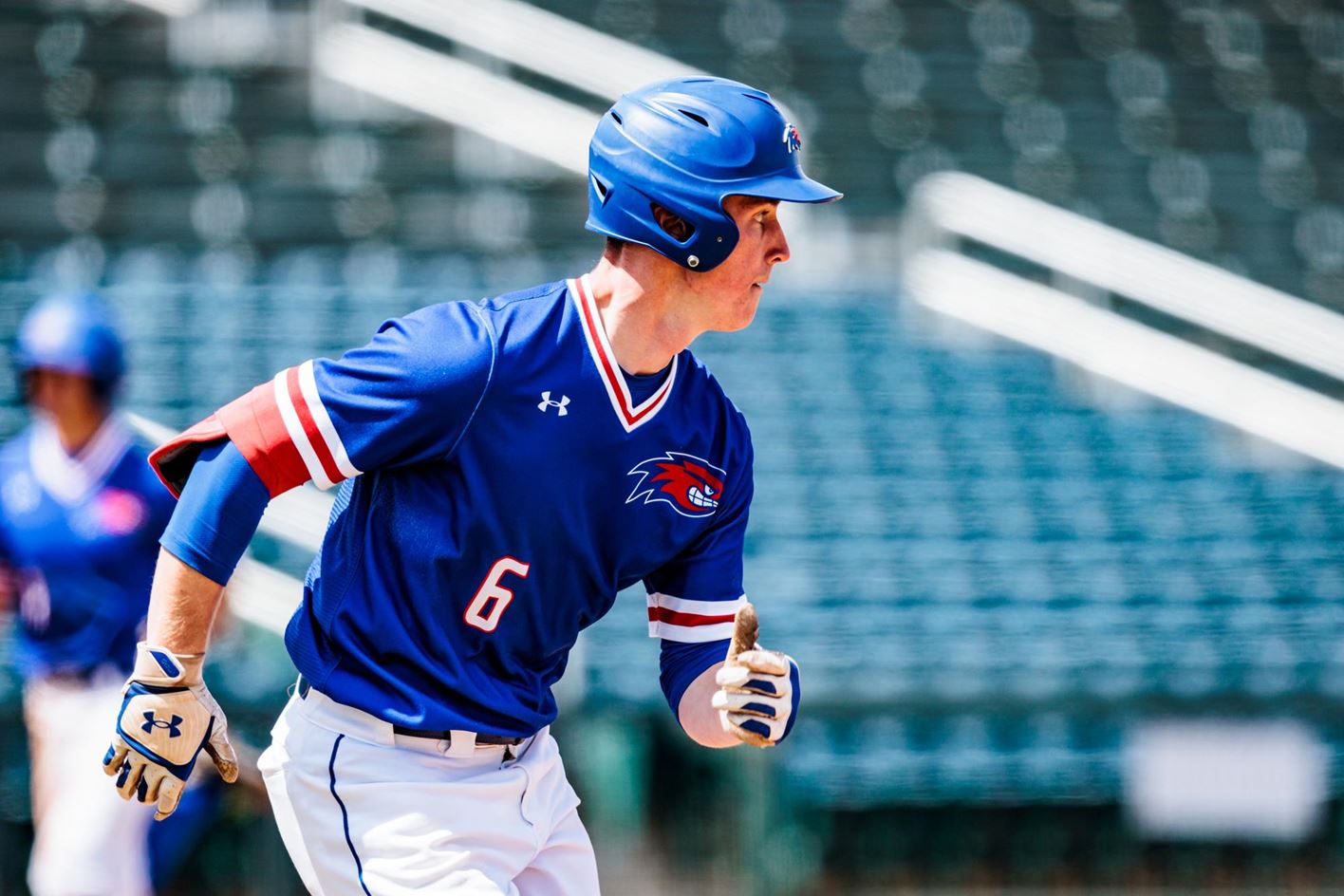 When playing a team as hot as the Maine Black Bears are, coming up with either a big hit or big defense play is a must. On Friday night at LeLacheur Park, the UMass Lowell River Hawks (19-25, 9-13 in AE) did not come up with either. Leaving ten men on base for the game, and making a costly error in the fifth would be the River Hawks’ undoing. Maine runs their winning streak to 14 in a row with a 5-4 win over the River Hawks.

Despite being 0-4 vs the Black Bears (24-14, 19-3 in AE) the River Hawks have been right there with them. However, in each of these games, it has been Lowell that has blinked first. Friday night was no different. Freshman LJ Keevan, who has been the opening game starter for most of the year, was called on to get his team off to a good start. After quickly getting through the first inning on just seven pitches, Keevan ran into trouble in the second. Joe Bramanti got it started with a single to left field. Scout Knotts then doubled down the left-field line and the Black Bears were in business. Keevan then walked Jeremiah Jenkins to load the bases. Keevan came back to strike out Ryan Turenne swinging for the first out of the inning. Connor Goodman delivered the first run with a sac-fly to center that scored Bramanti, 1-0 Maine. Number nine hitter, Jake Marquez, then singled to left to score Knotts to make it 2-0 Maine. After another base hit reloaded the bases, Jeff Mejia brought home the third run of the inning with a bases-loaded walk, 3-0 Maine.

UMass Lowell needed to respond and they did in the home half of the second. Maine’s starter Trevor LaBonte got the first out of the inning. Then Ryan Proto walked bringing Fritz Genther to the plate. With one swing of the bat, the River Hawks were right back in the game as Genther drove a 1-0 pitch over the scoreboard in left for a 2-run HR, 3-2 Maine. Lowell kept the line moving as Alex Luccini singled on a line to right. Jacob Humphrey then walked and with runners at first and second DH Robert Gallagher then tied the game with an RBI base hit to right then scored Luccini from second and the game was tied at 3-3.

Each team batted around in the second and both starters needed to calm things down if they wanted to stay in the game. Both did as they put up zeroes in both the third and fourth frames. In the fifth, Maine took the lead again. Leadoff hitter Jordan Schulefand (2-5, 1 RS) doubled off the wall in left to begin the inning. He was then sacrificed to third by Mejia and scored on another sac-fly to center by McDaniel and the Black Bears had the lead back at 4-3. After a hit by pitch to Bramanti and a walk to Knotts kept the inning going, the key play of the game took place. Jenkins hit a ground ball wide of first. River Hawks first baseman Cedric Rose ranged to his left to catch the ball. However, his throw to Keevan who ran to the bag to cover was behind him instead of leading him. Keevan could not make the catch and Bramanti scored the fifth Maine run. Keevan would injure himself trying to make that catch. He would finish the inning and leave after five (5IP, 5H, 5R, 4 ER, 3BB, 3 SO). Lowell got one of those runs back in their half of the fifth when Gallagher singled off LaBonte then stole second, one of three on the night for the River Hawks. One out later, third baseman Brandon Fish (2-4,1 RBI) doubled to the left-center gap scoring Gallagher to make it a one-run game at 5-4 Maine.

LaBonte left after five (7 H, 4 ER, 3 BB, 3 SO), and the game was now in the hands of the bullpens. The River Hawks called on Matt Draper and he was special. He faced 13 batters in his outing and retired the last 12 he faced allowing only a hit to the first man he saw, which was Turenne in the sixth. The Maine bullpen was just as good as the combination of Colin Fitzgerald (3 IP, 1 H, 2 BB, 4 SO) and Matthew Pushard (1 IP, 1 BB, 2 SO) got the job done. The only trouble this duo got into was in the sixth when Fitgerald walked both Roddy Hernandez and Humphrey in between getting a ground out. Both men would move up a base by stealing one. UMass Lowell had the tying and lead runs in scoring position but Fitgerald got Gallagher to pop to shortstop, and Gerry Siracusa to ground out in the hole at SS with Marquez making a strong throw from the hole to get Siracusa to end the inning. After the game, River Hawks head coach Ken Harring talked about those “Missed opportunities” as the key to the game for his team.

He was right as Lowell would only get one more hit and base runner in scoring position. Fish singled to lead off the seventh, advanced to second on a wild pitch by Fitgerald then stayed there as Fitgerald would then strike out the side to end things. Lowell would go quietly in both the eighth and ninth innings to lose game one of this series 5-4. LaBonte gets the win and is now 4-2. Pushard saves his eighth of the year. Keevan takes the loss and is now 4-4.

After the game, Harring praised the outing by Draper (4 IP, 1 H, 4 SO) saying “he was very good.” When asked about Keevan he said, “his hamstring was sore.” He will be evaluated over the next couple of days to see if he can make his next start on Friday vs Hartford. Harring announced that Joshua Becker will get the ball on Saturday afternoon against Maine’s freshman Caleb Leys. First pitch is scheduled for 1 PM.