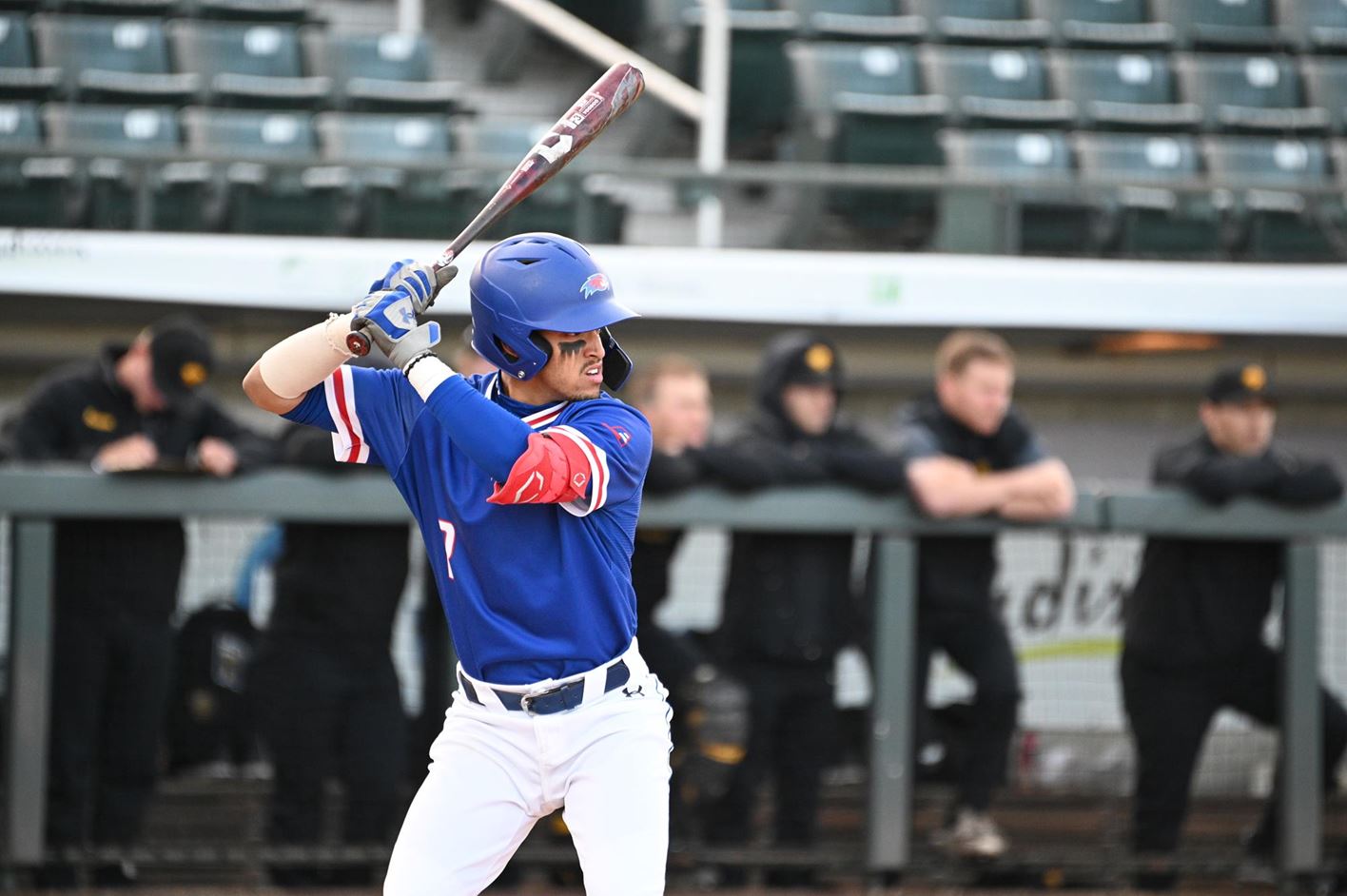 A completely different kind of game took place at Lelacheur Park on Saturday afternoon from the one that took place on Friday night. The result ended up being the same for the UMass Lowell River Hawks (14-18, 7-7), but it’s how they got there that was different. On Friday night, they trailed early then bashed their way to a win. On Saturday, they trailed early, fought back, and took a lead. But a bullpen meltdown helped along by some defensive mistakes led them to come back late and win the game in extras. Give the Hartford Hawks (4-24, 3-11) credit, they were not going down without a fight. But in the end, a hit batter with the bases loaded did them in.

Saturday’s game was billed as a possible pitching duel between Hartford’s Tim Blaisdell and Lowell’s Ryan Towle. For Towle, things got off to a rocky start in the first inning. Leadoff man Logan Cole began the game by doubling to left-center field. He would advance to third on a ground out, then score on a sac-fly by Brett Anderson to make it 1-0 Hawks. A second run was added on a solo home run over the wall in left-center off the bat of SS Tremayne Cobb Jr. It was 2-0 Hartford before Lowell’s first at-bats.

As was the case on Friday night, Lowell came back with single runs in the third, fourth, and fifth innings to take the lead. In the third, Fritz Genther started the frame by reaching on an error. He moved to second on a base hit by Roddy Hernandez (4-5, 2RS, 1 RBI) and advanced to third on a sac-bunt by Alex Luccini. Then, he scored on a wild pitch and it was 2-1 Hartford. In the fourth, Gerry Siracusa (2-5, 3 RBI, 1 RS) led off the inning by taking Blaisdell over the scoreboard in left for a long home run to tie the game at 2-2. In the fifth, the River Hawks took the lead for the first time. A triple to right by Hernandez was followed one out later by a double down the left-field line by Jacob Humphrey. It was 3-2 Lowell after five.

Towle settled down after the first. His coach, Ken Harring, said “Ryan was a one-pitch pitcher for the first two or three innings.” His final line of seven innings, four hits, two earned runs, one walk, and four strikeouts gave his team a chance. His mates added some insurance to the River Hawks lead. After six innings from Blaisdell (six hits, three runs, one earned, five strikeouts, zero walks), Hartford head coach Steve Malinowski went to his bullpen for Alex Couture. Hernandez greeted him with a base hit to center field. Luccini reached on catcher’s interference and both runners moved up on a sac-bunt from Humphrey. Robert Gallagher brought one home on a ground out to first base, 4-2 Lowell. Siracusa then made it 5-2 with a base hit to left field scoring Luccini. The River Hawks had a three-run lead after seven.

Towle gave way to Lowell’s pen and Matt Draper answered the call. The first man Draper faced was Cole who reached on a fielding error by Genther, one of three on the afternoon for him and four errors by the River Hawks middle infielders. That mistake would prove costly when the next man, Derek Tenney, doubled to straightaway center field and moved Cole to third. Two batters later pinch-hitter Derek Kellogg faced the second reliever of the inning Michael Quigley. Cole scored on an infield single to the shortstop hole and it was 5-3 Lowell. A wild pitch scored Tenney from third to make it 5-4 River Hawks. Daniel Burnett hit a sac-fly to right field to bring home Cobb Jr. who earlier in the frame had walked and the game was now tied at 5-5. It did not stay that way for long as Noah Rivera gave Hartford the lead back at 6-5 when he singled to left field to score Kellogg. It was a rough inning for the River Hawks bullpen and defense.

Lowell came right back in the bottom of the eighth against Couture. With one out, Ryan Proto singled to right-center and Genther walked. The Hawks went back to the pen for Ryan Dee. The first man he faced was Hernandez who, on the first pitch he saw, ripped a base hit to left to score Proto and tie the game at 6-6. It would stay that way until the bottom of the tenth.

Connor Kelly, who came into the game as a defensive replacement for Lowell in the ninth, walked with one out. Leadoff man Humphrey did the same. Gallagher was then hit by a pitch in the knee to load the bases. Siracusa, with the game in the balance, stepped into an 0-2 pitch and was hit by it which forced in the winning run. Lowell wins in walk-off fashion 7-6.

Sal Fusco got the win (1-1) with 2.1 innings of one-hit, zero-run baseball. Ryan Dee, who walked four in his two innings of work, takes the loss and he is now 0-3. On Sunday, Lowell goes for the sweep by sending Joshua Becker to the hill. Hartford has not decided who will start.