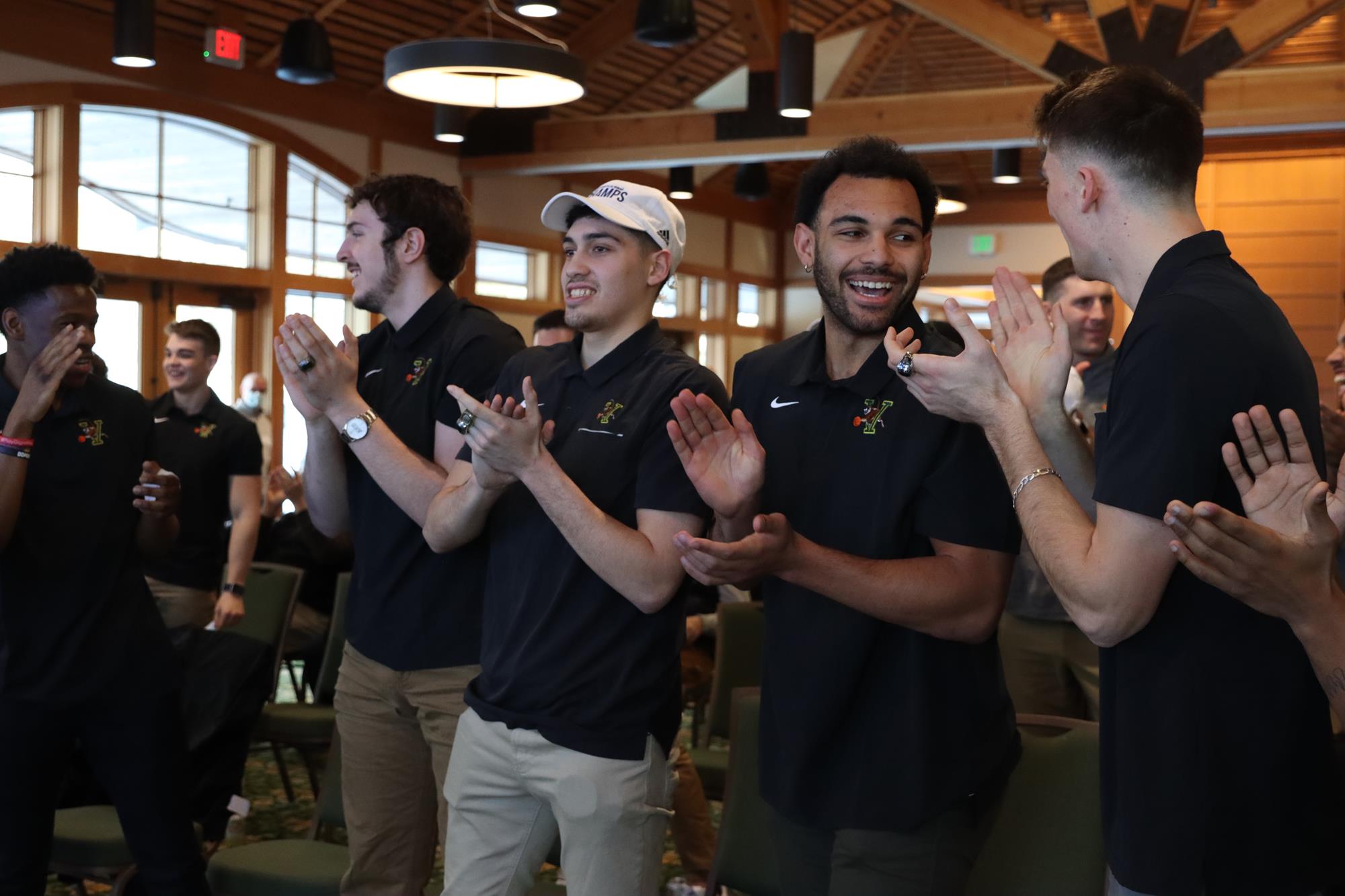 With the regular season and conference tournament behind us, it is now on to the reason why these players play this game. A chance to say they were a part of the Big Dance. For the America East Conference, they will be represented by the Vermont Catamounts (28-5 overall, 17-1 in AE). They won on Saturday in front of the home fans by defeating UMBC 82-43 in the title game of the America East Tournament. The 39-point win at Patrick Gym was the largest in a Division One conference championship game since 1989. The 28 wins are tied for the second-most in program history.

Vermont, by virtue of winning the conference title for the ninth time, earned the automatic bid that goes with it. On selection Sunday, the Catamounts were seeded #13 and will face the #4 seeded Arkansas Razorbacks (25-8, 13-5 in the SEC) on Thursday night in Buffalo, NY. This will be the first time that the two programs have ever met on the hardwood. Vermont is led by two-time America East Player of the Year, Ryan Davis, who in 29 games this season averaged 17.2 points per game and 5.7 rebounds per contest. The backcourt is controlled by Ben Shungu, who in 33 games averaged 16 points per game. He had 77 assists to 59 turnovers and led the team with 41 steals. This is an experienced team that starts five seniors. The only team in the league that could say that. For the year, Vermont averaged 75 points per game while allowing 60.3 a night. They shot 49% from the field (910-1844) and from three-point range they were (289-793), 36%. They snared an average of 35 rebounds, 15 assists, and turned the ball over 10 times a contest. Good numbers for sure, and ones they will have to be repeated on Thursday night.

That’s because Vermont is facing an Arkansas team that has been to the dance 35 times and for the second straight year. This is the sixth time in program history the Razorbacks have been a four seed. They are 21-12 in opening games in the tournament and 45-33 all-time. This is the 14th time they have posted 25 wins. Their conference season began a little slow this year losing their first three games and five of six. However, they quickly turned things around by winning their next eight in a row and closed out the regular season by winning 14 of its final 16 games. Both of their losses came on the road, at Alabama and Tennessee by a combined five points. The Razorbacks are led by JD Notae who averages 18 .4 a night, with 117 assists to 89 turnovers. Jaylin Williams averaged almost a double-double for the year, 10.5 points and 9.6 boards. The Razorbacks scored 77 points a night and they allowed 69 points. They shoot 44% from the field (879-2000) and from 3-point land they are 210-685 for 31%. In the SEC tournament, Arkansas beat LSU 79-67 before losing to Texas A&M, 82-64. These two teams do have a common non-league opponent in Northern Iowa that both defeated. Arkansas beat them 93-80 on November 17, while Vermont did the same on November 11 by a 71-57 score.

This will be a difficult test for sure for the Catamounts and controlling the pace of the game will be key. Arkansas likes to play a game in the eighties, while Vermont would prefer a game in the sixties or seventies.