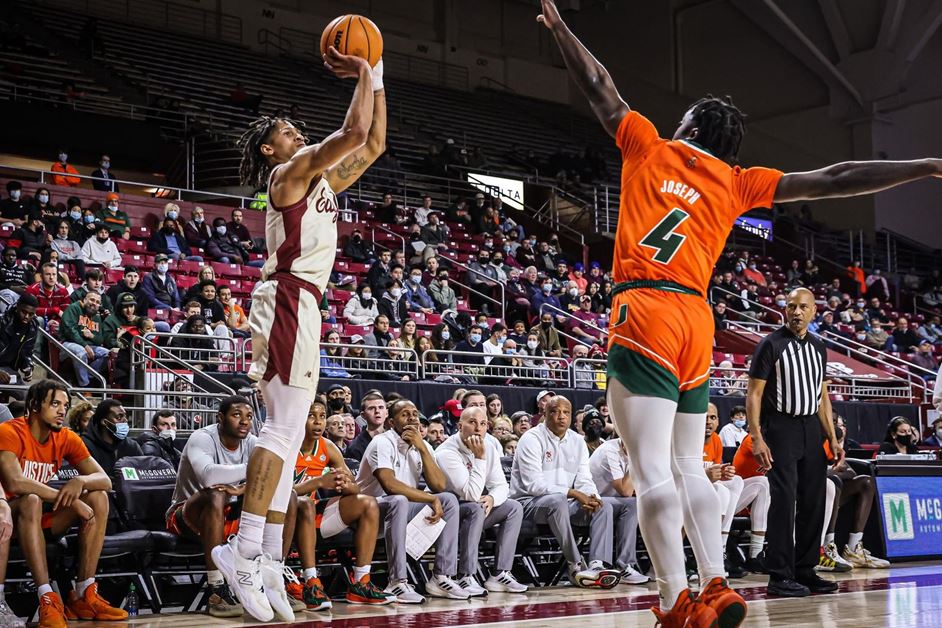 CHESTNUT HILL, Mass. (AP) Isaiah Wong hit 5 of 9 3-point attempts and Miami guaranteed itself a bye into the quarterfinal round of the Atlantic Coast Conference tournament by beating Boston College 81-70 on Wednesday night.

Miami plays its regular-season finale Saturday at Syracuse. If Duke beats North Carolina in its final game of the regular season and the Hurricanes beat Syracuse, they would be the No. 3 seed into the ACC tournament.

The win made Miami coach Jim Larranaga the winningest coach in Miami history, collecting 221 wins during his 11 seasons with the Hurricanes. Larranaga entered the game tied with Bruce Hale’s 220 career wins in 13 seasons (1954-67).

Miami got off to a fast start, taking an 18-7 lead seven minutes in, and held a 40-25 advantage at intermission. The Hurricanes forced a dozen Boston College turnovers, including nine steals while shooting 56.4% from the field (31 of 55) and knocking down 10 of 21 from 3-point range.

Wong finished with 27 points to lead Miami (21-9, 13-6). Jordan Miller hit 8 of 10 from the floor and finished with 18 points. Sam Waardenburg had 16 points, five rebounds and four assists and Kameron McGusty added 10 points.

Boston College is assured of a first-round game in the conference tournament and would likely play North Carolina State.