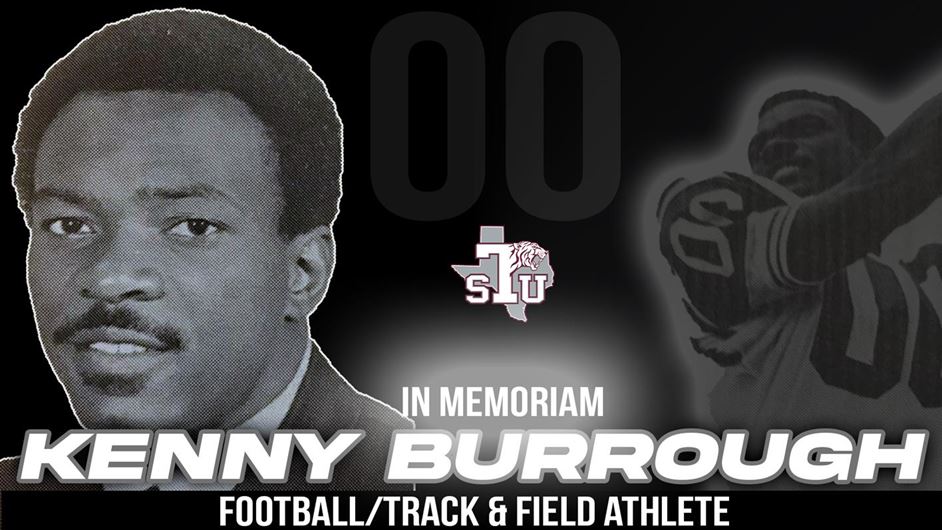 “The Texas Southern University Department of Athletics extends our condolences to the family of Kenny Burrough,” said Vice President for Intercollegiate Athletics Kevin Granger. “Kenny has been a huge ambassador for TSU football and the university as a whole both on-and-off the field for nearly five decades. The TSU community will miss him dearly.”

A native of Jacksonville, Fla., Burrough was a standout two-sport athlete in both football and track & field at TSU from 1967-69. Burrough, who played football and ran track under head coach Clifford Paul, ranks as one of the top wide receivers in TSU history with 138 receptions, 1,912 career receiving yards, and 19 touchdowns. In 1968, Burrough was a member of a TSU team which captured a SWAC Co-Championship. He was also a standout sprinter and a member of several record-setting relay teams.

As a result of his success on the gridiron, Burrough was drafted in the first round (10th overall) of the 1970 NFL Draft by the New Orleans Saints. After two seasons in New Orleans, Burrough was traded to the Houston Oilers and blossomed in his return to the city as he finished his 11-year career as a two-time Pro Bowler while earning All-Pro honors in 1977. Burrough also earned All-AFC honors in 1974 and 1977 as he led the Oilers in receiving for seven seasons. In 1975, he led all NFL wide receivers in receiving yards with 1,063.

Upon his retirement, Burrough remained active in the Houston area and close to football as a coach and radio color commentator on area broadcasts. He joined TSU as the athletic department’s Community Relations Director in 2007 and was responsible for fundraising initiatives while also serving as a color commentator on KTSU 90.9 FM football broadcasts.