The ACC, like everyone else, is doing what it can to provide its fanbase with a season of college hoops although there have been a few bumps in the road to start the year. Things may be starting to calm down enough to give the league and its followers reason to believe the season will be played out. This week, the conference announced the rescheduling of six games that were affected by the virus. There are still three more games that need to be rescheduled. Hopefully, when that is done, all that will be left to do is watch some good college basketball. Here is more news on the league.

There are two teams in the ACC that are starting to play some really good ball lately. The first is the Miami Hurricanes (13-3, 5-0) who entered the week on a nine-game winning streak. The streak is the fifth-longest in the nation trailing Baylor (21), USC (13), Auburn (11), and Davidson (11). Last Saturday may have been their most impressive win during this streak as they went to #2 Duke and beat the Blue Devils 76-74. The win was keyed by sixth-year senior guard Charlie Moore who recorded a career-best seven steals in the contest. The thefts were a program record in the ACC, tied for third-most in program history. It also tied for the second-most by a visiting player in Cameron Indoor Stadium. For the week, Moore averaged 21.5 points, four assists, and four steals in wins over Duke and Syracuse.

The other team starting to make some noise in the league is Notre Dame (9-5, 3-1). The Irish have won five in a row, including an overtime win on the road at Georgia Tech 72-68 last Saturday. Senior guard Prentiss Hubb recorded a season-high nine assists to go along with ten points in the win. In his last five games, all wins by ND, Hubb is averaging 10.5 points and 5.2 assists per contest.

Since we have reached the halfway point of the college basketball season, some watchlists are starting to make adjustments to the lists they put out before the season began. The Wooden Award last Wednesday put out their midseason Top-25 watch list. Two members of the Duke Blue Devils made that group. Wendell Moore JR. and Paolo Banchero were named. The Blue Devils are one of four schools (Gonzaga, Purdue, UCLA) to have multiple players named to the list.

Wake Forest (13-3, 3-2) has been about defense so far this year. In last Saturday’s overtime win vs Syracuse 77-74, the Demon Deacons held the Orange to 36% shooting for the game. Wake has now held 10 of its 16 opponents to under 40% shooting this season. The average shooting percentage by a Demon Deacons opponent in league play is 39.6% which is number one in the league. Syracuse (7-8, 1-3) had a player reach a milestone during that game. Senior forward Jimmy Boeheim’s first point of that game was the 1,000th of his career. He would finish that game with 21 points to now have 1,019 career points.

In Pittsburgh’s 69-67 home win over Boston College, they received a monster game from sophomore forward John Hugley. He went for 32 points and 13 rebounds in the win over the Eagles. He becomes the fourth player at Pitt (6-9, 1-3) since 2009 to have a 30 and 10 game. The last player to do it was Justin Champagnie in 2021.

The ACC Player of the Week is North Carolina junior Amando Bacot who averaged 25 points and 19.5 boards last week against Notre Dame and Virginia. Against the Cavaliers, he went for a career-high in points with 29, field goals with 12, rebounds at 22, and offensive boards with nine. The 22 boards were the second-most at the Smith Center and the most in an ACC game since March 10, 2016, in the conference tournament.

The Rookie of the Week is ND’s, Blake Wesley. He averaged 20 points, four rebounds, two assists, and three and a half steals in wins over the Tar Heels and Yellow Jackets. His seven steals last week were the second-most in the league. In the OT win at Georgia Tech, Wesley had a game-high 22 points to go along with seven boards and three steals. This is Wesley’s second Rookie of the Week award this year.

That’s all for this week. See you next week with more from the ACC. 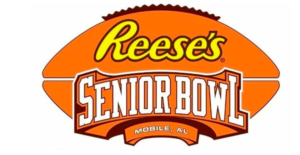 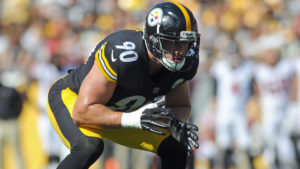 Next post Against All Odds: NFL Super Wild Card Picks