Tonight, the tip-off to a new college basketball season gets underway. The ACC, like the rest of the college hoop world, is looking forward to the chase to March and the tournament. The first pre-season poll from the Associated Press gave some love to the league. Four teams were ranked in the poll with Duke at #9, North Carolina at #19, Florida State at #20, and Virginia at #25. Four other schools received notice. Here is a sample of what is to come in the league this year.

The Blue Devils are ranked in the top-10 for the 14th consecutive season and it extends the nation’s longest streak of being in the top-10 at any point of the year to 26 straight years. They are also the pre-season picks to win the regular-season championship as well. It is the seventh time in the last nine years they have been picked to win the conference. Duke picked up 47 of 81 first-place votes and finished with 1,132 points. The Blue Devils will be led by the preseason and freshman of the year in 6-foot-10 power forward Paolo Banchero from Seattle, Washington. He is considered a five-star recruit and was the #3 overall player in ESPN 100’s ranking. He was named Washington state boy’s basketball Gatorade Player of the Year as a junior. He averaged 22.6 points and 11 rebounds with 3.7 assists and 1.6 blocks per contest at O’Dea high school. He received  28 votes for preseason Player of the Year and 64 of 81 votes.

North Carolina seems to find itself in the poll on a regular basis. In fact, since 1966-67, the Tar Heels have made the rankings at least one week every year. That makes 929 straight A.P. polls they have found their name in. It’s the longest streak in the history of college basketball. Armando Bacot is a member of the conference’s first-team all-conference team and earned 12 votes for preseason Player of the Year. Caleb Love earned a spot on the league’s second-team all-conference unit and was given a couple of votes for Player of the Year. Freshman Dontrez Styles picked up three votes for preseason Freshman of the Year. Carolina grabbed five first-place votes and 1,001 points.

Florida State was picked to finish second in the regular season. However, there was no player from the roster that was placed on either the first or second preseason conference teams. The Seminoles also did not get anyone on the preseason rookie list. Florida State received 14 votes and 1,034 points. The other teams that did get first-place votes were Virginia with nine, Virginia Tech with five, and Louisville with one.

On Tuesday night, 12 of the 15 ACC schools will begin play in non-conference action. League play will get started on Friday, December 3. This year’s postseason tournament will take place at the Barclays Center in Brooklyn, New York from March 8 through the 12th.

NGSC Sports will once again bring you the ACC news & notes column all season long. 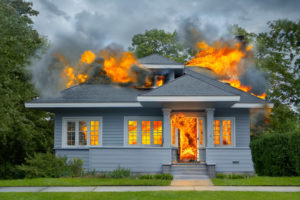