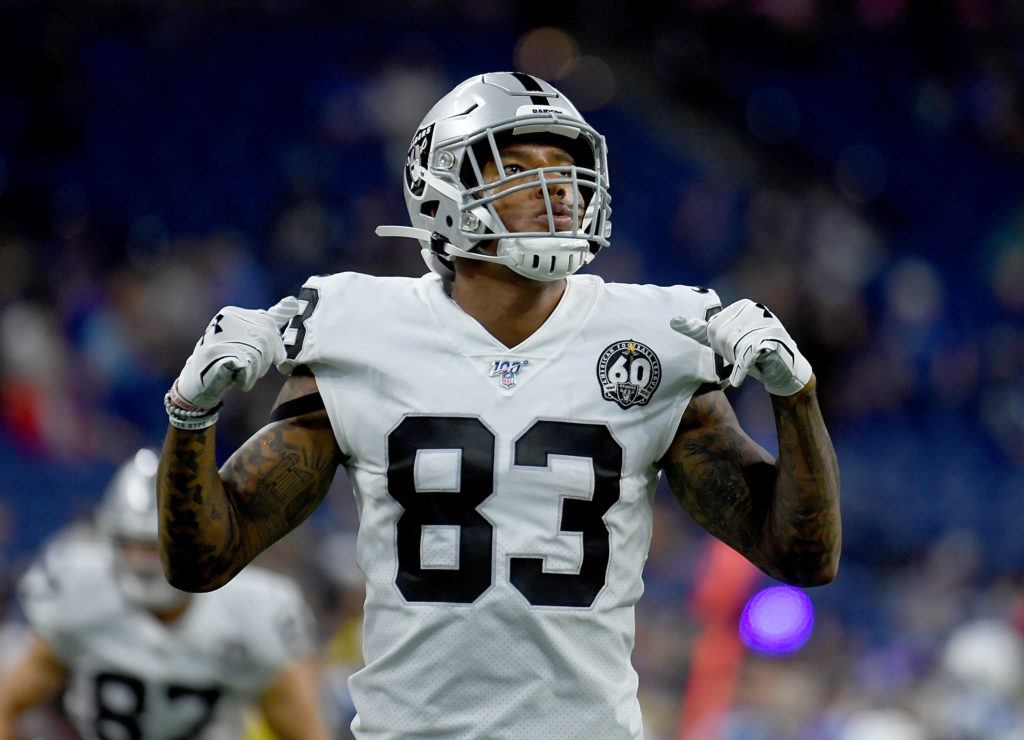 INDIANAPOLIS, IN - SEPTEMBER 29: Darren Waller #83 of the Oakland Raiders warms-up before the start of the game against the Indianapolis Colts at Lucas Oil Stadium on September 29, 2019 in Indianapolis, Indiana. (Photo by Bobby Ellis/Getty Images)

The name of the game is changing at the tight end position. Once they were pass blockers. For years, many professional football players would dislike the idea of being a tight end. In the modern NFL, bring a tight end is a dream. Tight Ends are starting to show more speed with their size and athleticism. The two best examples of proving the evolution are Las Vegas Raiders Tight End Darren Waller and Atlanta Falcons tight end Kyle Pitts. This position is going through a revolutionary period.

Waller and Pitts provide a window into the future of the NFL. Tight Ends are being used more in the passing game mainly because they’re reliable pass catchers and are easy to find against defensive coverage. Tight Ends are tall and big like running backs. It’s hard to miss them. Put simply, the Tight Ends of today are creating matchup problems that make defensive coordinators lose sleep at night.

Even Kansas City Chiefs tight end Travis Kelce has a bit of speed. On top of that, San Francisco’s George Kittle has a ton of speed. Cleveland Browns tight end David Njoku has a bit of speed too. That’s five NFL tight ends right off the bat that are easy to remember because of what they can do against defenses on their best days.

In 2020, Waller caught 107 passes for 1,196 yards and nine touchdowns. In that same year, Kelce caught 105 passes for 1, 416 yards, and 11 touchdowns. These stats also help prove the point that tight ends are very reliable in the red zone.

What does this mean for the future? There will be more demands placed on tight ends than ever before. However, as the old expression goes, pressure creates diamonds. Kellen Winslow Senior was the pioneer of this tight-end movement. Others such as New York Giants legend Jeremy Shockey and Kansas City Chiefs legend Tony Gonzalez did more than enough to keep the reputation going. The future is bright for tight ends.

Will rookie Kyle Pitts replicate the numbers of Waller and Kelce? Only time will tell.