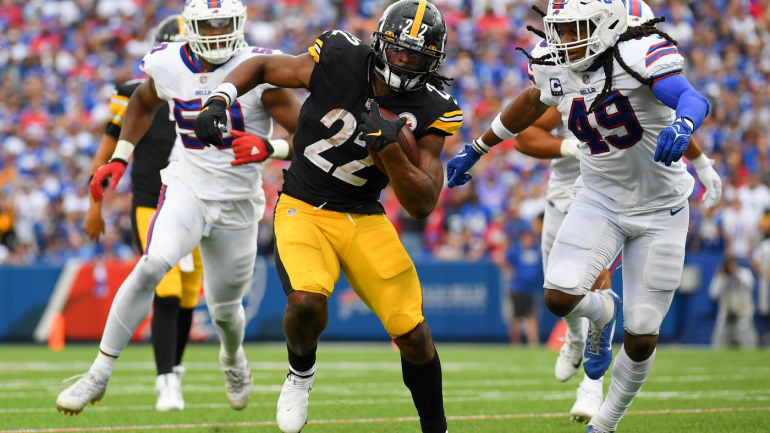 It’s on to week three in Against All Odds and both my dad and I look to keep rolling in the right direction. After twenty games in the book, we are both knotted up at 12-8, which is good for a .600 winning percentage.

I was feeling pretty good after Saturday when I was 4-1, but then the bottom fell out on Sunday with Jacksonville, Tennessee and New England failing to show up for their games. It was nice getting wins out of both the Steelers and Browns.

That’s how the ball rolls in gambling. Sky high one moment and punching a wall five minutes later.

Kenny Pickett and the Pitt offense should put up some big numbers again against a weak Broncos defense. As for Western Michigan quarterback Kaleb Eleby? Gonna be a long day with that Pitt defense hunting him down.

I’m not quite believing this spread, so I had to check several sites to make sure the one I use wasn’t on LSD. I know this game is in Morgantown, but I have zero faith that the Mountaineers can hold off a resurgent Hokies team ranked #15 in the country. VaTech all day.

Like the above game, I get that Miami is at home, but they have been awful in both games this year. Michigan State rolls into South Beach 2-0 and leaves with not only the cover, but the win as well.

Indiana bounced back after a beating taken in week one, but now get the misfortunes of facing a tough Bearcats squad ranked #8.

All in all, Penn State should win this game at home, but asking for the victory to be by a touchdown is asking a bit much. War Eagle!!

The Steelers, as predicted here and in my Preview, stunned the Bills last week, as did the Raiders with the Ravens in overtime on Monday Night Football. Difference this Sunday is the defense Pittsburgh has compared to Baltimore.

Las Vegas QB Derek Carr will be running for his life all day after the ball kicks off at 1:00 pm at Heinz Field. Run rabbit.

Hard to go against the road team in the LA Rams with the way Matt Stafford and that offense rolled last week. Rams defense behind Aaron Donald will aid in making the cover for LA.

New England and Mac Jones fell short against the Fish last week as turnovers were a killer. Patriots bounce back big time this week vs the hapless Jets.

Jacksonville was blown away by Houston even though rookie Trevor Lawrence played well in his NFL debut. The Broncos, even with the loss of WR Jerry Jeudy will have enough offense in front of Teddy Bridgewater to cover on the road.

Titans were the most disappointing team last week getting hammered by Arizona and now face an 0-2 start after Russell Wilson and the Seahawks carve them up Sunday evening.