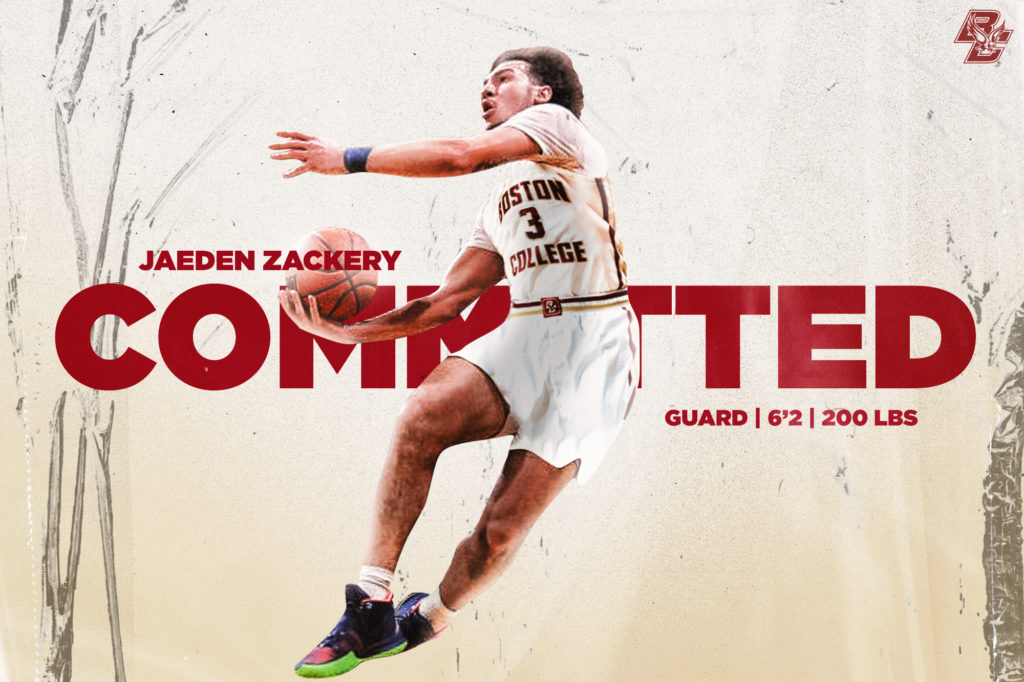 As summer is set to begin across the country, college basketball programs continue to put the finishing touches on their rosters for next season. This includes teams from the ACC. Coming off a 4-16 season, and needing help in most if not all areas, the Boston College Eagles are not wasting any time trying to build a better product for their fanbase to rally around. The Eagles have signed five players for next year and the latest is a guard from the junior college ranks. Jaeden Zackery was a 2020-21 NJCAA third-team All- American for Chipola College in Marianna, Florida. When he walks on campus at BC, he will have four years of eligibility to use.

The 6-2 210 lb guard out of Salem, Wisconsin has been described as a “big physical point guard who brings toughness to his team.” Zackery likes to attack the basket, draw fouls and get to the free-throw line. Something that the Eagles have lacked in the past. He can step out and knock down three-point shots and is considered a pretty good defender. Jaeden averaged 12.5 points per game, just under four rebounds, and 4.2 assists a night. He shot 52% from the floor, 42% from behind the arc, and 82% from the free-throw line. His assists to turnover ratio was very good at 183:1 a game. While his steals to turnover rate was at 1:20. He started all 28 games his team played in and scored in double-figures in 18 of those contests.

His team, the Indians, finished their year with a 23-5 overall record. They would capture both the Panhandle Conference and the FCSAA State Tournament Titles. Over his final nine games, Zackery averaged 17.1 points, four rebounds, 4.7 assists, and 2.7 steals. Chipola went 8-1 in those games as they reached the semifinals of the 2021 NJCAA Championship.

A season ago, the Eagles made nine three”s a game while shooting 33% from deep. Their assist to turnover ratio was not good at all. They average 11.5 assists per game but turned the ball over 13.8 times a game.  Numbers that new head coach Earl Grant hopes that Zackery can help turn around. It will be a young backcourt that Boston College will put on the court next year in the ACC. One that will need time to grow in a tough league.