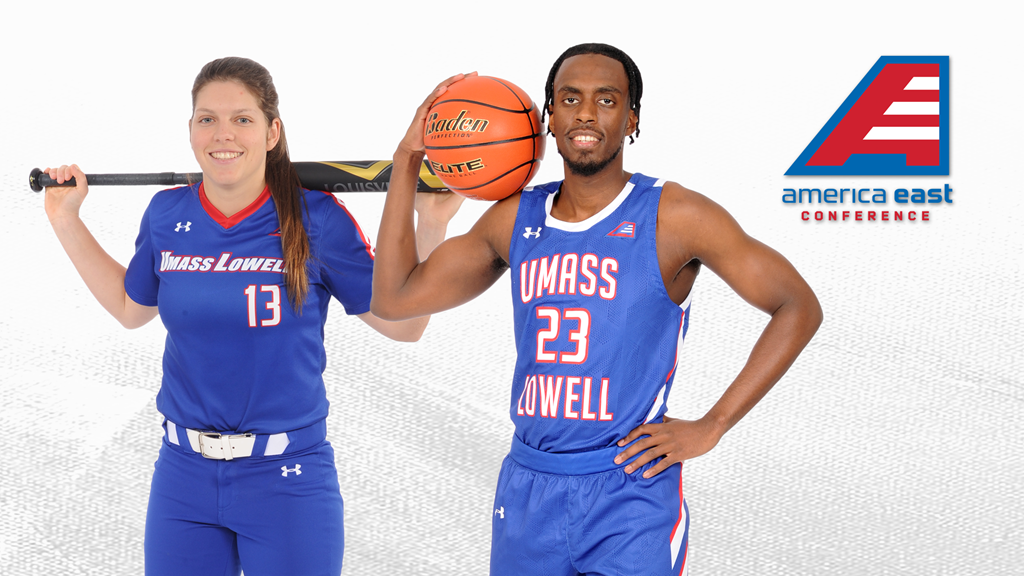 Lutete was also named as one of three finalists for the America East Man of the Year award, along with Jack Fitzgerald from Binghamton and UMBC’s Ilia Rattsev.

The honor recognizes one male and one female senior student-athlete from each of the conference’s member institutions. The representatives are selected for having distinguished themselves throughout their collegiate career in areas like academic achievement, athletic excellence, service, and leadership.

Sparacia, who helped the softball team to its first-ever America East Regular-Season Championship in 2019, graduated from UMass Lowell’s exercise physiology program in 2020 with a minor in psychology. The second baseman was named to the America East All-Conference Team in 2018 and to the league’s All-Championship Team in 2019. Off the field, she was a Team IMPACT Representative for her team, responsible for planning activities with her squad’s honorary teammate. She also volunteered at multiple physical therapy practices as an assistant to help with patient care. In 2019, she completed a clinical rotation with the Emerson Hospital Cardiac Rehab team. Looking ahead, she has been accepted into New York Medical College’s doctor of physical therapy program for the fall. In the classroom, Sparacia was a three-time America East Winter/Spring Honor Roll selection and a Dean’s List recipient.

Lutete, who became the program’s first-ever two-time NABC Division I All-District Team honoree for his performance on the court, graduated with a perfect 4.0 from the peace and conflict studies master’s program this spring. He earned numerous academic accolades during his tenure, including CoSIDA Academic All-America First Team recognition, as well as America East Winter Scholar-Athlete and America East All-Academic Team nods. He was also a leader in the community, spending time volunteering with the Lowell Boys and Girls Club, the Peace and Conflict Studies Club, and at various elementary schools as a classroom reader. Additionally, through his graduate program, he was a lead researcher on several issues, and he completed a co-op with UMass Lowell’s DC-CAP Scholars program where he mentored 20 freshmen at the university, who all came from the same DC public school system that he attended in high school.

To be nominated, student-athletes must have completed intercollegiate eligibility in their primary sport by the end of the 2020 spring season, with the exception of spring sport athletes, and have a minimum cumulative grade-point average of 2.50 (4.00 scale).

Both winners of the AE Man and Woman of the Year will be announced on Tuesday, June 30th at 10 a.m.