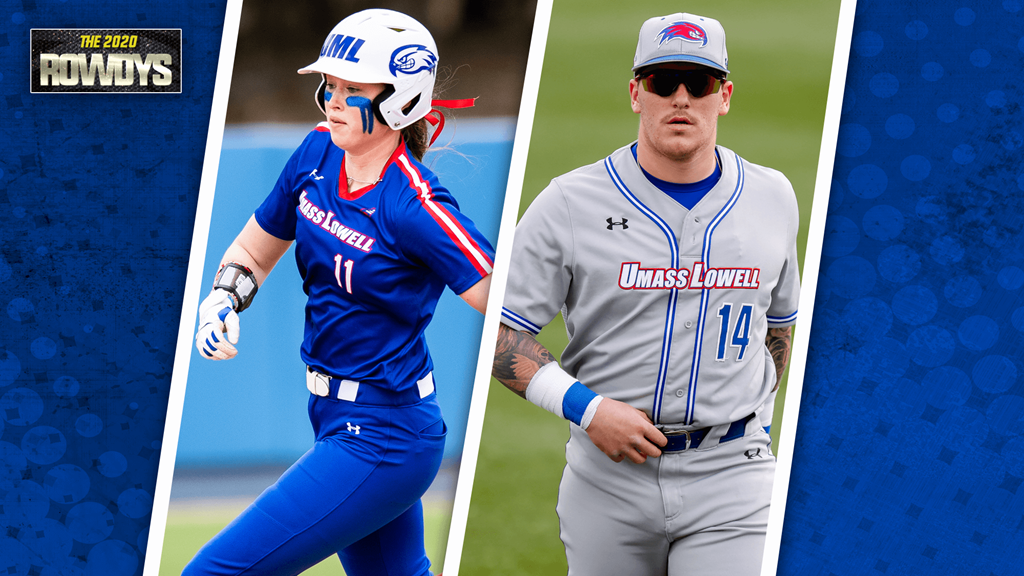 Cashman finished 2020 leading the America East in six stat categories, including batting average (.491) and RBI (21). Despite only getting 16 games into a 50-game season, she also boasted a team- and league-best eight home runs, just three off from her career-high.

“Cash has continued to improve every year and show how great of an athlete she truly is,” said UMass Lowell Softball Head Coach Danielle Henderson. “She started off the season better than I have seen and was on course to hit even better than she did last year.”

Each of the River Hawks’ first three games of the season featured a Cashman home run, while the final contest of the year at Belmont on March 11 included two, as she registered seven RBI to tie the program’s all-time, single-game record.

“I’d like to thank everyone for this award,” commented Cashman. “It means a lot to me and I think it reflects the hard work of our team. My team pushes me to be better every day and I think that’s why I got the award.”

After leading the country in both batting average and on-base percentage in 2019, the shortstop finished the shortened 2020 season ranked second in the nation for home runs per game (0.5) and fifth for RBI per game (1.3). With a pair of walks at FGCU on February 22, Cashman became the program’s all-time leader for career walks and now totals 86 free passes. And with a personal-best .965 slugging percentage this season, her career percentage improved to .742, which is also a program record.

Martin was in the midst of putting together a monster season for the ages when everything came to a screeching halt because of the COVID-19 crisis.  Martin led the team in nine different offensive categories.  The left-handed hitter was batting .447 with an on-base percentage of .581 and a .660 slugging percentage.  His OPS was an astronomical 1.241.  His .447 batting average ranked second in America East and his .581 on-base percentage was the sixth-best total among Div. I players.

“In a shortened season, Vinnie Martin showed he was becoming an elite hitter,” said UMass Lowell Baseball Head Coach Ken Harring. “His winning mindset has always been a part of his makeup. His attention to detail with his craft changed, and he dedicated himself to become an elite player in the America East. He showed everyone on the field by putting up incredible numbers against elite competition. I couldn’t be prouder of what he did.”

Martin had hits in 11 of 14 games and had reached base safely in all 14.  Martin had seven multi-hit games.  Against pitching-rich, nationally ranked, LSU he went six-for-11 in a three-game series and received the ultimate compliment when the Tigers intentionally walked him with a man in scoring position.  Defensively he was a standout leading the team with three outfield assists.

“It means the most to me because you go to Lowell for guys on the team, we built a lot of relationships with guys in the years past who have graduated and the guys that are here now,” said Martin. “This award wasn’t about any individual accolades that I had this year, it was more about having guys around me believing in what I can do. We work hard every single day, we put the work in and it’s nice to see something out of it. “