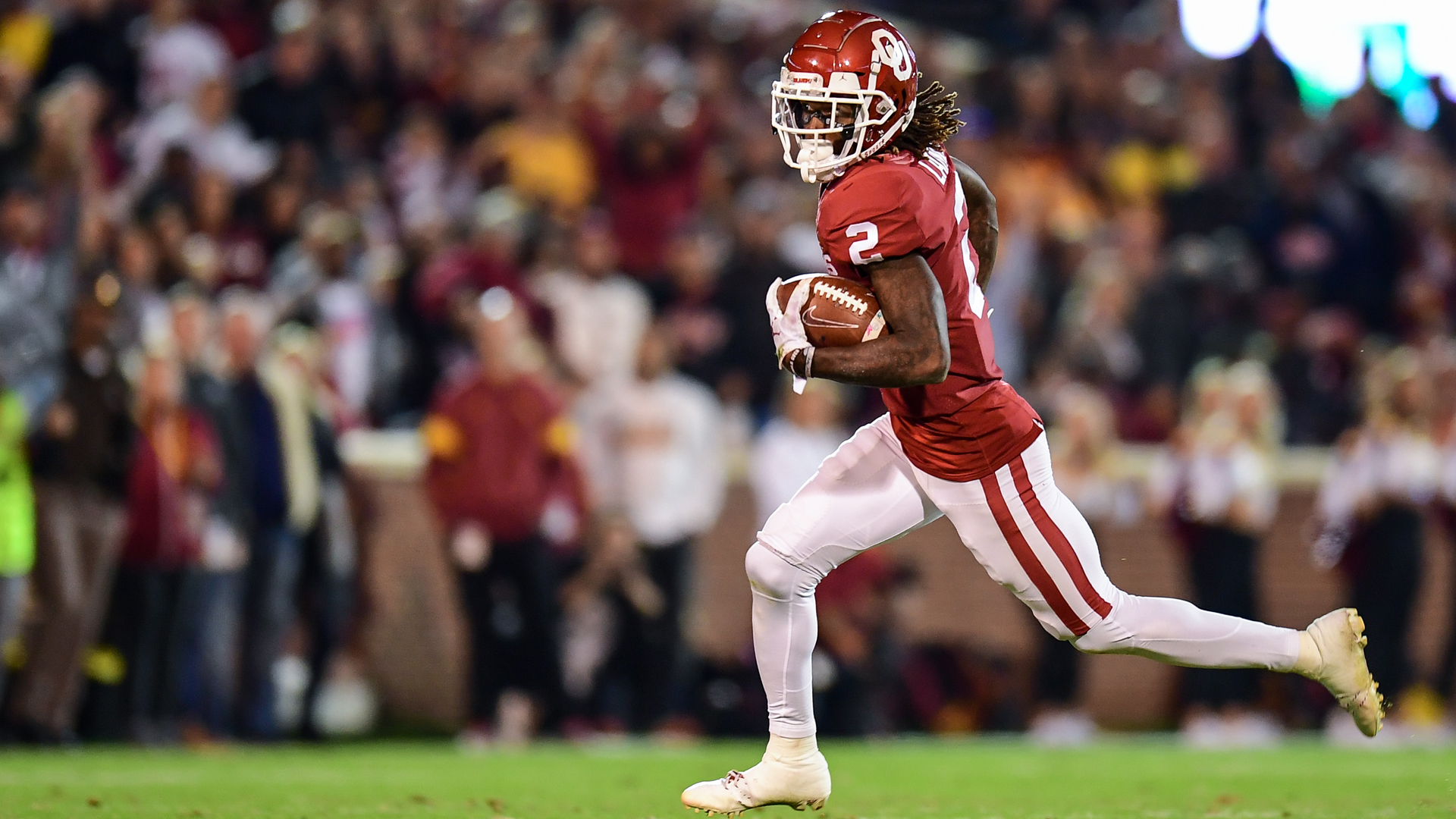 Share
Tweet
Share
Share
Email
Comments
Oklahoma Wide Receiver CeeDee Lamb: 2020 NFL Draft Prospect
The 2020 NFL Draft features many intriguing receivers. The biggest names are Oklahoma’s CeeDee Lamb, Alabama’s Jerry Jeudy, Alabama’s Henry Ruggs III, TCU’s Jalen Raeger, and Clemson’s Tee Higgins.
Lamb looks like the pinnacle of a deep threat receiver. He has good speed for a 6′ 2″ receiver. His best traits are his quickness, agility, acceleration, and deep route-running ability. Teams that use a west coast offense or vertical offense should watch the game film on Lamb. Teams that draft in the middle to late first-round might seek to trade multiple draft picks to move up and select him.
His footwork on the sidelines is also impressive. He actively makes the effort to stay in bounds. He shows great awareness on the sidelines. He also uses his acceleration to turn short three to five-yard gains into explosive plays that gain more than 15 yards. He averaged 21.4 yards per reception on 62 receptions for 1,327 yards. Lamb is a playmaker, plain and simple. He shows the ability to win in jump ball situations. Lamb has the arm strength to stiff-arm safeties and corners.
The concern is his frame. Although he is 6’2′, he weighs 191 pounds. He needs to build his upper body to avoid risking injuries. It should be relatively easy for trainers to work with him on developing more muscle in his upper body. It’s easy to notice his somewhat light frame on the game film.
Former Oklahoma quarterback and 2019 first overall pick Kyler Murray is already making the Cardinals aware that he wants Lamb on the team. If the Cardinals trade up and select Lamb, that could put Arizona in a better position to make a playoff run. There is also the possibility that Larry Fitzgerald will retire after this season.
My Draft Projection: Early First Round, Top five pick.
Video Source: College Films via YouTube