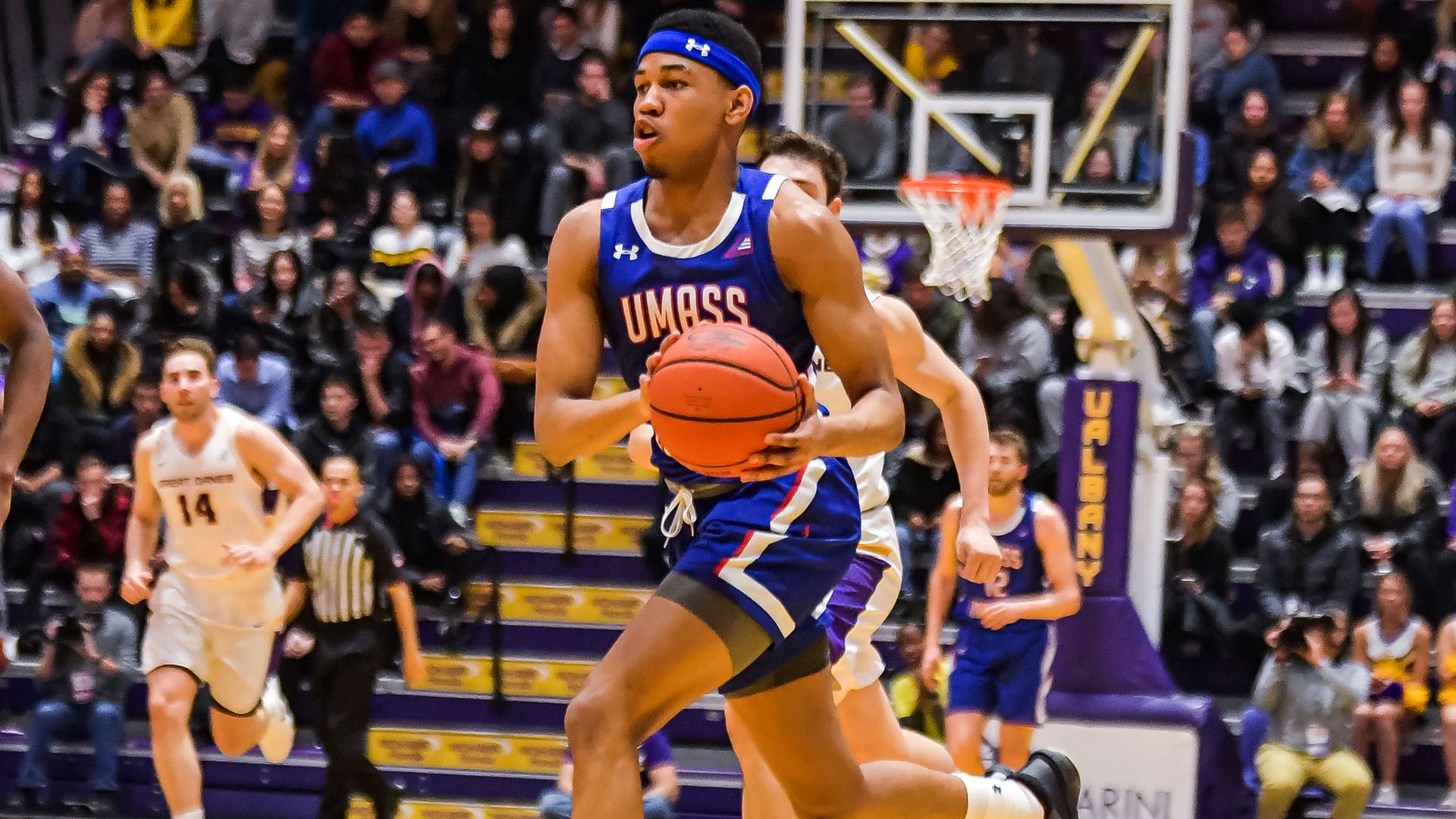 “We’ve had two tough losses against two really good opponents in our league on their home floor this week,” said Head Coach Pat Duquette. “Vermont is an excellent team with a great home-court advantage and they played really well tonight. We couldn’t score. I actually thought in the first half we played good defense. We showed a little bit of the zone, which was different for us, and I think it was effective, but they just wore us down as the game went on.”

Back-to-back threes by Mitchell opened the scoring for the River Hawks, putting the team within a bucket early on, by the Catamounts scored the next 17 in a row, despite a stretch of over four minutes without a bucket from either side, to pull ahead, 25-6, with 8:02 remaining in the first half.

Mitchell converted on a pair of free throws and classmate Connor Withers (Manassas, Va.) banked in a layup to snap the silence for the visitors. Vermont maintained at least a 15-point edge as the teams traded possessions, though, until Lutete scored the final five points of the period, including a three just before the buzzer, closing the gap to 35-23 at the break.

Withers and Mitchell sparked the River Hawks coming out of halftime, registering the team’s first seven points to cut the difference to just 40-30 with 17:47 still to go. UMass Lowell was within 10 twice more before Lutete finished an and-1 to put his team back within nine, 46-37, at 15:32.

However, UVM answered with a 14-6 run that extended the margin to 62-42 at 11:06. Mitchell hit his fourth and final three of the night less than two minutes later and Thomas scored all 11 of his points inside of the final nine minutes, but the Catamounts would take the decisive, 92-62 outcome.

Vermont leads the all-time series against UMass Lowell, 11-2. The River Hawks will now head back home to host Stony Brook on Wednesday, January 29 at 7 p.m.