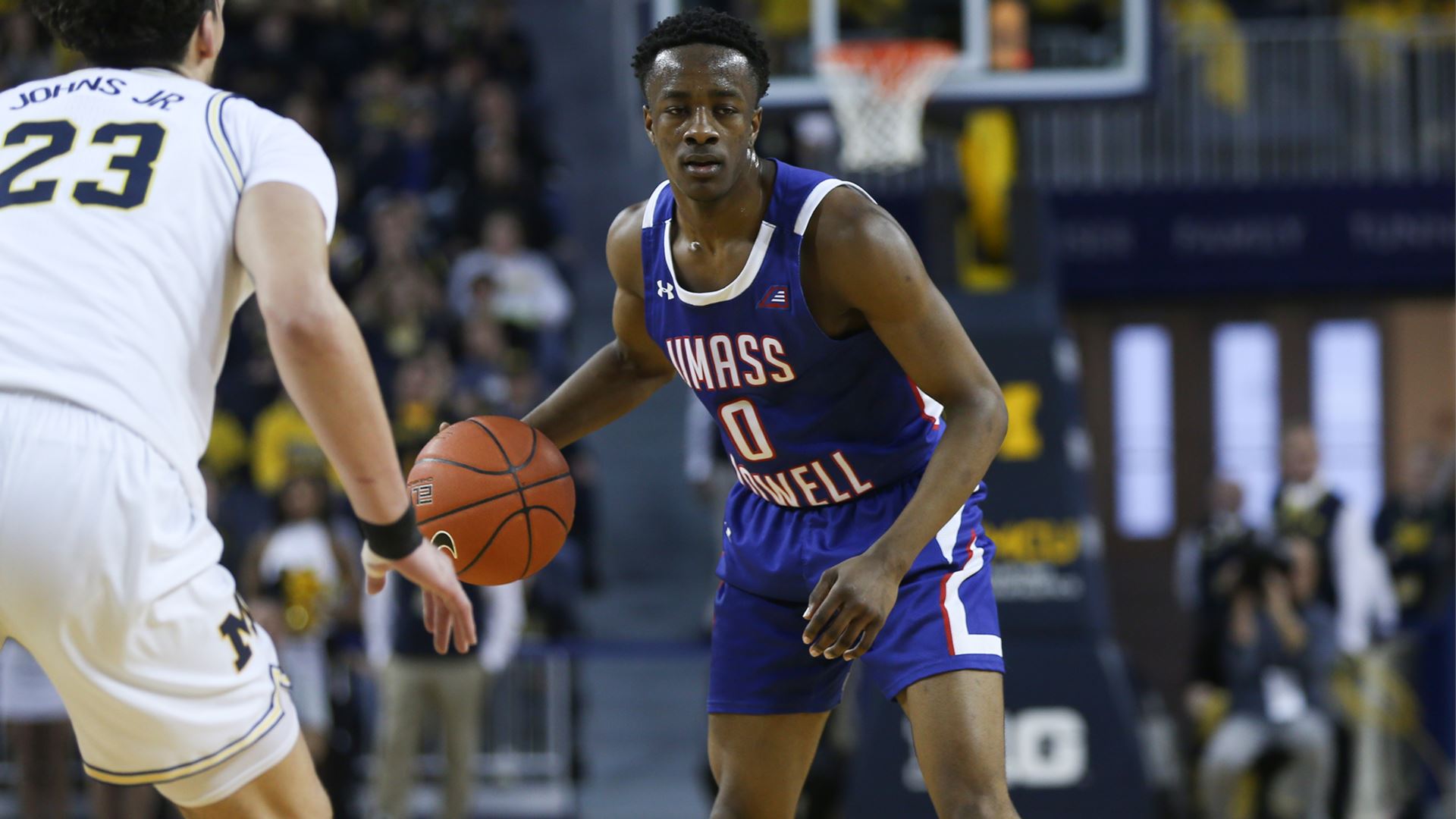 “It really is a tough spot to be in when you’re on the road and think you have the game won,” said Head Coach Pat Duquette. “What a great sequence of plays by them to get the ball where they did and make the shot. I said ‘let’s go win again.’ I felt we won it outright the first time and I wasn’t sure how we would respond, but we showed a lot of guts. That was a great overtime effort.”

Graduate student Christian Lutete (Silver Spring, Md.) hit a clutch three in the final seconds of regulation before junior Obadiah Noel (Frederick, Md.) and graduate Josh Gantz (Grove City, Ohio) converted at the line to give the visitors a three-point lead, but K.J. Jackson erased the difference as the buzzer sounded to send the game into overtime at 66-66. However, freshman Ron Mitchell (Philadelphia, Pa.) opened the extra period with a bucket, which sparked a 10-4 run that put the River Hawks ahead for good.

Noel registered 25 points after the first half en route to a career-high 27 to lift his team to the win. Lutete added 20 points, while Mitchell turned in his second double-double of the season with 13 points and 10 rebounds. Gantz (Grove City, Ohio) rounded out the double-digit scorers with 10 points, as well.

Although good ball movement out of the gate allowed Lutete to knock down a three from the corner for the first points of the game, UMBC led by as many as seven early on. The River Hawk defense then held the Retrievers scoreless for over four minutes, as sophomore Allin Blunt (Bowie, Md.) converted on a pair of free throws, and freshman Connor Withers (Manassas, Va.) and Mitchell added points of their own to put their squad on top, 19-18, with 5:05 remaining in the first half.

Back-to-back threes put the Retrievers in front once again, but four straight points from Mitchell cut the difference to one, 24-23, at 1:56. UMBC would take advantage of opportunities at the line, though, to take a 29-23 edge into the break.

Coming out of halftime, UMBC stretched its buffer to eight, but Lutete answered with an and-1 and a pull-up jumper with the help of a steal by Withers to pull within one, 39-38, with 13:37 still to go.

The offense for both sides sped up, trading buckets on either end of the court until threes from Noel and junior Jordyn Owens (Montclair, N.J.) gave the River Hawks the upper hand. The teams were tied twice down the stretch, including at 60-60, before heading to overtime.

UMass Lowell now leads the all-time series against UMBC, 8-6. The River Hawks are back home next week when they host two games beginning against Hartford on Wednesday, January 8 at 7 p.m.