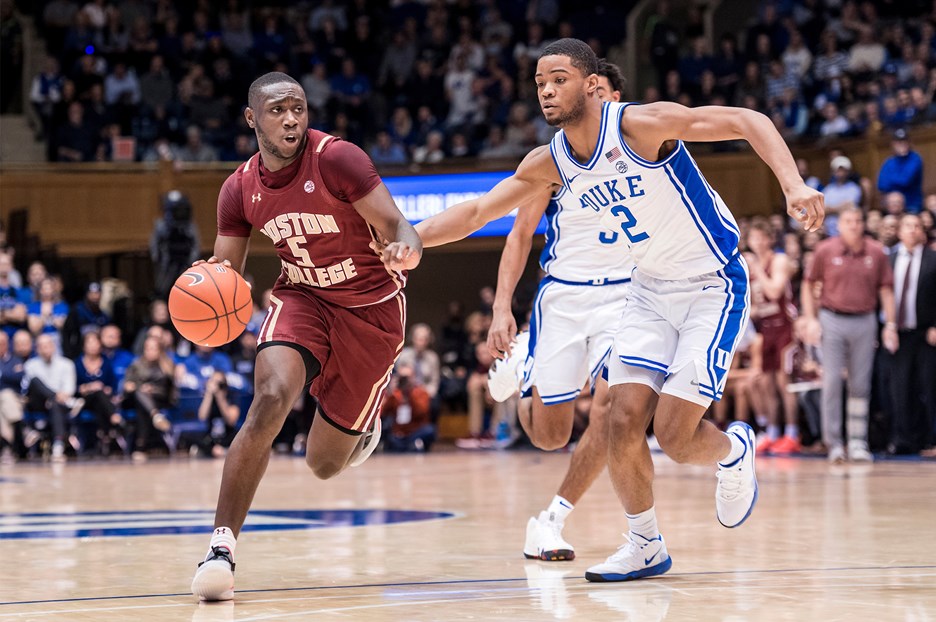 DURHAM, N.C. — Boston College saw its four-game win streak come to an end, as it dropped an 88-49 decision at #2 Duke on Tuesday night.

CJ Felder led the Eagles with a career-high 13 points, on 6-of-12 shooting from the floor.  He added six rebounds, two blocked shots, an assist and a steal in 28 minutes.

In the second half, Duke continued to control both ends of the floor, extending its lead to as many as 43 with just under two minutes to play.