Devlin “Duck” Hodges was the toast of the town when he started off 3-0 for the Steelers. The quarterback of Samford, not to be confused with Stanford, was an undrafted free agent, cut by the team at the end of training camp, only to be resigned after the team traded Josh Dobbs away.

No one ever dreamed that Hodges would see one play this year, let alone almost leading the team to a playoff spot after Ben Roethlisberger was injured in week two, and Mason Rudolph suffered not one, but two different injuries that lead to Hodges manning the Pittsburgh offense.

He has done about as good as anyone could’ve written for a rags to riches Hollywood-esque style story as the Steelers quarterback. He doesn’t have the greatest arm, but what he lacked in pure talent, was offset by a cool presence in the pocket and a brash confidence that would make any Southerner proud.

Since the Buffalo Bills game, Hodges has hit a wall, throwing just one touchdown and six interceptions. He has also been sacked seven times in the last two games.

“Maybe I was trying to force a ball a little bit instead of what they’re giving me,” Duck Hodges said about his last two games. “I have to take a step back a little bit and go back to how I was playing those first couple games and taking what the defense gives me.

“I’ve got all the confidence in the world in myself and my guys. Now, we just have to go out and do it.”

If the Pittsburgh Steelers (8-7) are to make the playoffs, they’ll need to beat their rivals in Baltimore (13-2) and then hope Houston finds a way to take care of Tennessee. The Texans may or may not have anything to play for depending on the outcome of the Chiefs-Chargers game at 1:00 p.m. this Sunday afternoon.

First, to beat a team that has already wrapped up the AFC #1 seed, and will be resting several key starters, including probable MVP Lamar Jackson, the Steelers will need their offense, namely their quarterback, to score more than just one offensive touchdown, something Pittsburgh has done in seven out the last eight games.

His teammates and coaches still believe he can right the ship and create the storybook ending. They want the Duck that played aggressive and without fear.

“Yeah, you can be aggressive — just throw it to the right person,” said Steelers WR Juju Smith-Schuster with a smile.

Smith-Schuster is looking to reestablish himself in the passing game after a down season racked with injuries. Like Hodges, Juju has one game left to make something of the 2019 season.

“I would expect that he would eliminate any mistakes that he’s made, and whatever mistake he makes in this game would be a new one,” offensive coordinator Randy Fichtner said Thursday. “He’s been pretty good at that, minus a handful of balls that just could have been in other places (or when he) could have been more protective with the football. As far as game management and some of the things he’s done with protection and learning the system, he’s done really well.”

There’s not much to say. It’s now or never for the Steelers, and even then, it may not be enough to get into the playoffs.

They could’ve easily tossed in the white towel and played for a top draft pick, but the team traded for Minkah Fitzpatrick, turning a good defense into a great one, and giving the team a fighting chance every week.

It was incredible to see them at 8-5, getting a shot at the #5 seed, but turnovers and lack of an offense finally caught up to this team the last two weeks. Now it is what it is, and no matter what happens this Sunday, the players, coaches, and fans can hold their heads high and be proud of a team that stared adversity in the face and fought to the bitter end. They never once quit or complained about the situation they were placed in. 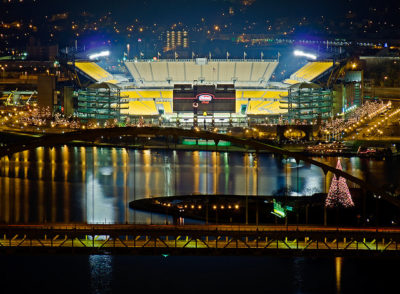 Steelers are 28-23 overall vs Ravens 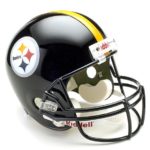 The former Samford quarterback had shown no fear when pressed into the starting role. He started off 3-0, but his play and decision making have plummeted the past few weeks, resulting in interception after interception.

The former first round pick of the Broncos may get a chance to play if Hodges falters vs the Ravens.

Down year after a Pro Bowl season.

Takes over starting duties with Conner injured. Looking more confident each week. Gets better as the game goes on.

An athletic player who can play several positions. Dangerous as a pass-catcher out of the backfield.

He was ready to have a breakout season and establish himself as a big-time playmaker in the NFL. Has been the team’s best receiver with Juju out.

Smith-Schuster has struggled this season without Roethlisberger at the helm. Hopeful to see flashes of his old self when he returns from a knee injury.

Former Clemson Tiger has speed and talent. May be a steal from the Colts.

Steelers deep threat, but has only one has catch.

The Vanimal, when unleashed, is a sight to see. Unfortunately, he has not played up to expectations this season. Injuries have slowed him all year.

The Ohio State product was acquired from the Seahawks earlier this season. Best used as a blocker. 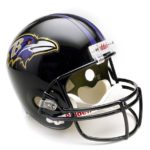 Houston Astros: Is Jose Altuve the Best Player in Baseball