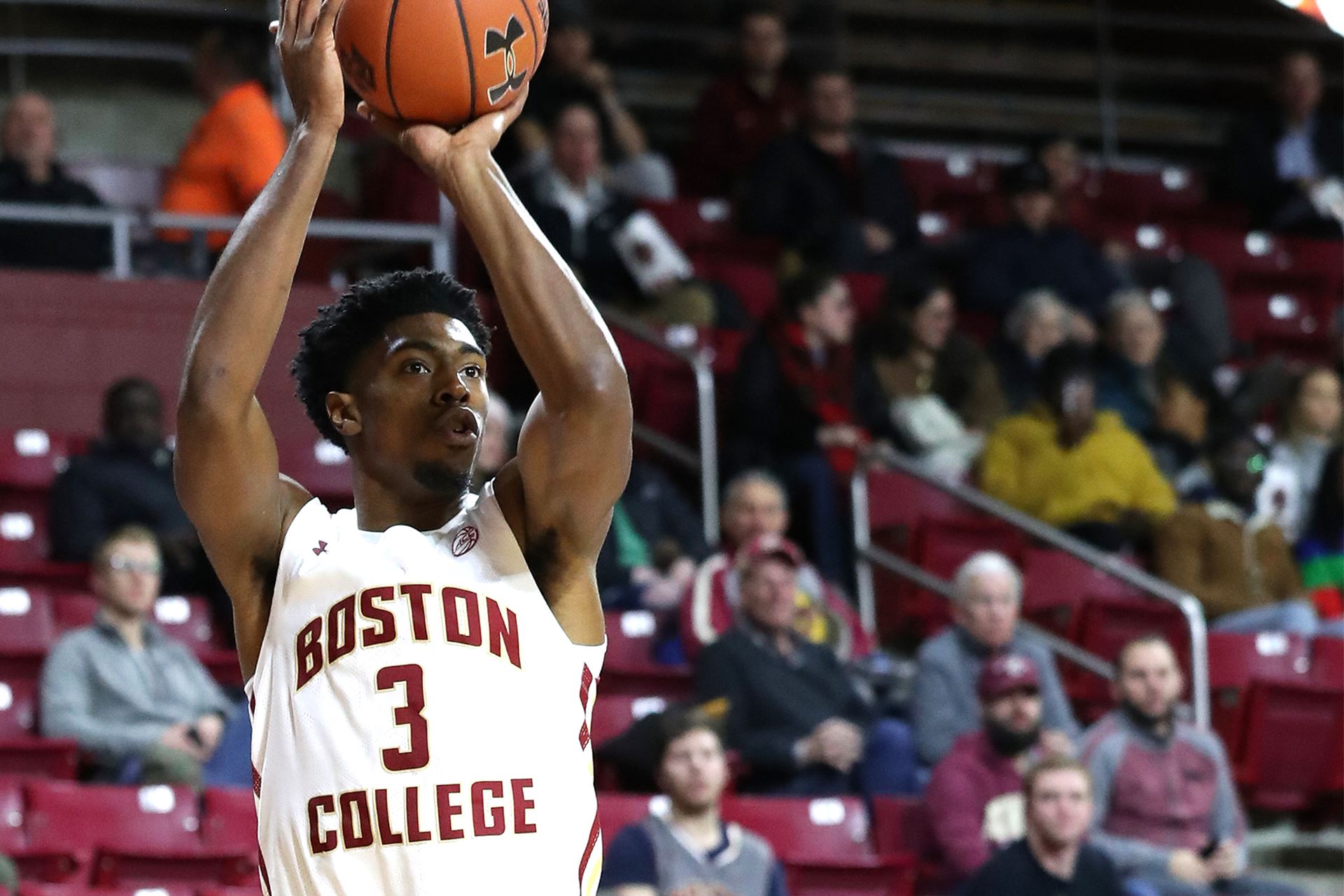 The Boston College Eagles (3-0), began play on Wednesday night in the eighth edition of the Gotham Classic. Their first test came from a team they had never played before, the High Point Panthers (0-3). This was the first of four games for BC in this event and they got off to a good start by holding the Panthers to 25 % shooting for the game and winning 59-33.

Not that Boston College was much better at shooting the ball themselves, shooting 36.9 % for the game. But defense would be the calling card on this night and the Eagles were better than High Point in that area. They would force 29 Panthers turnovers which led to 24 Eagles points. They did not allow the Panthers to score twenty points in either half (18 in the first, 15 in the second). On a night when putting the ball in the basket would be tough at times, the Eagles did enough of that to get their third win of the season.

BC jumped out to a 10-0 lead right off the bat. Jared Hamilton had five of those points (12 for the game). High Point’s best moments of the game came right after that first Eagles run. They would score the next seven points to get back to within three at 10-7 with 14:59 left in the first half. Baskets by Denny Slay, the only player in double figures with 10, and five in a row from Curtis Holland III would trigger the run. Holland would score again, this time a layup in the paint to give him seven first-half points and keep his team down three at 14-11 with 8:38 to play in the half. When Rob Peterson III hit a three-point basket with six and a half left in the first, High Point was only down two at 16-14. Maybe a ballgame was to happen after all.

Boston College stopped any idea of that taking place. An 11-0 run by the Eagles put them back in control. Hamilton was once again in the middle of it with five of those points. A layup and a three-point make had BC up 27-14 with just under three minutes left in the half. They would go to the break up fifteen at 33-18. The Panthers had only three assists on seven made baskets. Taking care of the ball was a major problem as they turned the ball over 14 times in the first twenty minutes.

The second half did not get any better for the visitors as they would go scoreless for the first ten minutes of the half. Meanwhile, the Eagles were putting the finishing touches on win number three with a 10-0 run to put the game away. Hoops from Steffon Mitchell (10 points) and four from freshman Jay Heath (game-high 14 points), led the Eagles charge. They would never be challenged by the Panthers for the rest of the night. BC got a chance to clear the bench with 1:29 left to play.

After the game, BC head coach Jim Christian talked about how he “liked his defense for the whole night.” He thought they made “good decisions with the ball unlike what happened last Sunday in South Florida when they turned the ball over 27 times. He said, “games like that will happen and you just have to fix them.” On Wednesday night, it appeared they did. Steffon Mitchell liked the fact that the “team has bought into every little detail.” The coach had high praise for Hamilton by saying he has become the “Captain of our defense.”

Boston College will play game two of this event on Saturday afternoon when they play host to Belmont.