If you’re new to fantasy football, drafting a team can be challenging. I still remember when I started my first team. I lost almost every game and had absolutely no idea what I did. I barely won my first game after scoring approximately 51 points which is extremely minimal by fantasy football standards. Since I was a rookie at this 13 years ago, I decided to draft three teams. The second didn’t fare much better but my third team ended doing much better.
My third team started 6-7. Everything looked grim and I thought all three of my teams were busts. Then, a miracle happened. That was the year that the Chicago Bears ended up being the NFC Champions before losing to the Indianapolis Colts. I picked up three key free agents in quarterback Rex Grossman, Kicker Robbie Gould and the Chicago Defense and Special Teams unit (DST). I won the final three games, made the playoffs by an eyelash then won the league championship.
I won an additional six championships after that while drafting one or two teams per year.  There are key strategies for 2019 that should work to perfection:
1. Don’t fall for the traditional draft two running backs early tip- The experts and champions traditionally use the strategy of drafting running backs in the first two rounds. This method is not used as often as it used to be as the NFL became more of a passing league in the last decade. Although anyone with the first overall pick will likely take New York Giants running back Saquon Barkley, that doesn’t automatically mean that person will draft another running back in round 2. In fact, it would be better to draft either 2 receivers or a receiver and a running back in the first two rounds.
Detroit Lions running back Kerryon Johnson or Denver Broncos running back Phillip Lindsey can be a third-round steal. 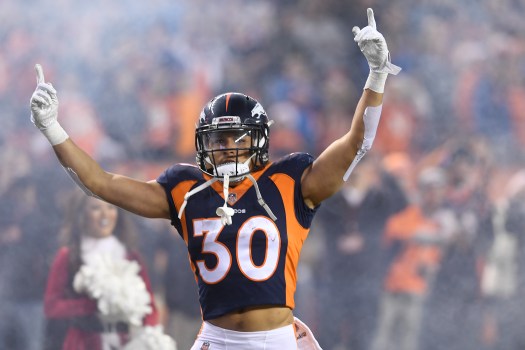 2. Avoid bias unless there is a benefit- Drafting your favorite players from your favorite team doesn’t always pan out. Although drafting three or four Cleveland Browns will be the cause of envy, it’s generally best to avoid bias. Who wouldn’t love to quarterback Baker Mayfield, wide receiver Odell Beckham, running back Nick Chubb and tight end David Njoku?
Drafting the best players regardless of your fan allegiance is a must to win. Browns fans will probably face drafting Pittsburgh Steelers running back James Conner and wide receiver JuJu Smith-Schuster for example to build the best team.
Also, it would be best to ignore off the field drama if your team benefits from you ignoring such issues. It’s ok to draft Tyreek Hill and possibly Kareem Hunt if they are available in late rounds. Don’t forget both players are suspended so it would be best to draft them as backups if possible. You may feel like passing on these players based on their actions but most fantasy football players will have issues with this off the field conduct. It’s still best to draft these players late because they help pad stats when they are on the field. Sometimes, it’s best to disregard personal feelings if you want to win.
3. Draft star receivers right away- Receivers get you tons of points. The player that drafts three-star receivers could win the league and win 12 or more games easily.  If anyone drafts a group like DeAndre Hopkins, Devante Adams, and Amari Cooper, you might as well hand that person the trophy.
4. Appreciate the rookies- Never underestimate the stat accumulation potential of the rookies. Drafting potential studs like D.K. Metcalf and N’Keal Harry may actually work.
5. Practice, practice, practice- Practicing your draft is a must if you want to use the best strategies. www.DraftWizards.com is an excellent way to practice and you receive a grade each time.
Facebook
Twitter
Pinterest
LinkedIn