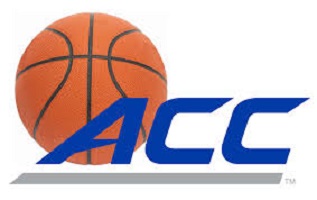 It’s a busy time of year in the Atlantic Coast Conference.  Over the next four days, a total of twenty games will be played versus non-conference opponents as every team starts to look ahead to what’s on the horizon in league play.

If there is a team that you could call road warriors, it’s the Virginia Cavaliers. They have won ten straight road games which is ninth-best in ACC history.

The conference has played its share of ranked games so far this season and done very nicely. To date, the league has played twenty such games and have gone eleven and nine in these matchups. Next one on the docket is on Thursday night at Madison Square Garden when Duke takes on Texas Tech.

Is it time to start worrying about the Syracuse Orangemen?. At seven and four, the Orange have struggled so far in non-conference play. To add to the discomfort Syracuse fans might be having with this team. For the first time since 1975, the Cuse have lost back-to-back games at home in the non-conference schedule. Last Saturday to ODU and on Tuesday night to Buffalo.

North Carolina has been an interesting team so far. They have been very good at scoring the basketball leading the conference in scoring offense at 94.3 a game. But what is a little unlike the Tar Heels, is they are last in scoring defense at 75.3 a night. Can’t be making Coach Roy Williams a happy guy.

The ACC rookie of the week is Boston College backcourt freshman Wynston Tabb. He ranks fifth in the league in scoring at 15.3 a game. That number also has him 28th in the nation. Tabb is the only freshman nationally to average 15.3 points, 4.6 boards, 2.9 assists, and 1.1 steals. On top of all that, he is #13 in the league in minutes played averaging 32.70 minutes a night.

A bit of a milestone could be in store for Eagles head coach Jim Christian. On Saturday, the Eagles will travel to Chicago to play DePaul. A victory by Boston College will give Christian 300 wins in his career. (299- 237, and 56- 85 at BC).