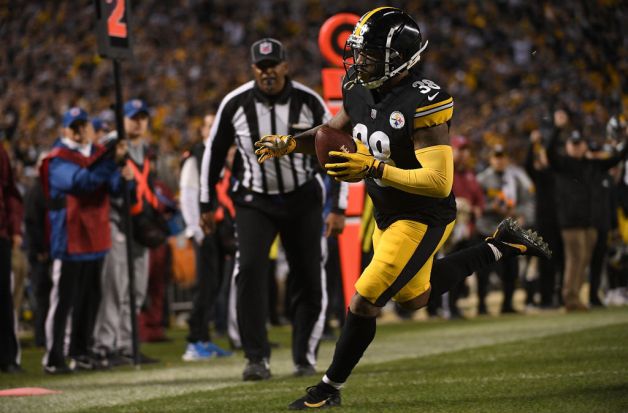 PITTSBURGH, PA - DECEMBER 02: Jaylen Samuels #38 of the Pittsburgh Steelers runs into the end zone for a 10 yard touchdown reception in the fourth quarter during the game against the Los Angeles Chargers at Heinz Field on December 2, 2018 in Pittsburgh, Pennsylvania. (Photo by Justin Berl/Getty Images)

If the Pittsburgh Steelers (7-4-1) have any plans for a playoff run, they had better find a way to wake up from their funk when they visit the Oakland Raiders (2-10) this Sunday afternoon.

Pittsburgh was rolling along on a six game winning streak before dropping the past two games in which they had total control over. Untimely and backbreaking turnovers cost them in Denver. Bad officiating and head scratching defensive schemes led to a stunning 33-30 loss to the Chargers last week.

To boot, Steelers running back James Conner will be out at least this week with an ankle injury. Jaylen Samuels and Steven Ridley will look to pick up the numbers lost with Conners out.

With the Baltimore Ravens just a half game behind them, this is a must win game for Pittsburgh, which faces New England and New Orleans the next two weeks after Sunday.

The Raiders are a horrible team defensively, especially against the run where they are giving up 153.3 yards per game. Even with Conner out, the Steelers have to find a way to be more balanced in their offensive attack.

“We’re going to still address it as trying to be as balanced as we can, run when we can run,” Pittsburgh offensive coordinator Randy Fichtner said. “It all comes down to efficiency.”

Samuels has his teammate’s confidence in him.

“Nothing changes with Jaylen or Ridley in there, absolutely nothing at all for us,” guard Ramon Foster said. “We’re going to be a group of guys (on the offensive line that says), ‘Hey, this falls on our backs. We’re gonna get this done, and that’s that’ whether we’re running it 12 times or we are running it 22 times.

“The volume we get, maybe we get more yards, too. … If Ben wants to throw it, or if we are in a better situation where we have 500 yards passing, that’s fine, too. It’s all about getting a win.”

Roethlisberger will no doubt reach the 5,000 yard passing yards plateau soon this season. he has 26 touchdown passes, but also has 13 interceptions. Big Ben, like any other big time quarterback wants the game and the ball in his hands when the game is on the line, but at the same time…

“It’s just a matter of how you say it. That throw he made the other day, moving to the left, a 50-yard strike to AB, back of the end line between two people. Not many people are making those throws,” Fichtner said. “The ones that are, you know their names. Rodgers. Brady. Brees. We’re talking about the best players in the game.

“And sometimes you are like, ‘Wow, come on, Ben, you can’t make that play every time,’ and sometimes it bites you.”

It’s put up or shut up time for the Steelers. Against a bad team like Oakland, Pittsburgh needs to come out and bury a team that is giving up over 30 points per game. The defense has to find a way to start creating turnovers, and it starts by abusing Derek Carr every time he steps back to pass. The Raiders have one real receiving threat in Jared Cook, so it would be advisable to find a way to neutralize him at all costs. Coach Tomlin and his assistants have been horrible the past few weeks in making any adjustments that puts their team into a position to win games. If the Steelers truly believe, to a man, that they are Super Bowl contenders, then this is a game where you come in and dominate a team that has barely half the talent you possess.

Jaylen Samuels was a beast at N.C. State, and is fully capable of filling in while James Conner is injured. He is a smart runner, and a weapon to be utilized in the backfield passing game. Ben Roethlisberger needs to start trusting in his run game more often rather than putting the game on his shoulders every time. Look no further than how New Orleans, New England, and the LA Rams run their offenses. That is how the Steelers should aspire to be. It’s not all about style points… it’s just about points, period. Get the job done and prepare yourself for the two hardest games on the schedule. This is where the Steelers season continues or ends…

Ben Roethlisberger has been on fire during the Steeler’s winning steak. Big Ben’s big arm, along with his uncanny ability to slip out of the pocket and extend plays makes him one one of the league’s best.

What more can you say about Antonio Brown? He is the league’s best wide receiver. His dedication and drive to be the best is unmatched by any player in the league. JuJu Smith-Schuster heads into his 2nd season and has picked up where he left off. Speaking of rookies, James Washington was a Camp favorite of Roethlisberger, and could quickly establish himself as a dangerous weapon in the slot as the 3rd receiver. Justin Hunter is a nice deep threat, but is now injured. Darrius Heyward-Bey is mainly used on special teams. Ryan Switzer has been good in the return game, but has also established himself as a reliable target for Roethlisberger out of the slot.. 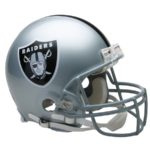 A look at the Oakland Raiders!

Derek Carr hasn’t been the same since his injury and the end of the 2016 season, but has shown a little improvement over the past few weeks. He has 16 TD’s to go with eights interceptions. He has been sacked 38 times.

Doug Martin is the lead back with Marshawn Lynch injured. Jalen Richard is a threat out of the backfield with 56 receptions so far this year.

Jordy Nelson isn’t what he was at Green Bay, but he leads all Raiders receivers with 35 catches for 450 yards and three scores. Seth Roberts and Marcell Ateman are Carr’s other choices in the passing game.

Jared Cook is the team’s leader with 54 receptions and 709 yards receiving. He also has seven touchdowns.

As bad at it gets. The Raiders only have 10 sacks on the year and are giving up 30.6 points per game. 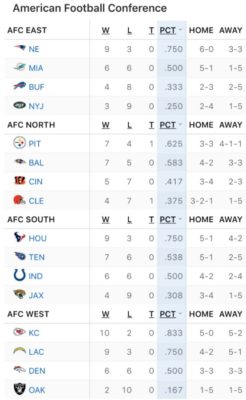 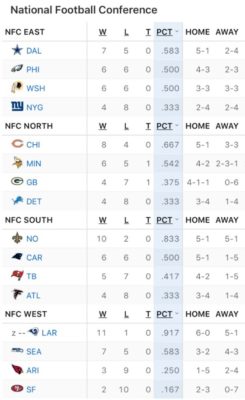