Being a Fan Means The Pain Is Real

Yeah, this one hurts. A lot. More than I thought it would.

I am actually surprised how much this one hurts as a sports fan. I have become so used to being disappointed as a Capitals (and Orioles, Cowboys, & Notre Dame) fan that playoff losses and failures have almost become par for the course. I get my hopes up and crushed like clockwork every fall with football and springtime as a hockey fan that once the postseason begins I actually anticipate being let down.

This hockey season seemed different. After last year’s Capitals typical 2nd round loss, the team started to go through changes. There was a lot of new and fresh faces as injuries and roster turnover forced call-ups from Hershey and the team to struggle at times during the regular season. Instead of clinching a playoff birth in late February and the President’s Trophy in mid-March, this year’s Capitals actually began to come together in the late season and seemed primed for a long playoff run (as much as history proved otherwise). 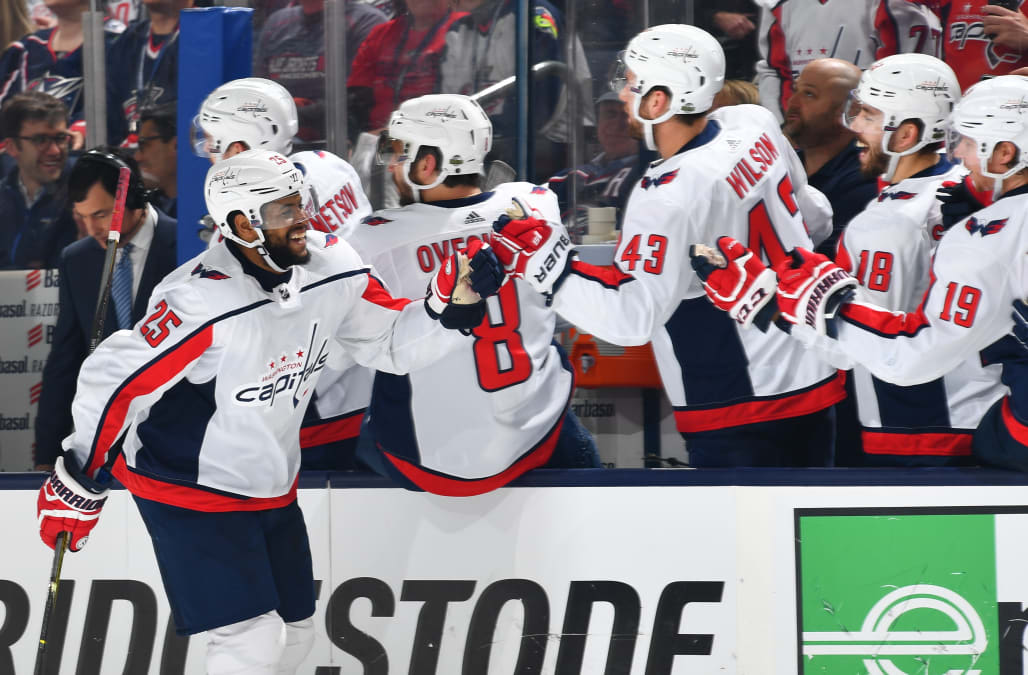 An opening round bout with Columbus started as poorly as possible with two straight losses, but the resilient Capitals rattled off four straight to clinch in six games. Then they met….THEM. The familiar foe. The arch rival. The Pittsburgh Penguins. A fun and hard fought series saw these Capitals FINALLY eradicate the team that has haunted them for years. For the first time in a long time, things actually felt right and okay with the Caps in the playoffs.

Eastern Conference Finals versus Tampa Bay Lightning. The Caps entered the series as the road underdog but dominated the Lightning to two seemingly easy victories. “Is this really happening?” “This isn’t normal.” “Is this real life??” “Could this actually be the year???” All real thoughts/questions that went through my head. But that last one has now proved to be the most dangerous and heartbreaking.

“Could this actually be THE year??”

I was 10 years old when last I saw one of my major sports teams win a championship.

And it’s been exactly 20 years since the Capitals went to a Stanley Cup Final.

Somehow, after all of the heartbreak and disappointment for so many years…this year actually felt like it might be different. And then Game 3 happened. Then Game 4…and the series was tied. But maybe Game 5 would be different. It was on the road, where the Capitals have been much better this postseason. And then 19 seconds into period number one, the Lightning scored their first goal. Not a good game and not a good night. Luckily, I was at a friend’s house for a cookout so I was able to be distracted from the nightmare shining light into the evening air from my iPad.

The Lightning led the game 3-0 before, in typical Capitals fashion, they fought back to make it 3-2. A fury of shots and chances late in the game’s final frame made me hope that this team might actually tie it. But, as it normally does, the buzzer sounded and once again the Capitals and their fan base stare at elimination and wonder “how did we end up here again?”

For the first two rounds of the playoffs, I was able to brush losses off because I honestly didn’t have great expectations for this team. I didn’t have that typical hope that I normally do as fan…but after that GLORIOUS night when the Caps eliminated Sidney Crosby and the Penguins, I began to hope and wonder. And remember that dangerous question I asked myself, “Could this actually be THE year??”

Sadly, it looks like it won’t be the year. Monday night at 8 pm ET, the Caps take their home ice at Capital One Arena for what could be their final game of the season. They’re on the brink of elimination. I am not sure how to feel about it. The level of disappointment I have right now is palpable. “I can’t believe they’re gonna do this again” is something I’ve thought and said out loud more times than I can count in the last 14 hours. It’s honestly hard to believe that 1 week ago the Caps won Game 2 and looked prime to not only win this series but that it could happen in four or five games. How did it happen? Why did it happen again? Those things I don’t know

What I do know is this….tomorrow night, I will put on a different Capitals jersey and hat (yes, gotta switch it up after a loss) and I will be watching every painstaking second of ECF Game 6. Because that’s what a die-hard fan does. We support our teams through every high and low. We don’t abandon our teams because of failures. We don’t hop on bandwagons because we enjoy the feeling of victory. We don’t only watch during the playoffs. We watch or listen to every game. We suffer through every loss and rejoice for every win….. because IF they finally win that elusive championship, all of that heartbreak will be worth it.

Maybe this year is different. Maybe the Caps will fight back and win Games 6 & 7. Maybe….just maybe……