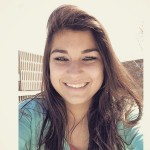 The sports world has been gaining massive attention lately as it appears that big-time Division 1 basketball players have gone against NCAA violations in terms of the amateurism policy. It was recently discovered that players, including Michigan State forward Miles Bridges and former Seton Hall star Isaiah Whitehead, have received compensation for their performances, unbeknownst to the NCAA. This violates the NCAA’s amateurism policy, which requires that all eligible athletes are not to be paid for their performances on the court. With as big as college sports are, people generally have an understanding that athletes are not to be considered professionals, so the athletes that have been receiving money for their performances are no longer considered eligible to be college basketball players. Moreover, they could lose their scholarships and spots on rosters.

NCAA President Mark Emmert released a statement this past Friday to address the latest developments in the scandal. He said, “these allegations, if true, point to systematic failures that must be fixed now if we want college sports in America. Simply put, people who engage in this kind of behavior have no place in college sports. They are an affront to all those who play by the rules.” Emmert reassured people that he and the NCAA Board of Governors are doing everything they can to try to improve the game of college basketball and ensure that every player on the roster is playing the game with integrity.

As a result of all of this, I can potentially see the “March Madness” tournament get placed on hold. This is due to the fact that the NCAA will have to investigate this situation thoroughly, and make sure that they have found all of the athletes that were involved in the rule-breaking. This could take awhile, and it would reflect badly on the NCAA if they take this lightly and let all players compete in the March Madness tournament. Although it is unlikely, it is a possibility with everything that is being brought to light in this situation. It also raises a question about other college sports, and if this is an issue across the board or only with basketball players? Now that this has been publicly exposed, it is crucial for the NCAA to investigate all of their athletes. It will be interesting to see where this saga goes, so stay tuned!