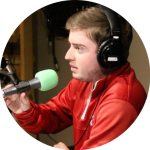 The first drop of snow touched down on the Liacouras Center last night, but that did not stop the excitement leading up to this matchup between the Temple Owls and the Saint Joseph Hawks in another Big Five showdown. The Owls topped the Hawks 81-78 to improve to a 6-2 on the season. A headline well noting is the history and friendship between two historic coaches in the Philadelphia market.

Temple head coach, Fran Dunphy, has had a long relationship with the head coach of Saint Joseph, Phil Martelli. They are both key assets to the charity event coaches versus cancer that they both help fundraise every year and are both coaches in the Big Five. The Big Five brings out the best in all players and coaches, and these showdowns represent what the city of Philadelphia is all about.

“We finally beat an A-10 school”- Fran Dunphy

Temple’s only losses have come at the hands of both George Washington and La Salle, who are both in the Atlantic Ten. Temple started the season on the road with six straight away games, so it was important to take care of business at home, especially against a weak Saint Joe squad.

The game started out slow for the Owls, as the Hawks went on a 14-0 run to open up the lead to 17-8. It was interesting as Fran Dunphy pointed out he wanted to let his players try to figure it out themselves and did not regret not calling a timeout.

The media timeout allowed Temple to refocus, as they went on their own 10-0 run. Leading that run was Shizz Alston Jr with back to back threes. He was by far the best player for Temple in the first half. He was putting on a show from beyond the three-point line. He put up four three-pointers and looked unstoppable. Over the last four games, he is shooting over 50% from three.

“I just started to go in before classes and work on my form, I think that has a huge part of my improvement from long range”- Shizz Alston Jr.

As an added side note, Shizz Alston missed a free throw for the first time since December of last year.

Temple got a head of steam and finished the half up 40-29 over the Hawks. A key addition to points that have not been contributing was the presence of De Vondre Perry, who had back to back threes and finished with nine points at the half.

Quinton Rose is putting on a show for @TUMBBHoops! pic.twitter.com/RhjRvU1rhJ

There was a Golden State Warrior scout, Jeff Hager, who was sitting next to me and he was amazed at the skill that Quinton Rose has as a sophomore. Quinton Rose efficiency was +24, the highest on the team, and he put on a show for the fans. He played a team-high 37 minutes as well as recording a double-double (15 points, 10 rebounds).

The game seemed to be going in the Owls favor being up 74-57 with 5:24 left in the second half. Rose had a beautiful dunk assisted by Alston Jr to get the fans going wild. The problem with this Temple team is their inability to finish games strong. Somehow, the Hawks got right back into this game. This happened with the play of freshman forward Taylor Funk of Saint Joe. He checked in and got nine points in a span of three minutes to make it a 76-72 game.

Funk was silenced as Temple adjusted their defense and Saint Joe did not make a three from that point on. Josh Brown came up clutch at the end knocking down five free throws to cap off the 81-78 victory for the Owls.

A big concern though was the play of Obi Enechionyia, He had four points total and went (1-8). He is supposed to be our veteran leader and a guy the young guys look up too. Since his freshman season till now, he has not lived up to the hype coaches and the media portray his abilities to be. Congratulations, hitting threes is awesome but to be an all-around big man, you have to be able to work the ball inside and Obi cannot do such a thing. So, if he is having a cold night shooting threes (0-2) today, then he is a worthless body out on the court. If Temple wants to beat teams like Villanova and Wichita State, NCAA Tournament opponents, he must become an all-around player.

Up Next for the Owls

The Owls take on the Villanova Wildcats at home December 13th at 7 pm. Another Big Five matchup for the Owls looking to improve to (2-1) in Big Five play. This will be a huge test to see how good they are at this stage in the season. If the Owls can knock off the fourth-ranked team in the country, an NCAA Tournament berth will appear inevitable. It will be Jay Wright vs Fran Dunphy, so we will see you there. 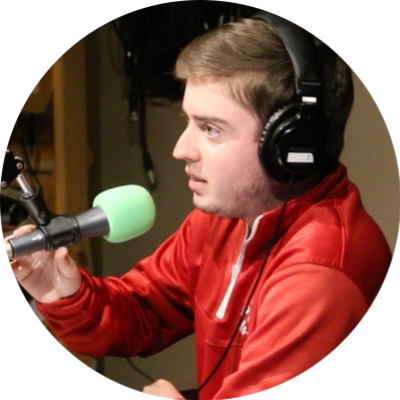