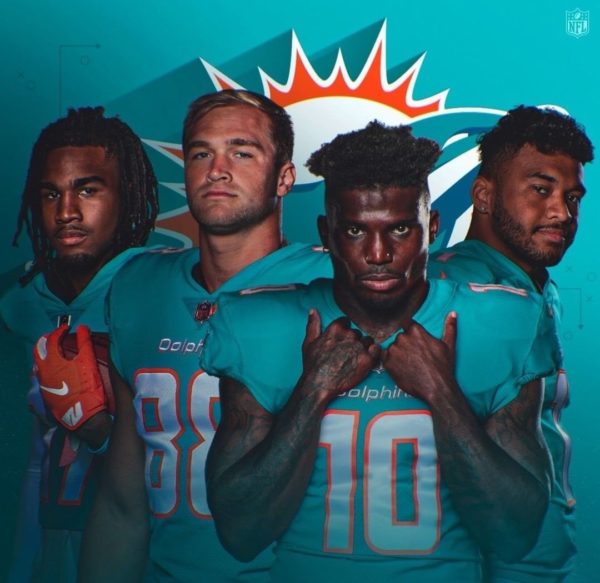 The 2022 NFL regular season will start in three months. Fans anticipate new possibilities for their teams and favorite players. Here are five bold predictions for the 2022 season.

The Miami Dolphins made a splash trade with the Kansas City Chiefs for Wide Receiver Tyreek Hill. This will lay off since they already have Jaylen Waddle. The offense will feature too much speed for most defenses to handle. This will depend on Tua Tagovailoa’s progression but he has enough experience under his belt to lead the offense. The Dolphins also feature several playmakers like Cornerback Byron Jones, Cornerback Xavier Howard, Defensive End Emmanuel Ogbah, and rookie Linebacker Channing Tindall. It’s going to be a big year for the Dolphins. Will this team make the NFL playoffs?

Yes, you saw that right, the Browns’ defense will finish the 2022 season as one of the top defenses in the NFL. This team features a plethora of top-level defensive talent with Myles Garrett, JaDaveon Clowney, Jeremiah Owusu-Koramoah, Denzel Ward, Greg Newsome, John Johnson III, Grant Delpit, and rookie Defensive Tackle Perrion Winfrey. Those are the key players for the Browns in 2022. We have no idea what the offense will do because of the situation with DeShaun Watson possibly facing a season-long suspension and Baker Mayfield will almost certainly be traded or released before the season begins.

At least four running backs will finish with 13 or more touchdowns.

The running backs will be an important factor for teams this year. If the running backs can stay healthy this year, there’s almost a guarantee that at least four running backs will tally 13 or more touchdowns in a 17-game schedule. The biggest names to pay attention to are Colts Jonathan Taylor, Browns Nick Chubb, Titans Derrick Henry, Bengals Joe Mixon, Cowboys Ezekiel Elliott, and Packers, Aaron Jones.

Now that he has an upgraded offensive line, Burrow should be able to avoid a major injury this year. Now that he suffered two major Injuries, some critics may be quick to point out that Burrow could actually regress. However, that seems extremely unlikely given that his offensive line is better and he has way too many great receiving options. He has Ja’Marr Chase, Tee Higgins, and Tyler Boyd to throw to. Also having Mixon take the pressure off is always a bonus.

Marcus Mariota is more of an NFL journeyman than a sure starter. Even so, with his level of experience, the Falcons will likely start him in Week 1. However, Ridder will impress the coaching staff so much that they will decide to start him in Week 4 or sooner. Ridder has way more upside than Mariota. The thought of having Ridder throw to rookie Drake London and developing Tight End Kyle Pitts is too promising to ignore.