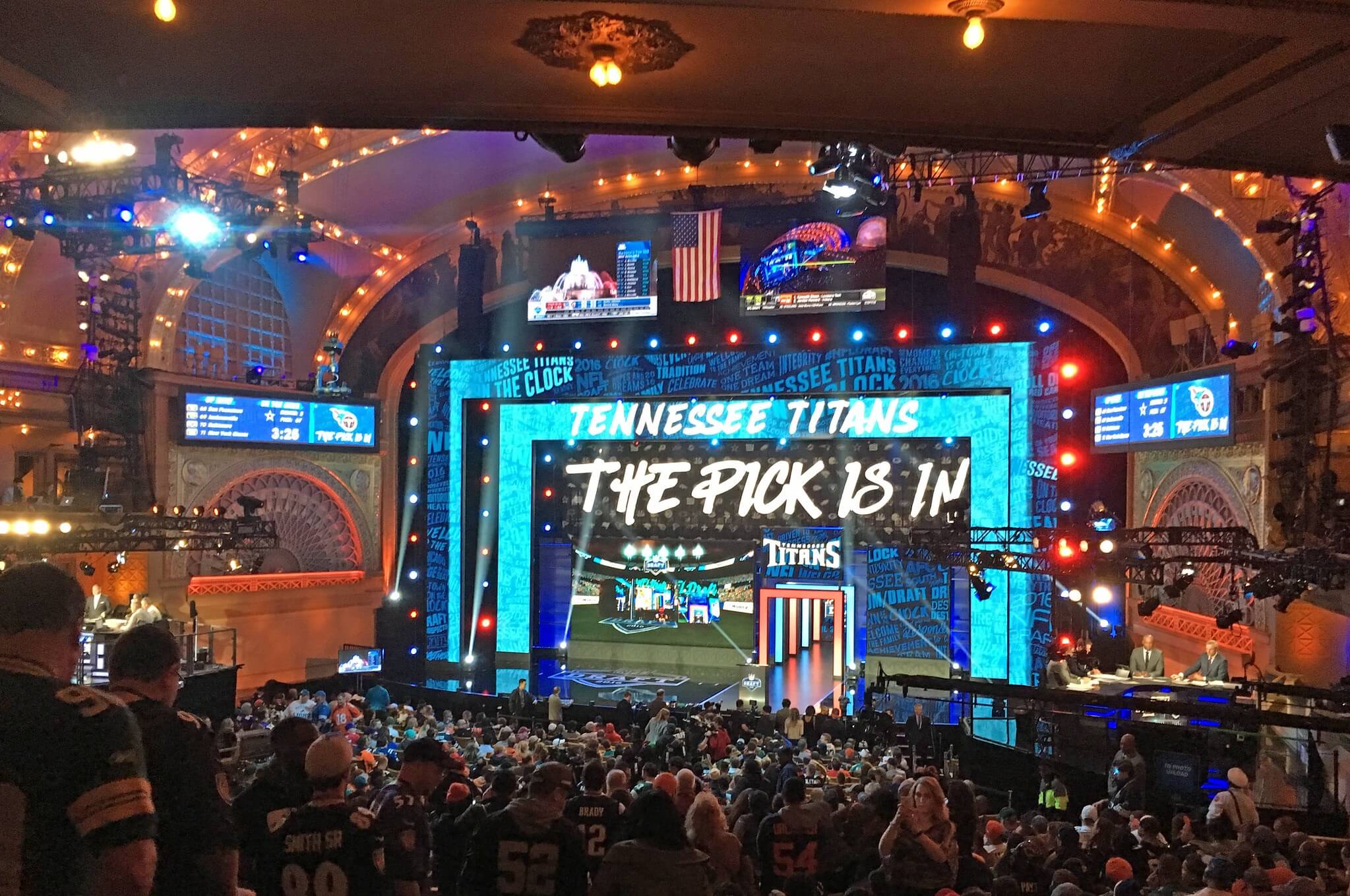 LAS VEGAS- The 2022 NFL Draft was probably one of the oddest drafts of all time. There were so many unexpected twists and turns that no one saw coming. All the projections and simulations everyone did meant absolutely nothing. The one thing viewers found out right away is NFL teams clearly saw things differently than the fans and media. Perhaps this was always the case but the 2022 draft made this point even more clear.

The draft started with an anomaly of a pick by the Jacksonville Jaguars. They selected defensive end, Travon Walker, out of Georgia. It seemed obvious the Jaguars would take Aiden Hutchinson out of Michigan first. That was not the case. In fact, with the second overall pick, the Detroit Lions selected defensive end, Hutchison, out of Michigan. Suddenly, the draft looked like it would return back to “normal”. However, the Jaguars’ selection was only the beginning of the anomalies of the draft.

The expectation was there would be a run at defensive ends and wide receivers. However, with the fifth overall pick, the New York Giants selected Kayvon Thibodeaux, defensive end out of Oregon. It was a very smart and excellent pick. It wasn’t all that unusual. What was unusual is that three of the first five selections were defensive ends.

From that point on, the draft became even stranger. The New Orleans Saints traded up to the eleventh overall pick and selected Chris Olave out of Ohio State. During a show with NGSC Sports founder Ralph Garcia and podcast host Robert Conley, we discussed just how shocked we were that the Saints traded up and the fact they selected Olave over Alabama receiver Jameson Williams. Williams seemed like the better overall talent and the obvious choice. Olave likely would’ve been available later.

The odd decisions of the draft became so much stranger as the first round on Thursday night continued. The Tennessee Titans traded receiver AJ Brown to the Philadelphia Eagles and selected wide receiver Treylon Burks out of Arkansas. On the show, we attempted to figure out why the Titans did this. While we “scratched out heads”, we wondered was there unknown locker room tension or was this purely a business move due to a contract dispute. It turns out the Titans could not agree to a contract extension because Brown wanted a mega-deal which likely would’ve made him the highest-paid receiver in NFL history. The Titans said no to that and decided to move on from Brown and trade him to Philadelphia in order to select Burks. He has been compared to Brown so all in all, it wasn’t a terrible move but many Titans fans were upset about that decision. Perhaps it will work out for the Titans. Only time will tell.

There were also several players taken at unexpected times that would’ve been available in round two. The Washington Commanders selected Jahan Dotson out of Penn State. The more obvious choice would’ve been Christian Watson out of North Dakota State but the Commanders favored Dotson over him. It was an odd choice but it further illustrated the difference between what reporters thought of the prospects and what the general managers thought of the prospects.

During the second round, the Cleveland Browns traded from the 44th overall pick to Houston Texans for the 86th overall pick. Surely the Browns wanted wide receiver Alec Pierce out of Cincinnati. Cleveland selected cornerback Martin Emerson out of Mississippi State which wasn’t an expected selection at all. Cleveland also selected Alex Wright, defensive end out of UAB. There were other edge rushers the Browns could’ve selected but Wright is a defensive end with a lot of upside. But will need excellent coaching to get the most out of him. Then the Browns made a few expected selections with wide receiver David Bell out of Purdue. The Browns followed up with the brilliant selection of Oklahoma defensive tackle Perrion Winfrey. Winfrey somehow unexpectedly fell to the fourth round at pick 108. This shouldn’t have happened but it did. The Browns selected kicker Cade York out of LSU which is normally way too soon to draft a kicker. Usually, kickers are sixth and seventh-round selections.

The NFL draft also featured 35 trades. The record was set in 2017 with 38 trades in the draft. With the number of trades and a few reaches, this draft was one of the craziest, most unpredictable drafts in NFL history.