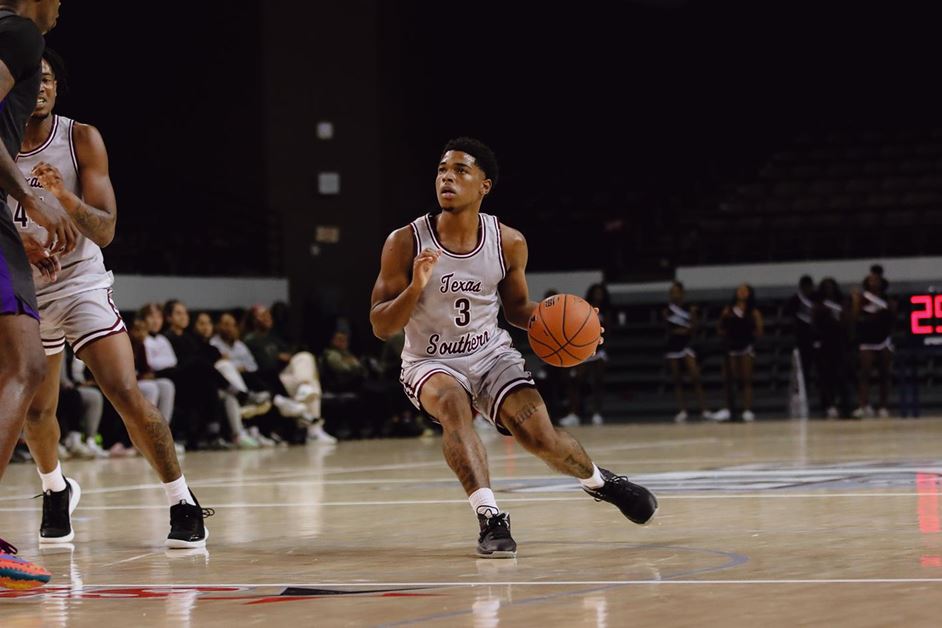 Even though UAPB entered Monday’s game on the opposite end of the SWAC standings, they’ve had recent success against TSU in Pine Bluff with three wins over the past five years.

The Golden Lions hung with the Tigers early on by virtue of the three-point shot as Shawn Williams nailed two three-pointers back-to-back to remain within 13-11 at the 14:13 mark. Bryson Etienne would answer with a trey for a 16-11 lead but UAPB was right there again to draw within 16-13 after Omar Parchman’s jumper.

TSU would begin to create separation over the next few minutes as freshman Davon Barnes sparked a 9-3 run as the lead grew to 25-16 after Brison Gresham’s bucket. However, UAPB shot themselves right back into the game over the next 1:42 as Brandon Brown scored seven of UAPB’s nine points during a 10-4 run which saw them draw to within 29-26.

Similar to Saturday’s second half at Mississippi Valley State, TSU did the same early as they opened with an 18-8 run led by Gresham’s seven points while holding UAPB to only three field goals during that span. Ahead 61-41, it appeared TSU pretty much had the game in hand with 10 minutes remaining.

The ghost of UAPB’s past would be summoned as the Golden Lions woke up and outscored TSU 27-9 over the final 9:49 to tie the contest at 68-all after a pair of free throws from Williams with 53 seconds left. With the crowd back into the game and a potential upset looming, TSU head coach Johnny Jones would take a timeout to settle the team down and get them in position to get a much-needed basket.

Henry would take matters into his own hands on the final possession as he drew the UAPB defender out before stepping back with a jumper for a 70-68 margin at the 25.3-second mark. UAPB would take a timeout and went for the win as Williams’ three-pointer rimmed out followed by a second desperation attempt with no time remaining.

Gresham led TSU with 13 points and two blocks while Henry and Barnes both had 11. Justin Hopkins chipped in with 10 points while Henry also grabbed seven rebounds and had four assists and three steals in 38 minutes of action.

TSU is back in action on Saturday against Jackson State at 7:30 p.m. inside the H&PE Arena.