America East Basketball News & Notes: The Second Half is Underway 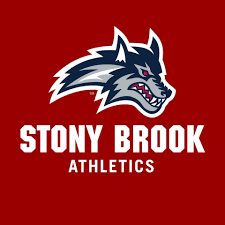 The second half of the America East Basketball season is underway. However, the news is not rosy. Over the past couple of weeks, a story has come to light that puts the business of college sports front and center. Stony Brook University has decided to leave the conference and move on to the Colonial Athletic Association in all sports effective at the end of the academic year. The move caught some in the league by surprise. It will come at a price to the school. First, the league of board presidents has determined that in accordance with the league’s bylaws the university will be ineligible for conference postseason tournaments for the rest of the year. The vote was unanimous and was reaffirmed at the request of Stony Brook. Second, the school may well have to pay an exit fee to go ahead and leave at the end of the spring sports season. For programs like the women’s basketball team which as of this writing was in first place in their league, the news may have been hard to accept. The league has not made a decision on how the postseason tournaments will be run. The only thing we do know is Stony Brook will not be a part of them. Now for the rest of the news.

It was a strong week for three of the men’s teams last week. Vermont just keeps on playing like the best team in the league and maybe the eastern seaboard. The Catamounts are 10-0 and have won 12 in a row. It is the third-longest win streak in the country behind Auburn of the SEC and Wagner of the NEC. Their Net ranking has moved up to 68th in the nation, and they are ranked at #11 in the Mid-Major Top-25 latest poll. For now, it is all about Vermont until someone finds a way to either slow them down or stop them.

Two other teams are starting to put a nice season together. UMBC got off to a bad 1-4 start. Since then, they have won five straight America East games. They are second in offense averaging 73 points a game. They are #1 in team FT percentage at 77%, and are number one in 3-point FG made at nine a game (188 in 21 games). Darnell Rogers is second in assists to turnover ratio at 1.9 78 assists to 38 turnovers. His assist total has him third in that race averaging 3.7 a game. L.J. Owens is second in 3-point FG percentage at 43% (43-for-100). UMBC is 6-4 in the league and 11-10 overall.

One year ago the Binghamton Bearcats were suffering through a 6-14 season. One year later, they find themselves in second place in the league at 7-4 and 10-10 overall. The seven league wins are the most since the 2009-10 season. The Bearcats have won four of their last six games. Binghamton’s latest win was a home victory over Maine on Saturday by a 69-60 count. They had four players in double-figures against the Black Bears with George Tinsley and Tyler Bertram combining for 29 points off the bench. The Bearcats are second in opponent FG percentage at 42% (488-1169), and they are #1 in opponent 3-point FG percentage 32% (157-for-486). Rebounding the basketball has been a strength of this team. They are number one in combined team rebounding at 38 (751 in 20G), #2 in both team offensive rebounding 11 a game (214 in 20G), and team defensive rebounding 27 (537 in 20G).

The Player of the Week in America East is Jacob Falko of Binghamton. He averaged 24 points, five rebounds, four assists, and two steals in a 2-0 week for the Bearcats. Last Wednesday night versus the Seawolves, Falko went for a career-high 29 points. He is 10th in the scoring race at 14 a game. This is Falko’s first career weekly award.

The Rookie of the Week is Keeshawn Mason of NJIT. Mason averaged 12 points and five rebounds in a split week for the Highlanders. On Saturday against Stony Brook, Mason scored a career-high 16 points. This is Mason’s first weekly award.

That’s all for this week. We will be back next week with more from the America East.