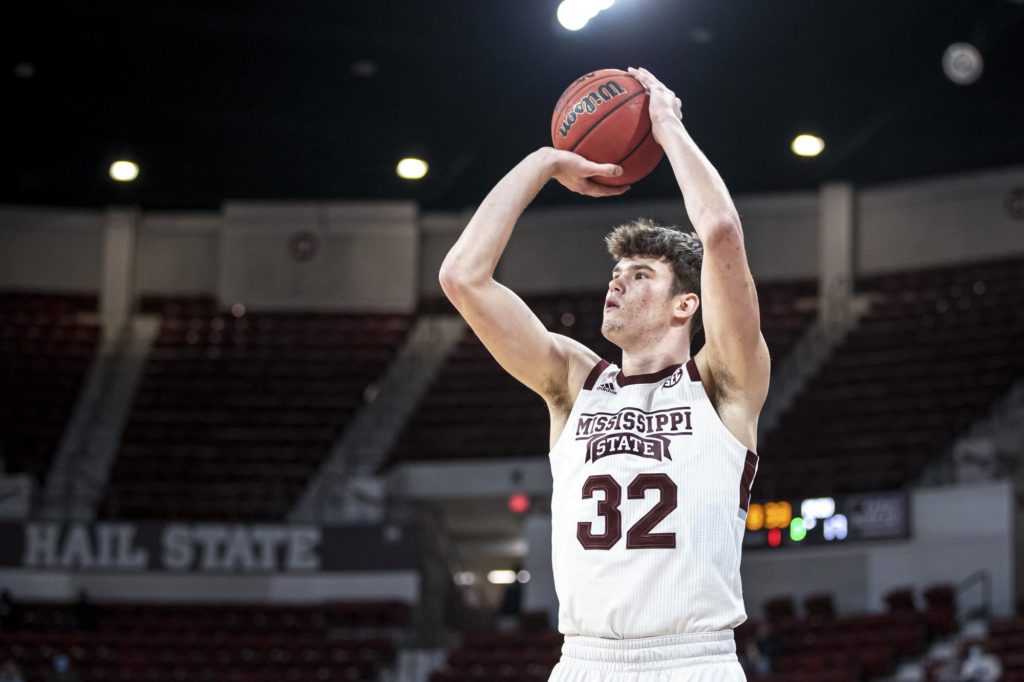 New head basketball coach Earl Grant has been busy since coming on board at the Heights. He has put together a new coaching staff, strength and condition coach, and has been tweaking the roster. Since becoming the coach, Grant has added two signings and now makes it three. Quinton Post, a seven-foot big man, has agreed to join the Eagles ACC basketball program after spending two years in the Southeastern Conference with Mississippi State.

Post will have three years of eligibility at Boston College. He played two seasons with the Bulldogs totaling 38 games. Post hails from Amsterdam, where he played some international basketball for his native country of the Netherlands. In 2019, Post was helping his team to a sixth-place finish in the FIBA U20 Championship that was held in Portugal. In the five pool games in which his team went 4-1, Post averaged 7.4 points, 4.1 rebounds, 1.4 assists.Post also recorded a double-double in that tournament. He is known as a good passing big man with a high basketball IQ capable of stepping out and knocking down shots from the premiere. At BC, Post will also be called upon to be a rim protector as well.

Playing time may be a reason for the change of scenery for the big man. As a freshman appearing in seven games, Post was named to the SEC first-year Academic Honor Roll for his work in the classroom. In 31 games during the 2020-21 season, Post saw action on the court. In nine minutes of playing time per game, Post averaged 2.8 points and 2.1 rebounds. Showing a bit of an outside touch, 10 of his 34 field goals were from beyond the arc. In 270 minutes of playing time, Post blocked 15 shots coming off the bench for a Bulldog team that advanced to the championship game of the 2021 NIT tournament.

Quinton will be joining a BC team that struggled all of last year. They finished the season with an overall record of 4-16 and an ACC conference mark of 2-11. They were outrebounded by a margin of almost four boards per game. Something that coach Grant hopes that Post can help his team improve upon. However, they were pretty good at blocking shots. The Eagles did swat 77 in the twenty games they played for an average of 3.9 per game. An inside presence is something that the Eagles have been looking for, and in Quinton Post, they hope they have found it.

Stay tuned for more ACC Basketball News and Notes as the season nears.